Putin admits he is 'alarmed' by Russia's Covid-19 spike

Vladimir Putin today voiced concern over Russia’s ‘alarming’ spike in coronavirus deaths, warning officials not to ‘pretend that all is fine’.

Putin told a government meeting that ‘the number of new cases is rising… and what’s most alarming – the death rate is increasing’, after a record high of 456 fatalities today brought the total to more than 34,000.

Like most of Europe, Russia has suffered a sharp rise in new infections but has stopped short of introducing strict new measures like Britain, France and others.

In a further blow today, smoke was seen billowing from Moscow’s Kommunarka hospital after a medical complex caught fire at one of the capital’s main coronavirus centres. 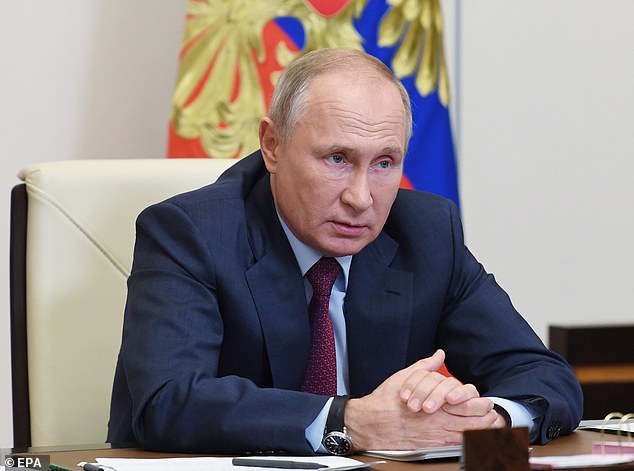 Vladimir Putin takes part in a government meeting by video-conference today from his residence outside Moscow, where he voiced concern about an ‘alarming’ rise in fatalities

Infections and deaths initially peaked in Russia in May and June before beginning a long decline which brought them down to relatively low levels by late August.

But they have since surged to new highs, with infections now rising by an average of 22,000 per day and the cumulative total reaching 1.99million today.

Only the United States, India, Brazil and France have confirmed more cases than Russia since the pandemic began.

Russia has already seen nearly 6,500 deaths in November, close to October’s tally of 7,178 which was already the highest monthly figure so far.

There have also been concerns that authorities are downplaying the severity of the crisis, with Russia’s per-capita death toll much lower than in other countries.

Data published by Russia’s federal statistics service earlier this month indicated excess deaths of more than 117,000 year-on-year between March and September, suggesting that virus fatalities could be much higher.

Putin acknowledged Wednesday that several regions were experiencing medicine shortages and long waiting times for ambulances but said authorities had a handle on the situation. 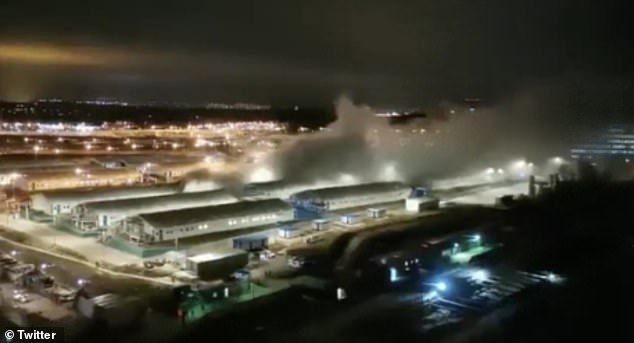 In a further blow today, smoke was seen billowing from Moscow’s Kommunarka hospital after a medical complex caught fire at one of the capital’s main coronavirus centres

Moscow, the epicentre of Russia’s outbreak, is better prepared for the second wave than the poorly-funded regions.

Putin added that regional heads should not sugar-coat the situation, noting that ‘it is completely unacceptable to pretend that all is fine’.

‘We went through this in the spring. We know what and how it needs to be done,’ Putin said, adding that vaccinations were on the way.

Russia in August registered the world’s first coronavirus vaccine Sputnik V – named after the Soviet-era satellite – but before beginning large-scale clinical trials, a move which alarmed many scientists.

The vaccine’s developers have since claimed that interim test results showed it be 92 percent effective, slightly lower than its international competitors.