When it comes to staying out of prison, all bets are off for a financial executive-turned pro poker phenom who authorities say embezzled millions to cover gambling losses over the course of four years.

Federal agents arrested Dennis Blieden, 29, at his Las Vegas home on Wednesday, according to the U.S. Justice Department, which has charged him with 11 counts of wire fraud, one count of aggravated identity theft, and two counts of forfeiture.

He faces up to 200 years in federal prison if convicted on all counts.

Prosecutors say Blieden, a former vice president of finance at the social media ‘influencers’ marketing firm known as StyleHaul, stole $22 million from the company between 2015 and 2019, using more than $8.4 million to purchase cryptocurrency, which he used to gamble in online poker tournaments over the same period.

Investigators uncovered more than $7 million in wire transfers and checks written to other poker players during those four years. Prosecutors said Blieden also wasted company money on online gambling sites, writing more than $1.2 million in personal checks to poker players, and using to pay off his credit cards. 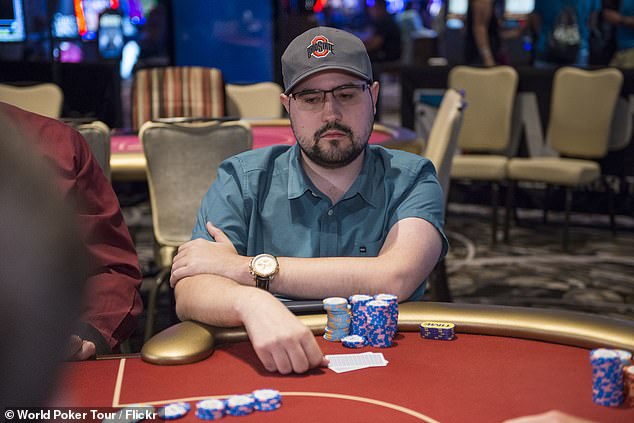 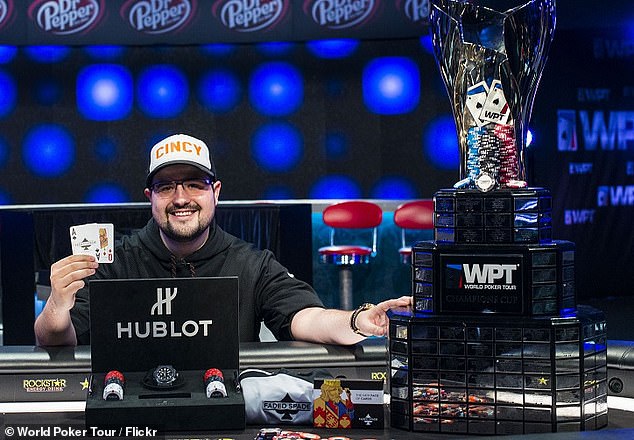 Blieden’s star in the pro-poker world began to shine brighter in March of 2018 when he won the $1 million first-place prize at the World Poker Tour’s L.A. Poker Classic tournament, rising through a field of 493 players and beating a number of notable veterans in the process.

During that same period, StyleHaul employees told the Daily Beast they discovered ‘certain accounting irregularities’ during an internal probe before starting a more thorough investigation that unveiled the missing millions.

The company interrogated Blieden about the missing cash and alleged cooked books in March. The Daily Beast obtained a detention memo filed by prosecutors that said Blieden confessed to embezzling about $15 million beginning in 2017.

‘It started small, in the thousands. It started out as monthly transactions and then sometimes became weekly,’ Blieden told StyleHaul investigators, according to notes in the detention memo. 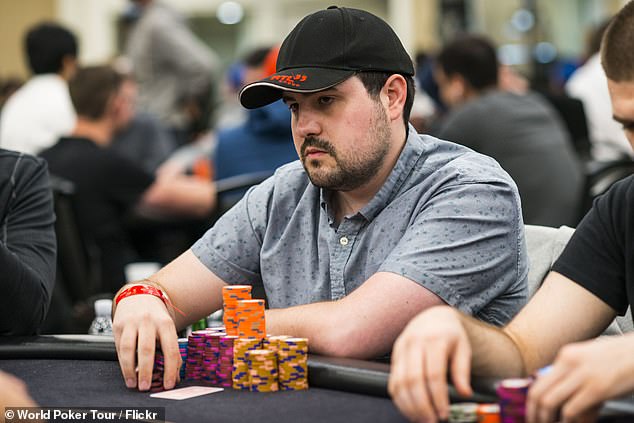 The former Los Angeles accountant covered his tracks in a number of ways, including forging the signature of a StyleHaul executive on a phony lease for a Rosarito Beach, Mexico condo in May of 2018, authorities said.

‘Blieden illicitly transferred $230,000 of StyleHaul’s funds for his own personal use by falsely representing that the condominium was being rented for business purposes for StyleHaul’s clients and employees,’ the Justice Department said in a release on the matter.

‘Blieden also created fictitious wire transfer letters purportedly from Western Union to make it falsely appear that he had caused wire transfers from StyleHaul to a client to pay money due to the client, the indictment alleges.’

StyleHaul, which closed its doors for good in June, has sued Blieden in state court.