Revealed: Priti Patel’s SECOND bid to help her friend win PPE deal worth millions – amid calls for probe over whether her lobbying broke rules

Leaked documents now show the Home Secretary pressed ministers and officials intervened to give a previously unreported £28.8million contract to a firm represented by Samir Jassal.

Her second intervention to help Mr Jassal came days after she tried to secure a separate £20million deal for the same firm, Pharmaceuticals Direct Limited (PDL) in an alleged ‘glaring and flagrant’ breach of the Code. 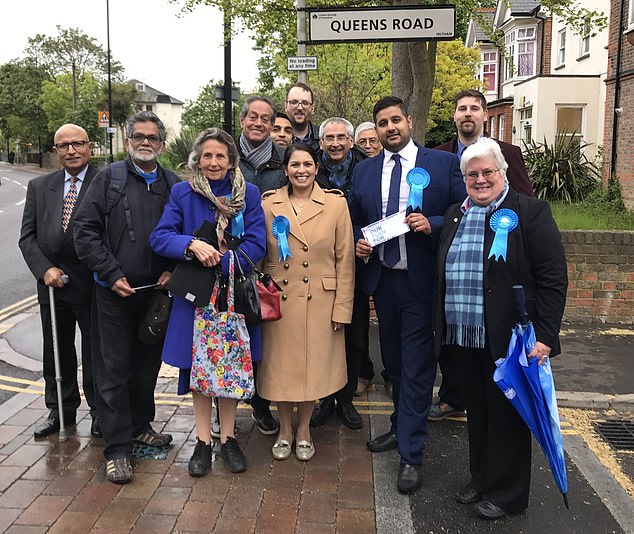 The party stepped up the pressure on her yesterday after our revelations of Miss Patel’s subsequent intervenion, vowing to write again to Mr Case.

The documents relating to the new contract also show how No10 head of policy Munira Mirza introduced procurement officials to the company’s sales chief, Surbjit Shergill, a former bricklayer.

The £28.8million deal for surgical masks was awarded to PDL without competition six days after Miss Patel contacted procurement officials and to tell them what the firm was offering. She also – at PDL’s request – contacted Transport Secretary Grant Shapps on the firm’s behalf.

And PDL went on to get a further no-competition contract for masks worth £102.6million for which the Government paid almost double its own ‘benchmark’ price.

Mr Jassal, a councillor in Kent, who worked for Miss Patel as an unpaid adviser, twice unsuccessfully stood for Parliament for the Tories.

When he stood for Feltham in west London in the 2017 general election, Miss Patel campaigned with him. She tweeted a photo of them and wrote that she was ‘delighted’ to join him canvassing.

Formerly in property, Mr Jassal now describes himself as a ‘healthcare and pharmaceutical partner’. He played a key role in negotiating for PDL over the contracts. 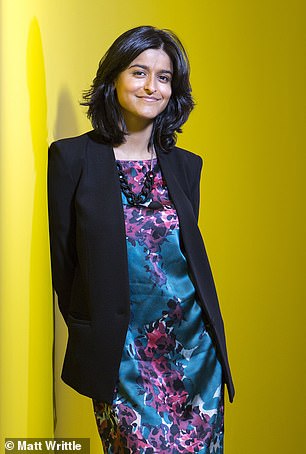 As Home Secretary, Miss Patel has no official role in health procurement. Neither PDL nor its owner, Bemal Patel, have any connection with her Essex constituency, and Mr Patel is not related to the Home Secretary.

Last night, Miss Patel insisted she did nothing wrong, and her spokesman described claims that she has as ‘false’.

Shadow Cabinet Office minister Angela Rayner wrote to Mr Case about the Mail’s initial report earlier this month, demanding that he investigate whether Miss Patel broke the Code. On that occasion she suggested Miss Patel had been involved in ‘a glaring and flagrant breach of the Ministerial Code’.

Mrs Rayner has now said she will write to him again. She told the Mail: ‘These allegations cannot be brushed under the carpet.

‘The Cabinet Secretary must investigate, and if there is any truth to these revelations then the Prime Minister should refer them to the independent adviser on ministerial interests.’

The Code says ministers ‘must ensure that no conflict arises, or appears to arise, between their public duties and their private interests’, and that they ‘should not act or take decisions in order to gain financial or other material benefits for themselves, their family, or their friends’. PDL’s lobbying started shortly after the first lockdown, on March 27 last year, when Miss Mirza – who like Miss Patel, has no official role in PPE procurement – spoke to Mr Shergill by phone.

Later that day Chris Stirling, director of medical technology at the Department of Health, emailed him. In reply, Mr Shergill thanked him for ‘speaking to Munira and getting in touch’. On March 31, Mr Shergill wrote again to Miss Mirza. She replied: ‘Thanks Surbjit, I’ve contacted them and hopefully they will respond.’

Other, well-established firms which lacked political connections have repeatedly complained that during this first wave of the crisis, when PPE was in desperately short supply, they were unable to get the attention of officials. In late April, PDL came close to concluding its first deal, worth £20million, for KN95 masks, but this collapsed because Health Secretary Matt Hancock determined that they were ‘not suitable’ for the NHS. Mr Jassal then asked Miss Patel for help, and on May 3 last year, she passed on PDL’s complaints to Cabinet Office Minister Michael Gove.

But the new documents now reveal that on May 14, Mr Shergill wrote to Miss Patel, saying that ‘as a result of your intervention’ the firm was ‘now in a position to offer another product which may help to mitigate our losses’, IIR masks made by Chinese manufacturer BYD. He asked to be put in contact with the procurement teams at both the Home Office and the Department for Transport.

The same day, Miss Patel replied: ‘I understand your frustration with what has happened and also your desire to secure new contracts with the Government.

‘The Cabinet Office is involved in cross-government procurement and I have drawn to their attention your email and the products you can source. I have also forwarded the email to the Secretary of State for Transport for his department to consider.’

Six days later, on May 21, PDL was awarded a contract to supply 60million BYD IIR masks for £28.8million. The price was 12.5 per cent above the Government’s recommended benchmark, which was based on market conditions.

This first successful deal paved the way for the firm’s second, bigger FFP3 mask contract, awarded on July 4, for £102.6 million.

The freshly leaked documents are now certain to figure in a High Court judicial review of both the contracts won by PDL, brought by the Good Law Project.

Its executive director, Jolyon Maugham QC, said: ‘For this whole pandemic the Government’s line has been that ministers weren’t involved in procurement decisions. These leaked emails expose that line as fiction.

‘Indeed, they suggest ministers weren’t merely involved – they may well have been directing those decisions.’