A PR power couple have lost their battle for compensation after paying £615,000 for their dream home only to discover the house next door had been turned into a house of ‘noisy’ bedsit tenants.

Matt and Hannah Graydon thought they had found the perfect home to bring up their family when they bought Mark and Lisa Crook’s elegant four-bed semi-detached villa in rural South Nutfield, Surrey in January 2015.

But they were shocked to find police cars outside the door of the adjoining property the day after they moved in.

They claim that this was followed by years of  ‘loud partying’, drunken sessions and anti-social behaviour, leaving unable to sleep, forcing them to shield their children’s ears from bad language and even occasionally stopping them from being able to use their garden, as tenant after tenant moved in and out of the bedsits.

Taking former owners Mark and Lisa Crook to court, they sued for £100,000 damages, claiming that the sellers had ‘deliberately withheld information’ about the noise from next door in order to ‘induce a sale’.

They claimed they had been led to believe the house was occupied by ‘two elderly gentlemen who played with the kids in the snow’. 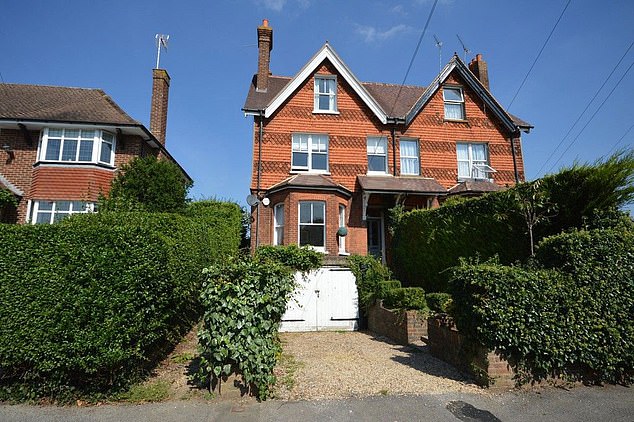 The home of Matt and Hannah Graydon in Surrey, with the adjoining house reportedly full of ‘noisy’ bedsit tenants 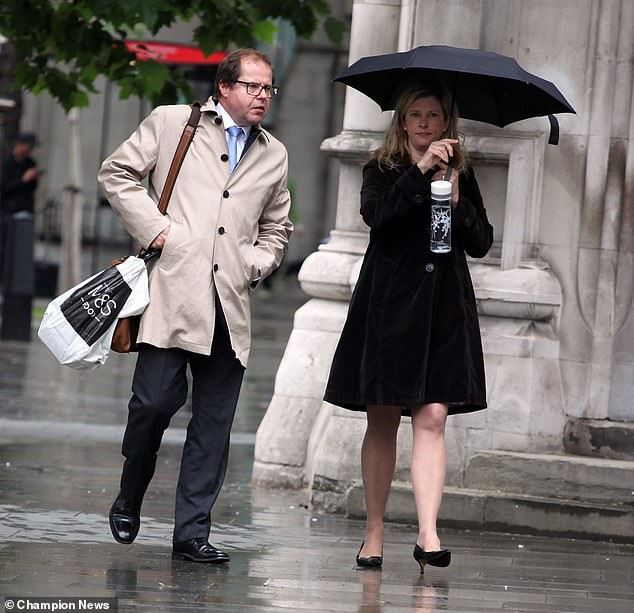 They claimed Mr and Mrs Crook must have been aware of ‘anti-social behaviour’ next door and should have told them when they asked about their prospective neighbours while buying it.

But after a two-day trial at Central London County Court, their case was thrown out by Judge Nigel Gerald, leaving them to pick up a bill for the case which is likely to run into five figures.

The court heard that before the Graydons bought their attractive semi in Trindles Road in January 2015, the adjoining house had been converted so that up to seven rooms were rented individually as bedsits to tenants.

Giving evidence, Mr Graydon, 52, who runs his own PR and communications company, said it was only a day after they moved into the house when things began to go wrong.

‘From the day after we moved in, there were two police cars outside,’ he told the judge from the witness box.

‘That activity continued for weeks and months and went on and on.’

Mr Graydon said police had attended ‘very frequently,’ while they had had to put up with the noise of ‘loud partying’ and people coming and going at all hours.

Mrs Graydon, who is a communications director for Caterham School, said the noise was ‘phenomenal’ and she had sought to protect her children from it. 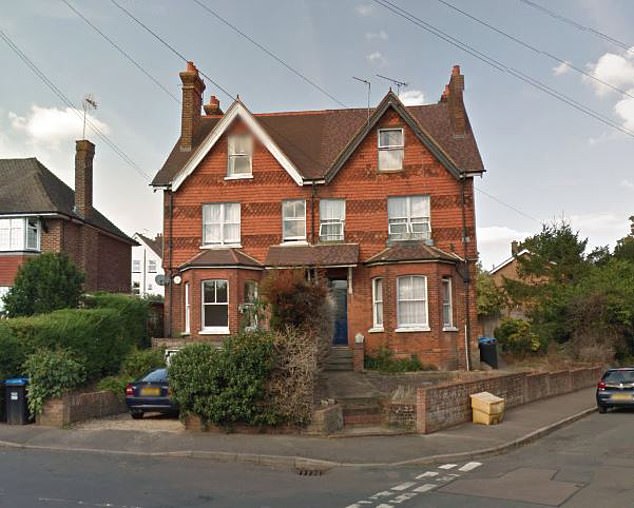 Taking former owners Mark and Lisa Crook to court, they sued for £100,000 damages, claiming that the sellers had ‘deliberately withheld information’ 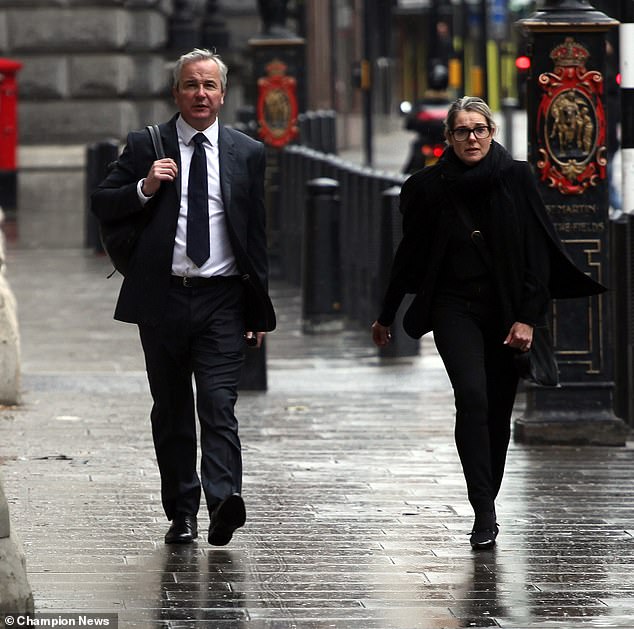 Groups would gather outside the house for ‘drunken sessions’ which sometimes ended in violence and police cars or ambulances turning up, she claimed.

It meant the family at times felt unable to use their own back garden, due to tenants congregating in the garden of the next door property and having conversations Mrs Graydon claimed were inappropriate for the ears of her children.

‘It’s not just the noise, but the type of noise,’ she added.

The couple claimed that the sellers, project manager Mr Crook, 49, and his wife, 51, knew full well what they were selling and made a ‘deliberate omission’ in the information they gave the Graydons.

They claimed they had been led to believe the house was occupied by ‘two elderly gentlemen who played with the kids in the snow’ – and instead found a constantly changing community of noisy renters.

But representing the former owners, barrister Kwabena Owusu argued that it was simply a case of one set of occupants having a different experience compared to the new owners.

‘Their case is that they weren’t significantly disturbed by noise,’ he told Judge Gerald.

Mr Crook said he had grown up on a council estate and had to just get on with neighbourly noise, but insisted he never had anything but ‘respect and understanding’ from next-door, unlike the noise described by the Graydons.

‘Mr and Mrs Crook had no such experience (of noise from next door),’ said their barrister. ‘They have been perfectly sincere in the answers they have given the court and gave you at the time.’

In ten years in the property, they had never had any reason to call the police because of disturbances from next-door, he added.

He said there had been a regular turnover in tenants in the house and the Graydons accepted that the current occupants are quieter than some of the previous tenants.

But Mr Graydon said he struggled to believe anyone would have been unconcerned by the level of disturbance which he said he had experienced from next door.

‘The level of behaviour next door and the number of police attendances would have raised concern in any reasonable person,’ he said.

‘I cannot accept it was normal behaviour. I too grew up on a council estate. It’s about people behaving in an entirely inflammatory way next to my family.’

He added: ‘From everything we have researched, this has gone on since way before we moved in.’

The Graydons claimed damages for alleged misrepresentation, putting forward evidence that their house was actually worth £100,000 less than they paid.

But after two days in court, with the parties and lawyers all sitting two metres apart to comply with social distancing, the judge rejected the Graydons’ claim.

Giving judgment, he said he was not convinced that Mr and Mrs Crook had had the same experience when they lived in the house.

The decision leaves the Graydons facing a court costs bill which will run well into five figures.