TOKYO (Reuters) – Japanese former Defence Minister Shigeru Ishiba, a favorite in opinion polls to become the next premier, told Reuters on Monday Tokyo should deepen ties with Asian neighbors, including South Korea, amid growing tension between China and the United States. 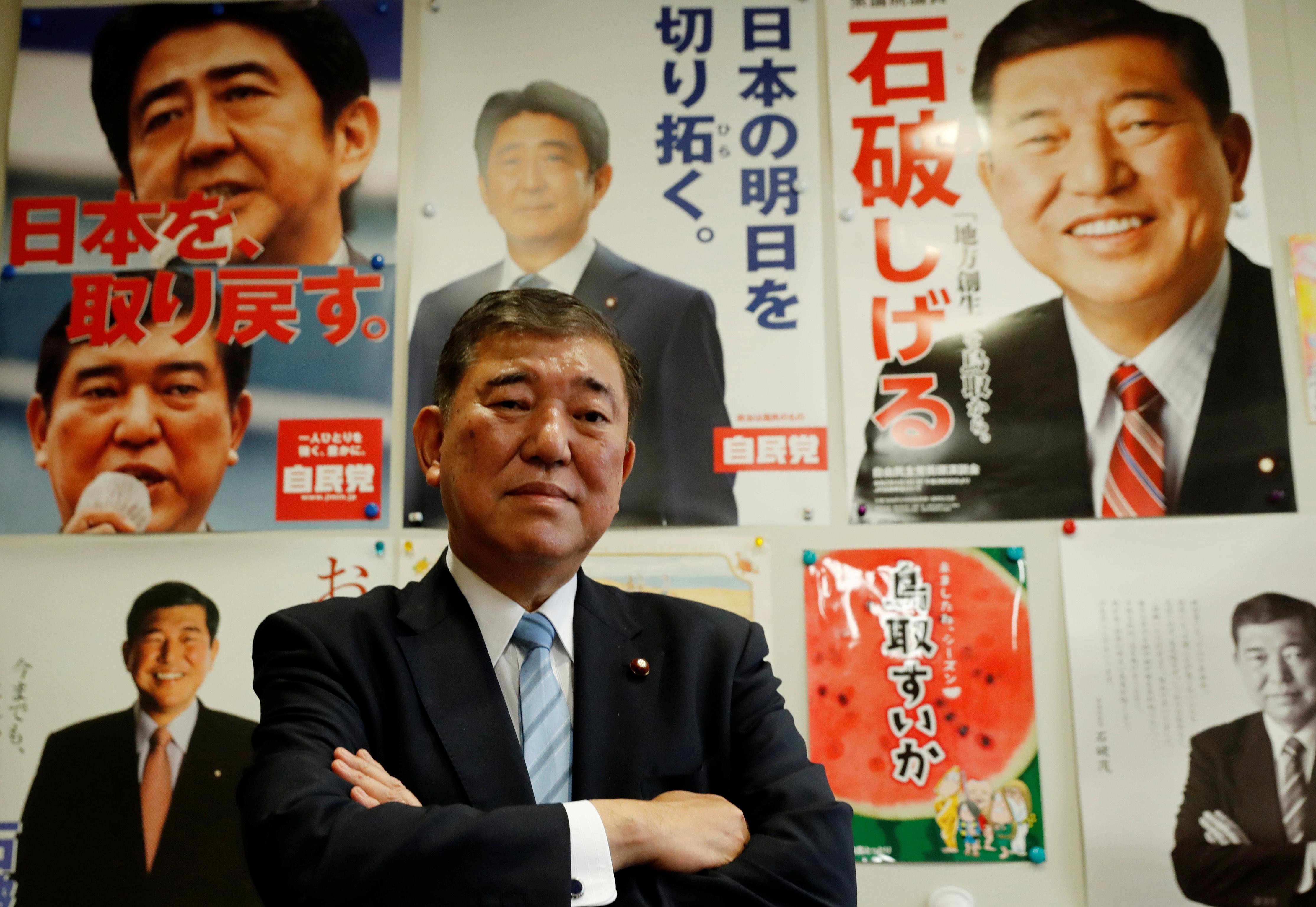 Ishiba, 63, steered clear of declaring his candidacy in the ruling Liberal Democratic Party (LDP) leadership race to succeed outgoing Prime Minister Shinzo Abe, even as opinion polls showed he was the people’s choice to become the country’s next leader.

But later on Monday Asahi daily said he has decided to run to “show citizens the choice”, citing several members of his party faction.

Ishiba, a rare LDP critic of Abe, said he was popular because he presented a break from the current administration, underscoring his differences with long-time Abe aide Yoshihide Suga, a key contender backed by several LDP factions.

Abe, Japan’s longest-serving premier, stepped down on Friday due to ill health, kicking off a leadership contest within his party, whose winner is all but guaranteed the premiership because of the LDP’s majority in the lower house of parliament.

Fielding calls from lawmakers and messages from secretaries in his parliamentary office, Ishiba said there are many countries in Asia that are “stuck” because of the intensifying rivalry between Washington and Beijing, and Japan should seek stronger bonds with them, as well as with South Korea.

“For example, does Japan have a relationship of trust with Malaysia, Indonesia, Vietnam, the Philippines or Singapore?” asked Ishiba. “We must build political, cultural or security relationships of trust with Asia,” he added.

Abe oversaw a cautious improvement in ties with China, although a territorial row and Beijing’s clamp-down on Hong Kong are causing strains. Tokyo’s ties with Seoul are strained by a dispute over compensation for Koreans forced to work in Japan’s wartime factories and mines, as well as in Japanese military brothels.

“You can’t say that because we don’t like each other we won’t work together. South Korea is a very important country from the standpoint of Japan’s national security,” said Ishiba, adding that Japan should “work hard to get to know South Korea better.”

He also expressed concern about the lack communication with North Korea: “We should create liaison offices in Tokyo and Pyongyang,” he said.

Ishiba said the “Abenomics” stimulus policy was not sustainable, although he saw no need to drastically change the current policy, including monetary easing, “for the time being”.

“The current economy has been backed by corporate tax cuts, zero interest rates, yen weakening and sluggish wages, but I don’t think such a policy is sustainable,” Ishiba said.

Ishiba defeated Abe in the first round of a party presidential election in 2012, thanks to strong grassroots support, but lost in a second round vote by lawmakers. In a 2018 party leadership poll, Ishiba lost heavily to Abe.

“People still want an LDP government, but after Mr. Abe has resigned they’re asking: ‘who’s got a different style?’,” said Ishiba. “I’ve continuously challenged Abe and I have more support than those who haven’t. This is not based on performance, but on expectations,” said Ishiba.

He criticized party executives for leaning toward adopting a slimmed-down election format limited to lawmakers and representatives of local chapters, due to the coronavirus crisis and a tough national security environment.

“There’s no logic to these arguments,” said Ishiba. “Mr. Abe said he would do his best as premier until the next prime minister is chosen so the government would go on…there would be no political vacuum,” said Ishiba.