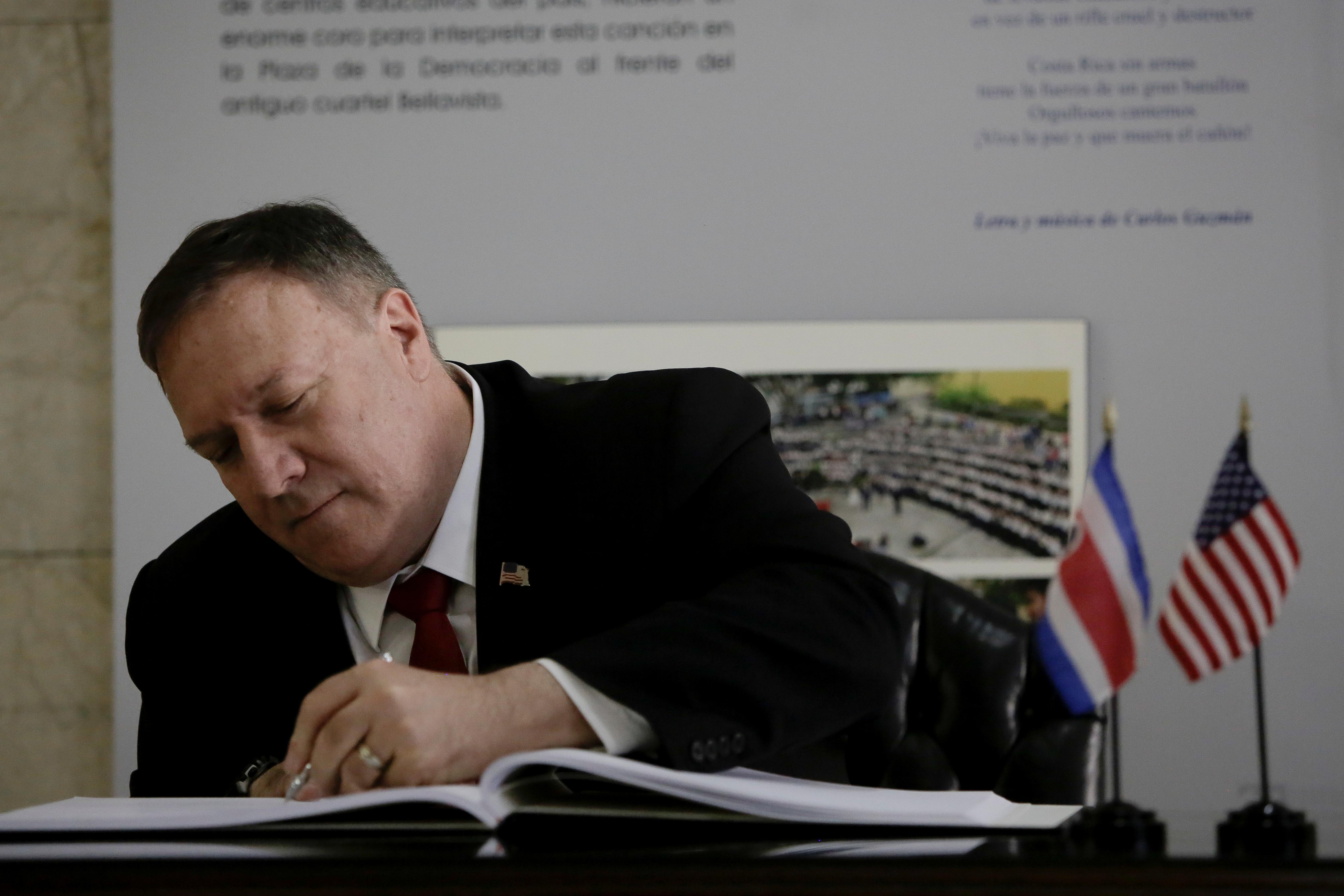 SAN JOSE (Reuters) – U.S. Secretary of State Mike Pompeo on Tuesday stressed the need for Venezuela and Nicaragua to hold free and fair elections, singling out the countries’ left-wing governments for criticism.

Pompeo said Nicaragua was an authoritarian regime, calling on its government to cease repression and support free and fair elections, sentiments he echoed in comments about Venezuela.

The two countries’ allied governments have been hit by U.S. sanctions following humanitarian crises. Nicaraguan President Daniel Ortega crushed protests in 2018 in a clampdown that led to more than 300 deaths.

Oil exporter Venezuela is suffering an economic collapse and hyperinflation under the leadership of President Nicolas Maduro.

Maduro blames U.S. sanctions for the suffering. He has resisted international calls for early presidential elections.

“We’ve seen no evidence that Maduro is remotely interested in having free and fair elections. He knows that he would lose,” Pompeo told reporters in the Costa Rican capital.

Asked whether the United States would consider direct talks with Maduro, Pompeo said there had been many conversations with the Venezuelan leader in recent months.

A State Department official said the reference to conversations with Maduro related to efforts by countries other than the United States, such as Norway and other European nations.

Maduro’s envoys talked with the Venezuelan opposition in negotiations brokered by Norway last year, and during several previous attempts to find a way out of the country’s political crisis. So far, none of the talks have led to a breakthrough.