Make it snappy! Police who were called to reports of a CROCODILE lurking in a British pond were relieved to find it was a submerged plastic TOY

Police who were called to reports of a crocodile lurking in a pond were relived to discover it was a plastic toy submerged in the water.

Officers received a call from a dog walker who thought they saw a real-life crocodile in a public pond near a popular footpath in Kingsbridge, Devon.

Police went to investigate and were shocked when they saw the head of the reptile sticking out the water. 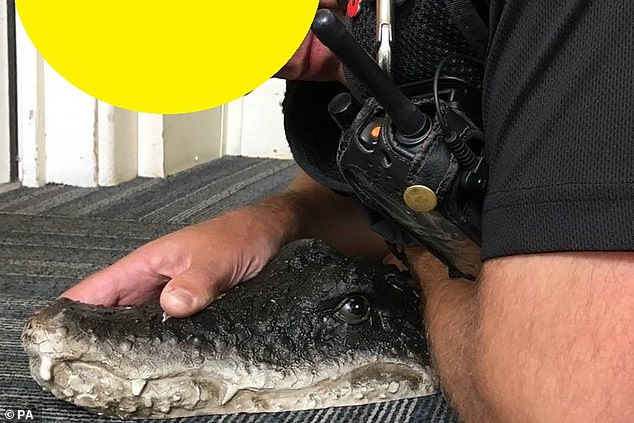 Police were called to reports of a crocodile lurking in a pond in Kingsbridge, Devon, before  they discovered that it was in fact a plastic toy submerged in the water

But on closer investigation the officers from Devon and Cornwall Police realised the crocodile was actually made from plastic.

A spokesperson said: ‘Police were notified at around 9am this morning to reports of what looked like a crocodile in a swamp in Loddiswell, Kingsbridge.

‘Officers attended the scene and it later expired that this was a plastic crocodile.’

The sighting was first reported on the Spotted Kingsbridge Facebook page with a local resident saying: ‘Little crocodile seen at Woodleigh whilst walking the dogs.’ 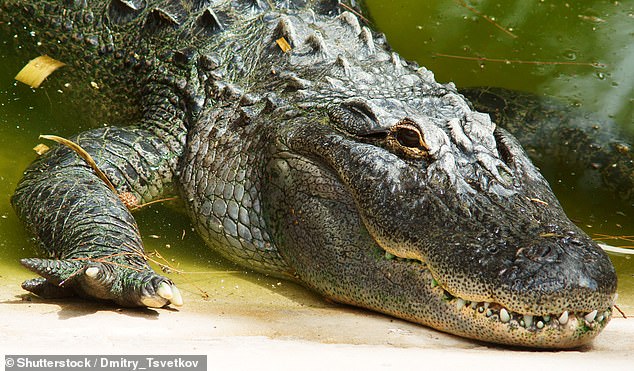 Saltwater crocodiles are the biggest reptiles in the world. They can grow up to 20 feet and can weigh more than a ton

Saltwater crocodiles: The biggest reptiles in the world

Saltwater crocodiles are the biggest reptiles in the world. They can grow up to 20 feet and can weigh more than a ton.

They have an average lifespan of at least 30-40 years.

Crocodiles carry their babies to the water in their mouth. Baby crocodiles can make noises from inside their eggs before they hatch.

They can actually produce tears while they eat. This is because they often swallow too much air which touches the glands that produce tears (lachrymal glands).

Crocodiles are often seen with their mouths open as they release heat through their mouths. They do not have sweat glands.

They apparently have the most sophisticated heart in the animal kingdom and can actively change the destination of blood that flows through it depending on requirements.