Performing routine root canal surgery is second nature for most dentists. Of course, it can be a bit trickier when your patient is a 94st polar bear.

So animal dentist Dr Peter Kertesz was called in to sedate the powerful animal and carry out an hour-long root canal procedure to fix the tooth. 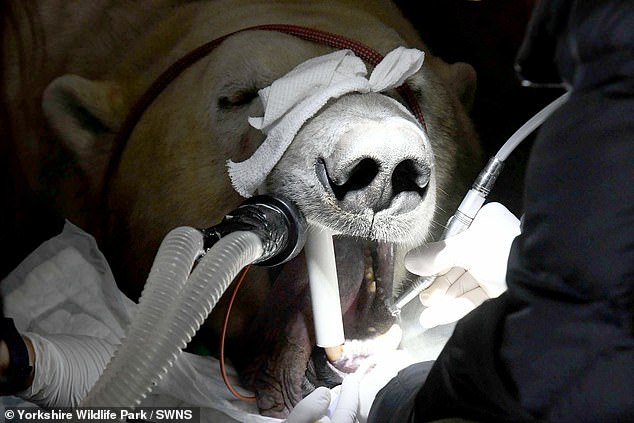 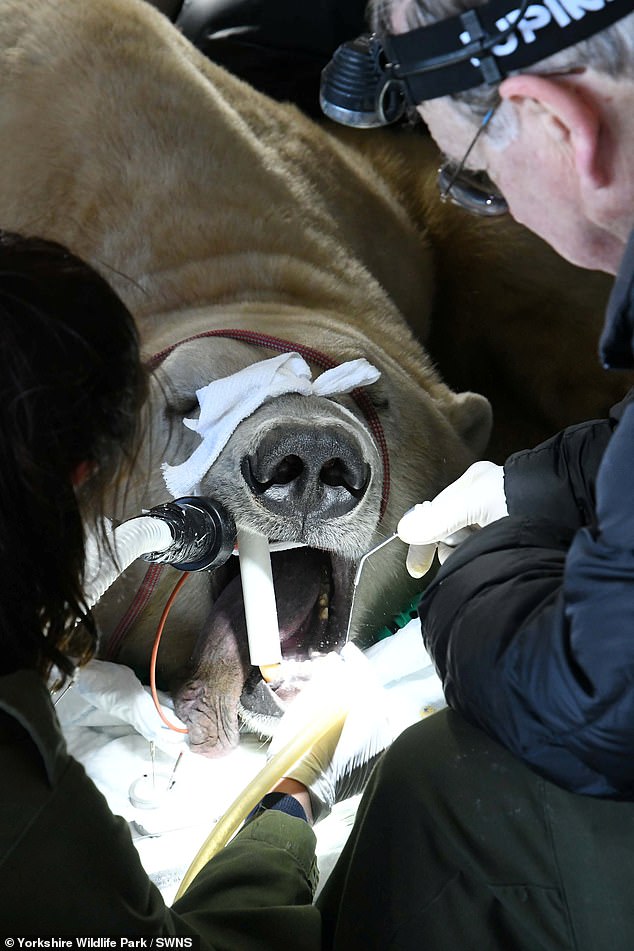 Dr Kertesz said: ‘I was glad we operated swiftly because a broken tooth can lead to severe infection and be very painful.

We cleaned out the infected root canal of the canine tooth, which was over three inches long, and filled it.’

The park is home to eight polar bears and is said to be the largest centre for the animals outside Canada. 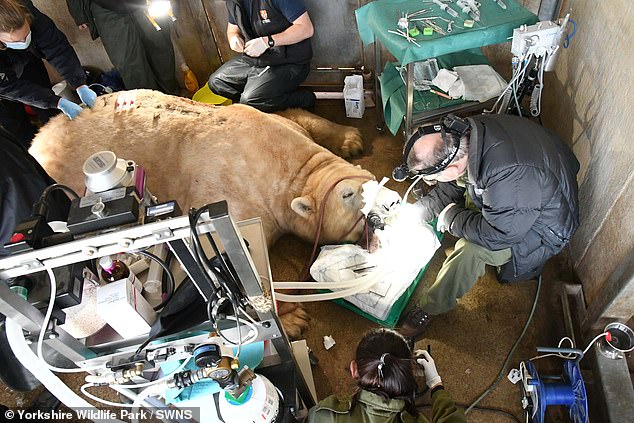 Dr Kertesz completed the operation along with dental nurse Monika Mazurkiewicz and a vet specialised in the use of anaesthetics.

He added: ‘It was wonderful that the keepers have been so observant and attentive to the animals, and noticed this.

‘Sisu will now have a pain and infection free tooth for the rest of his life.

‘After the operation, Sisu was standing very quickly, but he was kept in his den to recover fully.’ 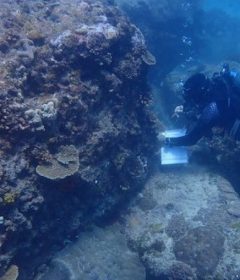