SAN SALVADOR (Reuters) – U.S. House of Representatives Speaker Nancy Pelosi raised concern about El Salvador’s ability to cope with a tough migration deal being pursued by the Trump Administration as she led a U.S. congressional mission to the Central American country on Friday. 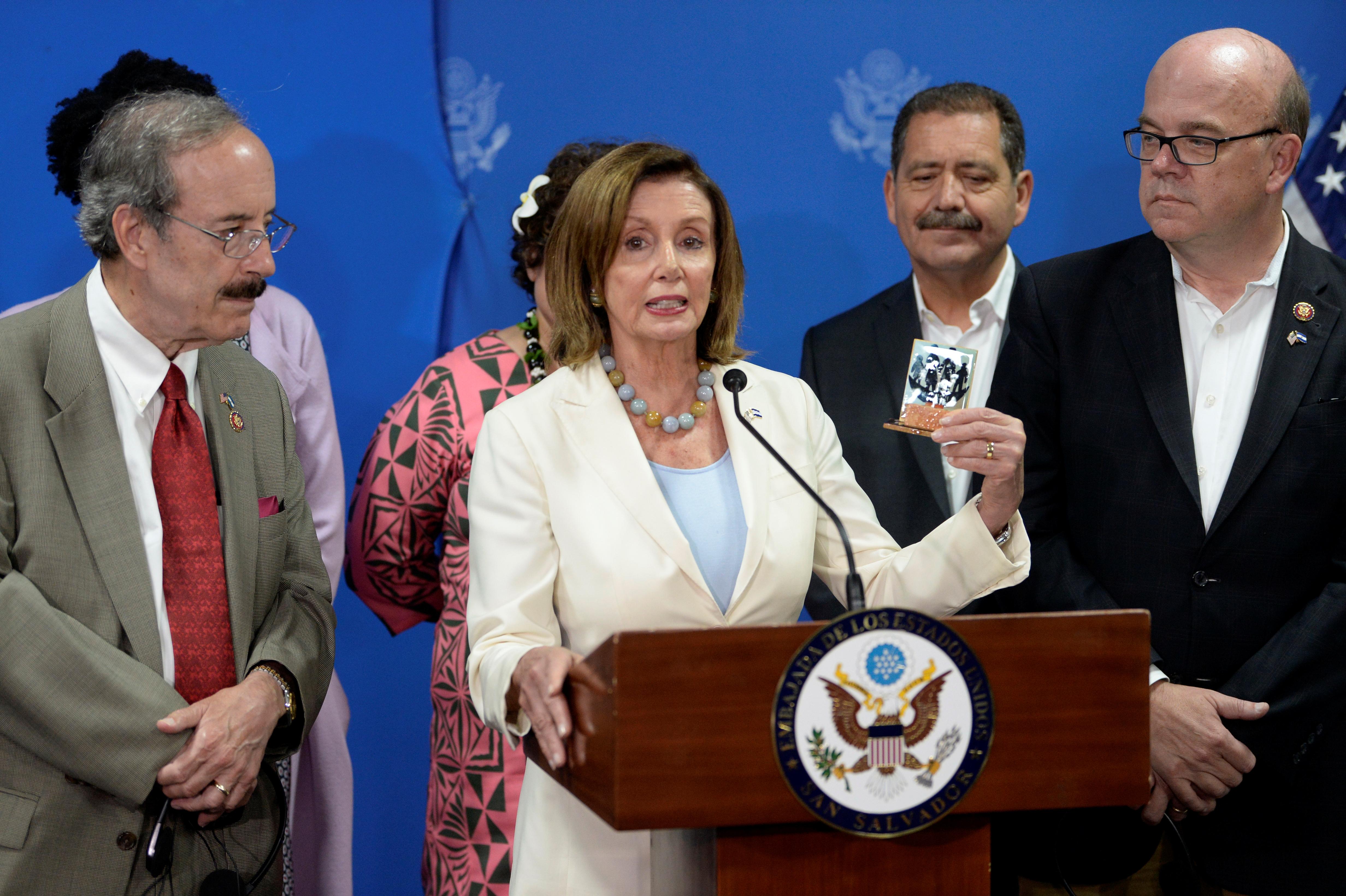 On the second leg of a bipartisan delegation to the region, Pelosi and other Democratic lawmakers criticized Donald Trump’s immigration agenda at a time when the Republican president is pushing Mexico and Central America to clamp down on asylum-seekers.

The group raised skepticism about an agreement aimed at curbing migrant flows which the White House is seeking with El Salvador and Honduras, similar to one reached with Guatemala late last month under the threat of economic sanctions.

“I don’t consider it a solution,” Pelosi said. “When we were in Guatemala yesterday, we asked what the terms were of that agreement and they said it hasn’t really been written down, we haven’t seen what that is. So I think it remains to be seen as to whether that is even a good idea and I would not encourage it.”

Under that deal, Guatemala agreed to become a so-called “safe third country,” meaning migrants would be required to seek asylum in Guatemala rather than in the United States.

Guatemala suffers from rampant poverty and violence, and critics question its capacity to handle a surge in asylum applications from its impoverished, crime-wracked neighbors, El Salvador and Honduras, which Pelosi will visit on Saturday.

Representative Henry Cuellar, a Democrat from Texas, added: “We are of the opinion that it would be very difficult to do this, and for that reason we would like to do everything … to not have this type of deal.”

Pelosi and other members of the delegation denounced the Trump Administration’s policy of separating migrant families, which she called “totally completely unacceptable.”

Some also criticized the administration’s efforts to remove 200,000 Salvadorans from the United States by revoking their residency under a so-called Temporary Protected Status.

“El Salvador would not be able to absorb all those who are in the United States at this time,” said Lucille Roybal-Allard, a Democratic representative from California.

Speaking at the University of Central America, site of a 1989 murder of Jesuit priests during the war, McGovern said:

“We took sides in that war, we provided a lot of military assistance, including to those who murdered these Jesuits without conditioning them on human rights.

“When the war ended, our aid dropped dramatically. We should have stayed and helped this country rebuild. We did not,” he added. “We deported gang members back to El Salvador … we have a moral obligation to this country.”