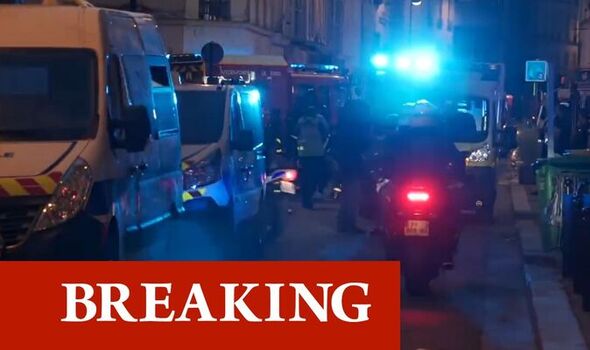 Two people got out of a vehicle and fired at two individuals sitting on the terrace of the 11th Arrondissement venue. One of the shooters was cornered by other patrons of the bar, while the other remains on the run.

According to BFMTV, the incident took place at around 9.35pm local time on Rue Popincourt – near the famous Place de la Bastille.

A police source told the network that the shooting appeared to be gang-related, allaying fears of another terrorist attack in the French capital.

One of the perpetrators detained by customers of the shisha bar has been arrested. It is not currently known the status of the injured.

Francois Vauglin, mayor of the arrondissement, confirmed the shooting and that one of the assailants had been arrested.

He said that there was “no element” at this stage to “know the motivations of this barbaric act”.

He added that the National Police was “very actively search[ing] for the second” shooter, and that “a medico-psychological cell will be opened as soon as possible for residents or witnesses”.

Footage from the scene shows medics and fire crews attending the scene with stretchers and emergency relief vehicles.

In another video, multiple ambulances lined up along the street while police vans form a blockade.