Karachi: A Pakistani journalist who has been a vocal critic of the military, government, and religious extremist groups, has been arrested on charges of defaming the country's powerful army and spreading religious hatred.

"Through his [social media] posts, Bilal Farooqi defamed the Pakistan Army and anti-state elements used these posts for their vested interests," said a police report seen by Reuters, which added that his online activity also spread religious hatred and incited mutiny against the military.

Farooqi's arrest is the latest in a spate of such moves against journalists who have been critical of the government and comes days after Prime Minister Imran Khan reiterated the country had a free media. 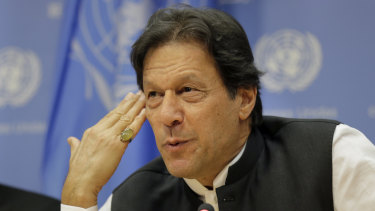 In July, another journalist, Matiullah Jan, also a critic of Pakistan's military and government, was freed hours after being abducted after his disappearance sparked outcry amongst journalists and rights activists.

No explanation was given for Jan's abduction.

In the case of Farooqi, police cited the country's cyber crime law, which critics say contains vague language that can be used to criminalise basic online activities with fines and long-term imprisonment.

Online criticism of religion, the country, its courts and armed forces are among subjects attracting prosecution.

Earlier this week, a former journalist returned home days after disappearing from Islamabad. He has given no details about what happened to him.

Farooqi had written a tweet about the man's "enforced disappearance," saying: "The powerful are above the law in this country."

Last year, journalist Shahzeb Jilani was charged under laws relating to cyber terrorism, hate speech, electronic fraud, incitement, and defamation, but the case was thrown out of court due to lack of evidence.

At least four journalists and bloggers have been killed in connection with their reporting in the last year in Pakistan.

Earlier this week, the U.N. High Commissioner for Human Rights expressed increasing concern at instances of incitement to violence against journalists and human rights defenders.

"We have raised our concerns directly with the government and we have urged immediate, concrete steps to ensure the protection of journalists and human rights defenders who have been subjected to threats," UNHCR said in a statement.