I back Andrew’s Law: Police officer who was hit by hijacked car supports calls for harsher sentences for cop killers amid fury over PC Andrew Harper case

A policeman run over by a car thief five days before the horrific death of PC Andrew Harper has backed calls for tougher sentences.

PC Gareth Phillips suffered a shattered pelvis when he was hit by a criminal in a hijacked police car last August.

He said he was ‘totally’ behind the campaign launched by PC Harper’s widow for police killers to receive an automatic life sentence with no parole. 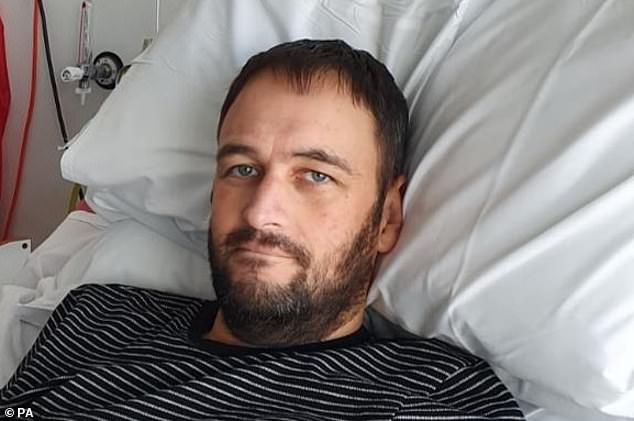 PC Harper, 28, was dragged to his death as he tried to stop three teenage thieves fleeing with a stolen quad bike.

His killers were convicted of manslaughter – not murder – and last week two of them were told they will only serve two-thirds of their 13-year jail terms.

But PC Phillips said: ‘I think they should serve their full sentence.’ He added the campaign by PC Harper’s widow Lissie was ‘amazing – I fully support it’.

PC Phillips said: ‘Something needs to change, because people don’t seem to have any qualms any more with assaulting police officers, or the paramedics who were stabbed the other week.

‘To have some backing or support from the court network through sentencing would be a huge step forward.’

PC Phillips was driven over by repeat offender Mubashar Hussain, 29, when he was stopped in a stolen Range Rover in Moseley, Birmingham.

Hussain managed to jump into an unmarked police BMW and reversed over PC Phillips, pinning him under the vehicle. The thief then sped away at up to 97mph before being caught by an armed unit and was later sentenced to 12 months in jail. 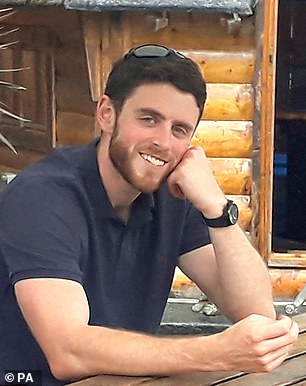 PC Harper, 28, was dragged to his death as he tried to stop three teenage thieves fleeing with a stolen quad bike

PC Phillips, whose wife is a police officer, still suffers pain every day and has only recently returned to duty working in a control room.

He said he had not viewed footage of the incident.

‘I tend not to think about the day to be honest, because for me it’s more about going forwards and trying to get better,’ he added.

Last week Mrs Harper, 29, launched a campaign for ‘Andrew’s Law’ to ensure that any criminal who kills an emergency worker receives a whole life tariff.

PC Harper died just a few weeks after his wedding in July last year when he became tangled in a strap attached to the car of the three thieves he tried to stop fleeing in Stanford Dingley, Berkshire.

Home Secretary Priti Patel is said to be sympathetic to an increase in the penalty for police killers.

Mrs Harper has won support from Northamptonshire Chief Constable Nick Adderley, who wants whole life terms for ‘those who set out to commit a crime’ in which an officer is killed.