U.S. stocks sank into a bear market on Monday, with traders betting a fresh decades-high print on inflation will force the Federal Reserve to get even more aggressive than previously anticipated to help ease rising prices.

Treasury yields rose across the curve, with the benchmark 10-year yield jumping to top 3.34% and reach its highest level since 2011.

Cryptocurrencies also slid after digital currencies lender Celsius Network said Sunday it was pausing all withdrawals, swaps and transfers between accounts on its platform “due to extreme market conditions,” according to a statement.

Bitcoin prices (BTC-USD) fell by more than 17% to below $23,000 at session lows, or the lowest since December 2020, in the wake of the announcement, while Ethereum prices (ETH-USD) tumbled below $1,200. Crypto-related stocks including Coinbase (COIN) and MicroStrategy Incorporated (MSTR) also came under renewed selling pressure.

For the broader markets, investors nervously looked ahead the Federal Reserve’s latest policy-setting meeting later this week, with a rate decision set for Wednesday. Up until Friday’s hotter-than-expected monthly Consumer Price Index, traders widely believed the meeting would set the stage for another half-point rate hike by the central bank, bringing the target range for interest rates between 1.25% and 1.50%. However, after last week’s data showed an unexpected pick-up in inflation to a fresh 40-year high of 8.6% in May, investors have raised their bets on an even bigger move by the Fed.

“There is very little in the details of [Friday’s CPI] report to suggest that inflationary pressures are easing,” Michael Pearce, senior U.S. economist for Capital Economics, wrote in a note Friday. “The surge in energy prices this month means that headline inflation will remain close to 8.6% in June. Together with the continued strength of the latest activity data, that bolsters the argument of the hawks at the Fed to continue the series of 50 bp [basis point] rate hikes into September and beyond, or even to step up the size of rate hikes at coming meetings.”

Such a super-sized rate hike would add more pressure to already-volatile stocks by further raising the cost of borrowing for businesses. But at the same time, equity markets have also remained in turmoil as investors have had to weigh whether inflation left to run at current decades-high rates will push the economy into a deeper downturn. Already, at least one survey has shown consumer sentiment plunged to its lowest level since at least the 1970s in the face of rising prices. And given all these uncertainties, the Fed may well choose to continue down its previously telegraphed path to implement only half-point hikes in the near-term, some economists said.

Here were the main moves in markets before the opening bell: 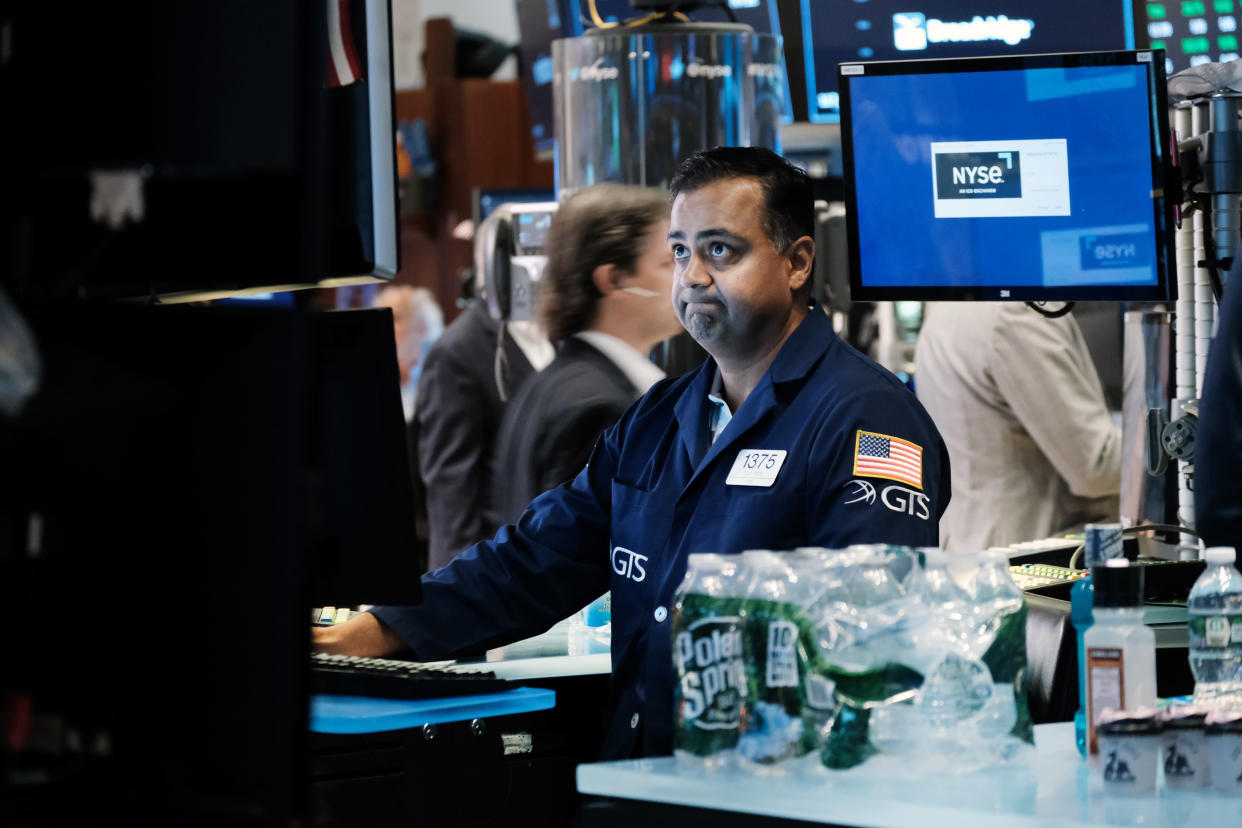 Read the latest financial and business news from Yahoo Finance