MCALLEN, Texas (Reuters) – Reuters photos taken on Wednesday show adults and children outside the U.S. Border Patrol station for migrants in McAllen, Texas, sleeping on the ground and rigging up makeshift awnings with reflective blankets to shelter from the sun. 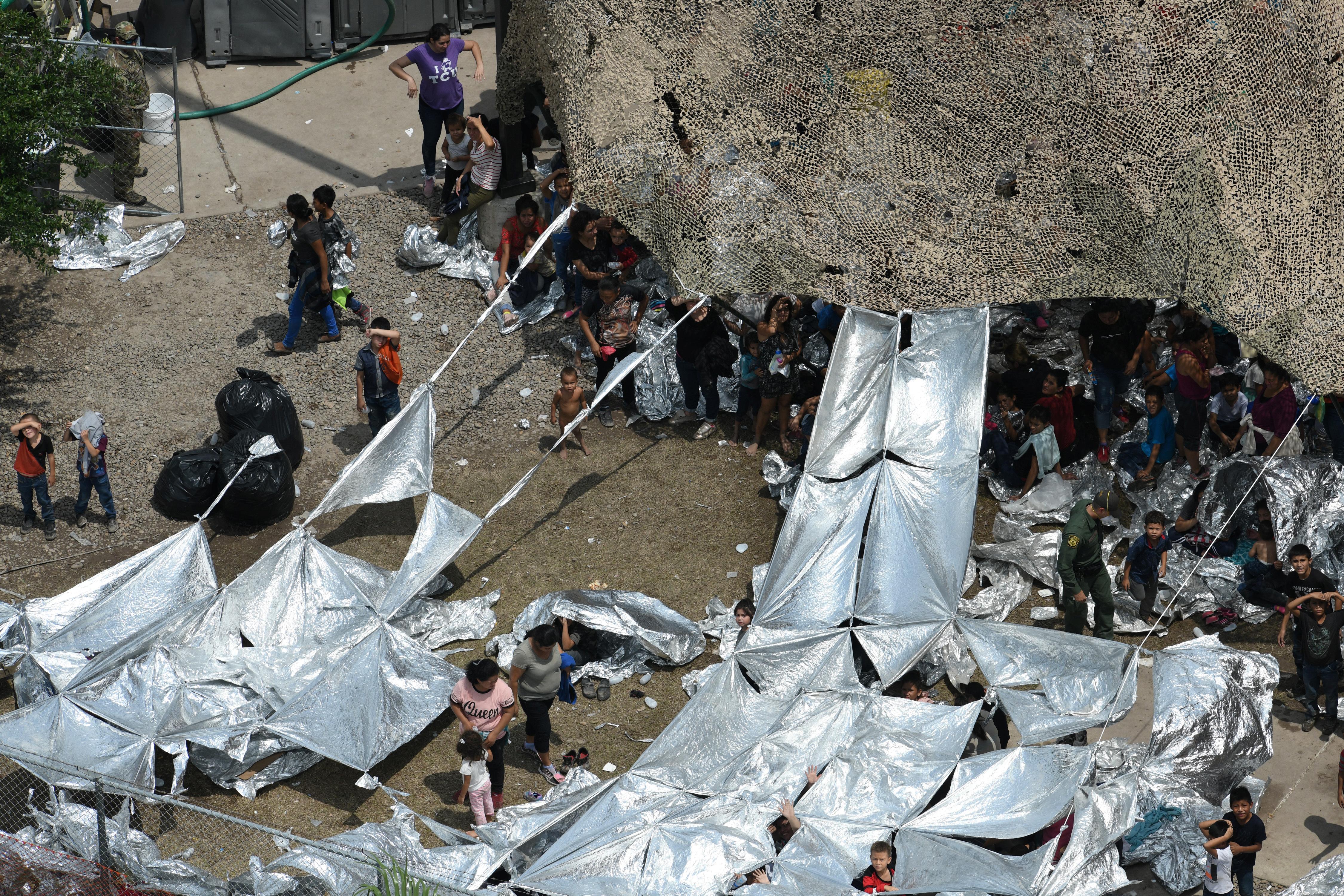 The photos, taken from a helicopter, also show people sleeping in a shaded area of a parking lot and crowded around a military tent.

The ground temperature was about 89 Fahrenheit (32 Celsius) when the pictures were taken around midday.

During her May 8 testimony to a U.S. Senate committee, Provost said the agency faced an “unprecedented border security and humanitarian crisis” as Central American migrant families headed north and apprehension numbers went “off the charts.”

According to the Border Patrol website, McAllen Station is responsible for patrolling a 53-mile (85 km) section of the Rio Grande that runs along the U.S.-Mexican border.

“From what we’ve seen at McAllen, people are sleeping on rocks and stones, and without shelter,” said Erika Andiola, chief advocacy officer at the Refugee and Immigrant Center for Education and Legal Services (RAICES), which provides legal services to migrants.

The Border Patrol did not immediately respond to a specific question on why migrants were being held in makeshift conditions by the McAllen Border Patrol station.

The Trump administration on May 1 asked Congress for $4.5 billion in immediate emergency funding, saying a surge in Central American children and families claiming asylum at the U.S. southern border had drained government resources.

The money would come on top of the funding President Donald Trump has redirected to make good on a central pledge of his 2016 election campaign – to build a border wall – ahead of his looming 2020 presidential race.

The emergency funding request would represent a 44% increase in spending for programs that house, feed, transport and oversee record numbers of Central American families seeking asylum, fleeing poverty and violence in their home countries, and straining capacity at migrant shelters in border cities.

This month, the federal government spent $37 million erecting two new temporary shelters in El Paso and Donna, Texas to deal with the crisis.

A number of small border towns have declared emergencies in hopes of receiving government assistance to deal with migrants being diverted to their communities.