The UK heatwave has prompted many people to decided that they would rather work from home than battle it out for the coolest spot in the office.

And while the 40c heat outdoors is too much for some, the indoor heat could cause issues for technology, the Met Office has warned.

This could leave those at home – and in a crowded office, scrambling for ways of keeping their PCs cool.

A spokesman said: “There is a high risk of failure of heat-sensitive systems and equipment.

“That could potentially lead to localised loss of power and other essential services, such as water or mobile phone services.”

The weather experts issued the country's first ever Red Extreme Heat Alert warning for today and tomorrow (July 18 and 19) a few days ago.

Cabinet Minister Kit Malthouse called on everyone to "check on the elderly" and make sure that they have access to water during an interview with BBC Breakfast.

Parts of London will reach, and go hotter than 40c, while places as far north as Manchester and Leeds will also see the pavement flags cracking due to extreme heat.

If this does happen, it will be a recording-breaking few days for the country.

“Currently there is a 50% chance we could see temperatures top 40°C and 80% we will see a new maximum temperature reached.

“Nights are also likely to be exceptionally warm, especially in urban areas.

“This is likely to lead to widespread impacts on people and infrastructure. Therefore, it is important people plan for the heat and consider changing their routines. This level of heat can have adverse health effects.”

Thankfully, temperatures are expected to start to return closer to normal for the time of year from the middle of this week onwards as cooler air pushes across the country from the west, with the rest of the month set to be around a seasonal 28c.

To get more wrestling stories from Daily Star delivered straight to your inbox sign up to one of our free newsletters here. 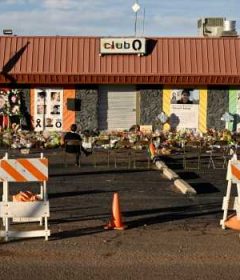