Home » World News » Man throws fridge down hill to mock recycling, Spanish police order him to bring it back up

Man throws fridge down hill to mock recycling, Spanish police order him to bring it back up 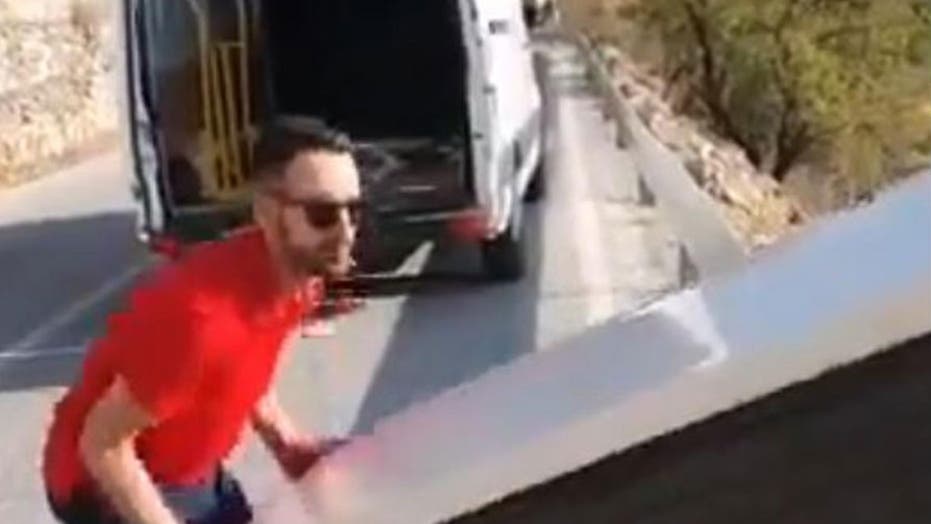 A man who tossed a refrigerator down a hillside in Spain in an effort to mock recycling was reportedly fined — and ordered to bring it back up.

Spain's Guardia Civil posted video of the incident to Twitter on July 31. Officials identified the man — who joked that he was "recycling" when he threw the appliance — from the vehicle license plate captured in the footage, according to The Local.

In another video, the man is seen throwing a washing machine down the same area.

Investigators traced the fridge to a company in the Almeria region, and he was terminated from the company. He was also reportedly ordered to pay a more than $50,000 fine.

The man was also ordered to drag the refrigerator back up the ravine he threw it down — of which Guardia Civil also posted video.

Pompeo: US to boost efforts to counter Iran's 'malign influence'