‘He was lying there screaming in pain’: Mother, 40, tells of horrifying moment her boyfriend was run over and left with a fractured skull as he tried to stop a gang of thieves stealing her Audi A6

A mum has spoken about the horrifying moment her partner suffered a fractured skull when he was run over as he tried to stop a gang of thieves stealing her Audi A6.

Collette Kunyo, 40, had been asleep with her boyfriend Mark Aylmer, 44, when a group of men broke into their house in Middleton, Greater Manchester, at around 5.30am last Thursday.

The couple were awoken by the family dog crying, and as Mark went downstairs to check on him, he was confronted by the men and hit in the face with a hammer.

Collette recalls how her partner chased the men out of the house, after realising they had stolen the keys to her sports car.

In the moments that followed, Collette and her 21-year-old daughter watched on as Mark was dragged up the road by her car, and driven over twice. 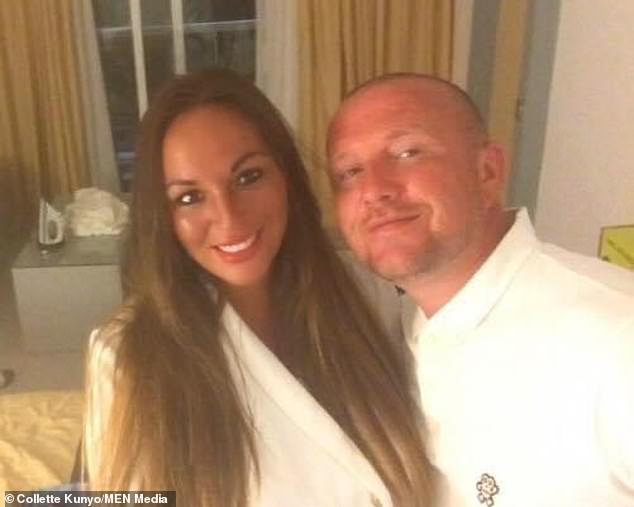 Collette Kunyo and her boyfriend Mark Aylmer who was attacked and left seriously injured when men broke into their house and stole their Audi in Middleton, Greater Manchester 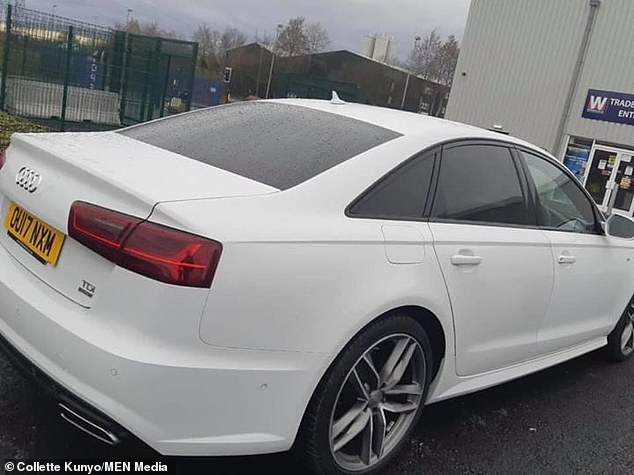 He was taken to hospital after suffering a collapsed lung, fractured skull, several bleeds on the brain, and broken bones.

Collette said Mark was lucky to be alive, and remains in hospital with signs of memory loss and potential brain damage.

The mum-of-three said she had been unable to visit Mark due to coronavirus restrictions, which she fears will have a detrimental affect on his memory.

Re-living the traumatic episode, Collette said: ‘We were in bed and it was really warm. The week before was my daughter’s birthday so we had bought her a puppy.

‘I heard the dog crying so I woke Mark up. At this point I had no idea that the men were already in my house.

‘Mark went downstairs and I heard a massive bang – I thought he might have fallen down the stairs or something.’

A few seconds later, Collette recalls hearing the sound of a car engine starting outside.

Collette said: ‘Mark ran out to try and get them out of the car and they started reversing into him.

‘He had no choice but to hold onto the car and they took him right up the street and then knocked him on to the curb and drove over him twice.

‘It was so harrowing I couldn’t even stand to watch. Mark was screaming in pain, he was in a terrible state.’

Collette said she immediately phoned for an ambulance and ran over to help Mark, who was bleeding from his ear and mouth.

The dad-of-one was under the care of the critical care unit for a number of days, and has since been moved to the trauma unit, where he is under constant supervision. 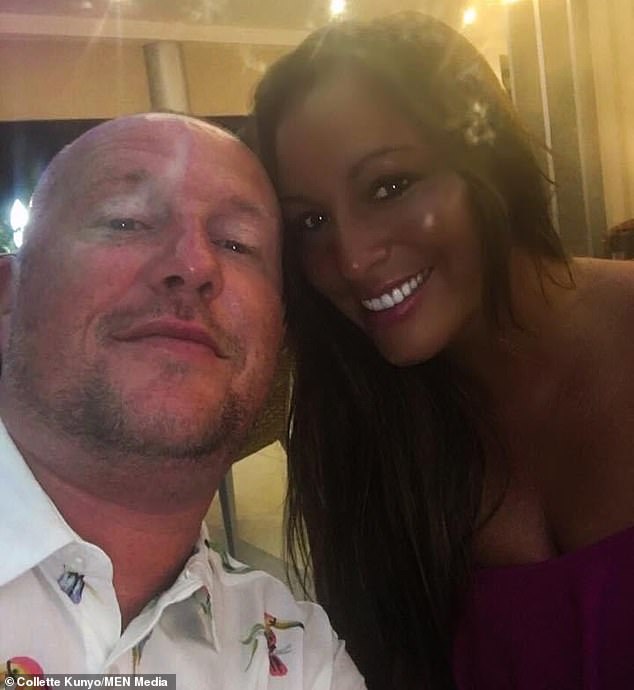 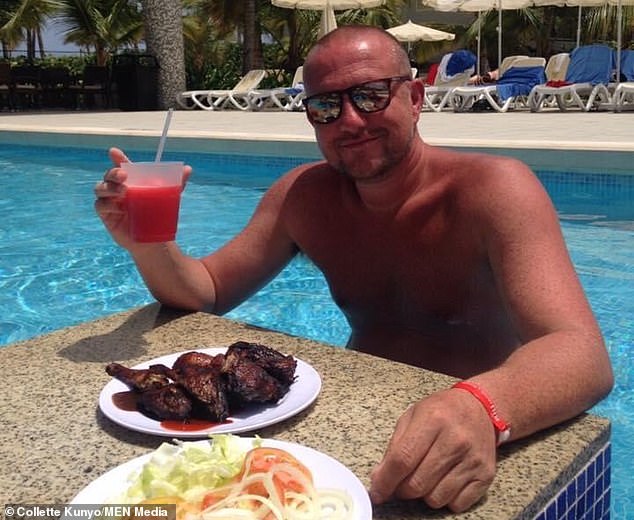 Collette said: ‘It is really difficult because I am not allowed to go and see him and it’s difficult to find out anything concrete about his condition.

‘He has completely lost his memory. He said to the nurse yesterday: ‘Where is Collette? She was just here.’ He knows he is in hospital but apart from that he is just in so much pain.’

Collette is desperate for police to catch the people responsible and bring them to justice.

Collette said: ‘They have torn this family apart.

‘My son has always been very scared about people breaking in and he hasn’t been able to stay at the house since this happened.

‘My daughter is very frightened. The impact it has had on everyone is just horrible.

‘Mark is a big Manchester City fan and I am currently making Mark a memory box of all our nicest times together so I’m hoping that will jog his memory a bit.’

A spokesperson for Greater Manchester Police said: ‘At around 5.30am on Thursday 13 August 2020, police were called to a report that a man had been driven at by thieves who stole his car – a white Audi A6 S Line – from a property on Styhead Drive, Middleton.

‘The 44-year-old man was taken to hospital where he remains with serious injuries.

‘A man was arrested but has since been released on bail pending further enquiries.

‘An investigation is underway.’