Chris Merrit got trapped in the 40ft tree after his macaw was scared away by a flock of seagulls as he trained it in the garden of their home in Brighton.

Chris posted pictures of the bird on Facebook before finding someone who had spotted him in a tree a few streets away.

But the bird-lover’s rescue efforts were thwarted when he found himself stuck near the top of the tree unable to reach the parrot or climb down.

Chris called 999, and a fire engine was dispatched to rescue him, with firefighters rescuing him with a ladder.

The harlequin macaw, who is named Charlie, flew away during the rescue after being disturbed by the fire engine’s sirens. 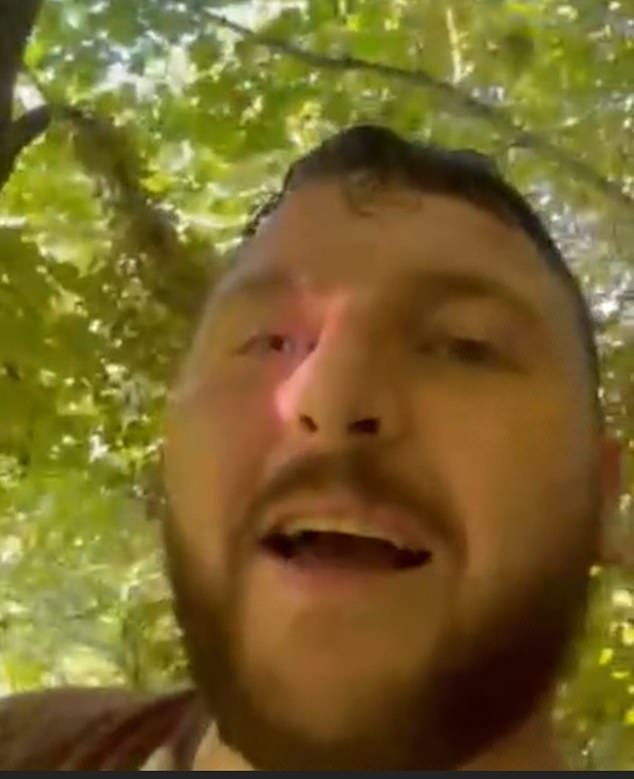 Chris filmed himself in the tree while waiting to be rescued by firefighters, who managed to reach him with a ladder 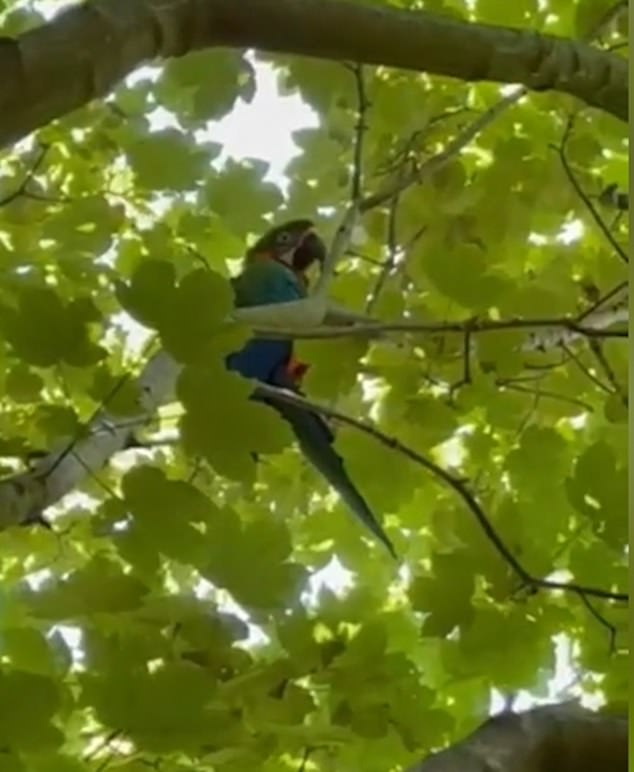 Charlie was perched at the top of the tree, just out of Chris’s reach, and flew away as firefighters arrived 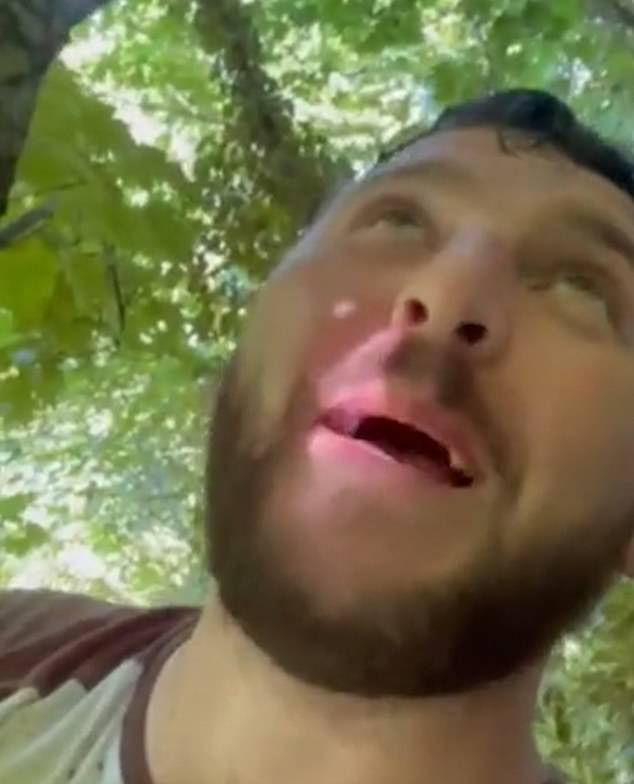 ‘This is what it is owning a parrot’ – Chris managed to remain in good sprits while waiting for the emergency services, despite being stuck on a branch 40ft in the air

Chris took a video of himself stuck in the tree, just out of reach of Charlie. He said: ‘I am 40ft off of the floor in f****** trees taller than houses, and now the fire engines are here. Oh how joyous.’

He also tried to coax the parrot down while waiting for the fire brigade to reach him in the tree, Brighton and Hove News reported.

Chris had to wait over 24 hours before hearing any more news on the parrot, but was finally relieved to hear Charlie had been found after crashing into a house.

The professional dog trainer said he was ‘embarrassed’ after seeing Charlie fly away when he was stuck in the tree, but praised the Brighton community as ‘unbelievable’ in their efforts helping him to find his bird.

He added he wasn’t worried about Charlie running away or finding a new home as macaw’s usually bond to just one person.

Over 100 photos were shared in the area by people who had spotted Charlie. Chris said he particularly enjoyed the response from primary school children in the search for Charlie. 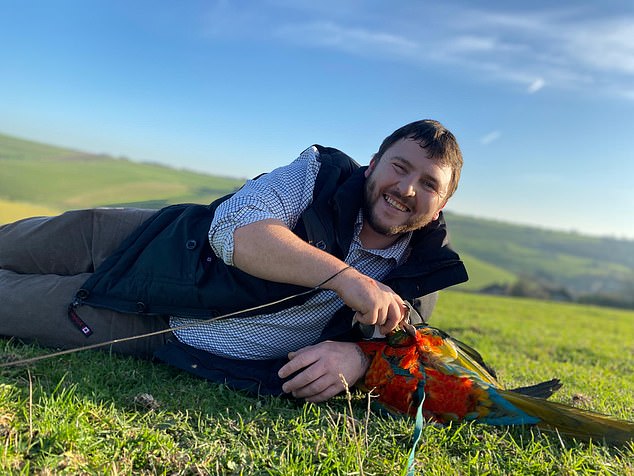 Chris Merrit was trying to teach his harlequin macaw, Charlie, to free fly in his garden to free fly when the bird was chased away by a flock of around 100 seagulls 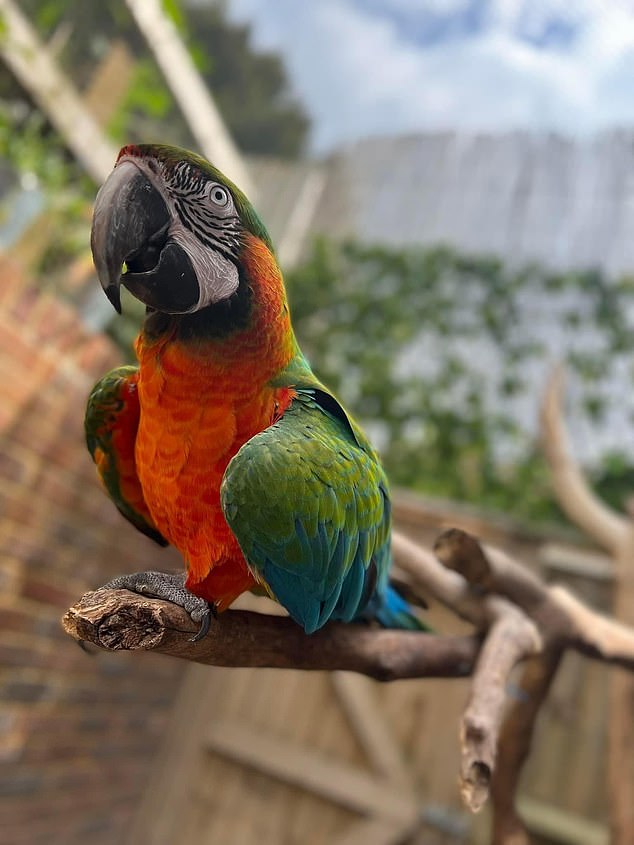 Macaws are the largest type of parrot and can mimic human speech. They also have an instinct to flee quickly when threatened, causing Charlie to dash around Brighton before finally being reunited with Chris

Chris added he is now considering writing a children’s book about the Charlie’s adventure.

He also said the community would have a chance to meet Charlie when he brought him to the Bevendean Co-Op pub in Brighton where he is organising a meet-and-greet to thank everyone for their help.

He also warned against keeping macaws as pets without proper training, but added he would keep training Charlie in his garden. 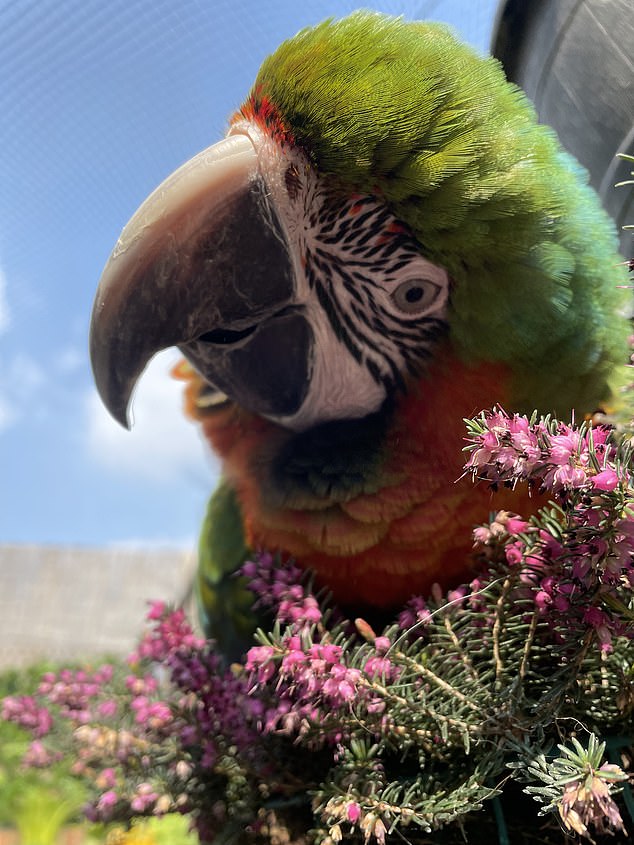