Home » World News » Man, 42, dies after falling off paddle board and getting tangled in moorings on Cornish holiday

Man, 42, dies after falling off paddle board and getting tangled in moorings on Cornish holiday

A 42-YEAR-OLD holidaymaker has died after falling from a paddle board in strong currents and then getting tangled in moorings in Cornwall.

The man, from Essex, fell into the water near the sailing club at Rock beach in Cornwall at about 1.30pm yesterday. 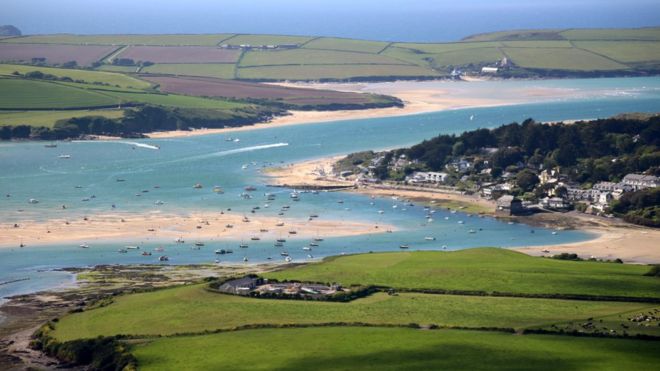 He was rescued by a local boat which then got into trouble itself.

James Instance, from Falmouth Coastguard, said: "Despite the best efforts that were put in by paramedics, the lifeboat crew and others, he was declared deceased at the scene.

"A couple of people had been out on paddle boards on the Camel Estuary with a flooding tide.

"With the water moving quite quickly, they had come off the boards and then got tangled in moorings in the area.

"That had caused a problem when they were unable to free themselves."

A local boat went in and managed to free the man and recovered him into his boat.

Mr Instance said: "They then tried to bring him to shore, but then got into a little bit of trouble and fired a red flare."

Mr Instance said: "It was very fast-moving and dynamic – there were a lot of resources going in a somewhat confusing picture."