An indoor wedding held in Maine has been linked to 123 COVID-19 cases and an outbreak in two other towns after one woman who was infected by a guest died.

The venue owner has since admitted that they misunderstood local capacity rules and overbooked the event.

The Maine Center for Disease Control and Prevention (MCDC) revealed that the number of cases jumped by 99 after officials initially reported 24 confirmed infections last Monday.

On August 7, about 65 people attended the indoor event at the Big Moose Inn, according to MCDC spokesman Robert Long.

The state’s limit on social gatherings is 50 people.

Those infected range in age from 4 to 78-years-old. Around 13 per cent of this infected are asymptomatic. Almost half of the cases thought to have come from the wedding are people who did not attend.

One person who did not attend the wedding ceremony or reception died after they and an infected guest came into contact. 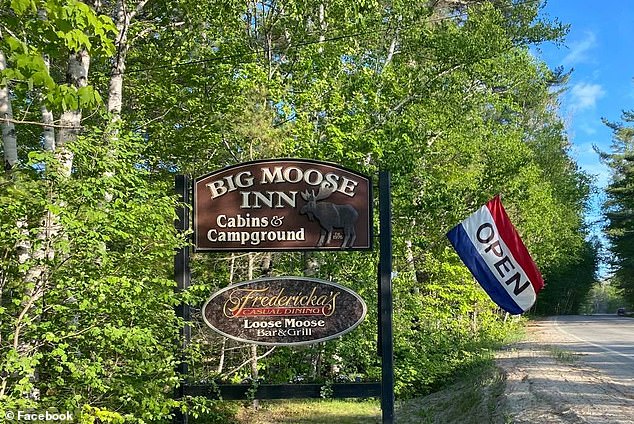 About 65 people attended the indoor event on August 7 at the Big Moose Inn, according to Maine Center for Disease Control spokesman Robert Long

The Big Moose Inn was issued with an imminent health hazard citation and its health license suspended, Maine CDC Director Dr. Nirav Shah said. The Tri-Town Baptist Church in East Millinocket is understood to have held the wedding ceremony.

And now, the outbreak has spread to two separate towns that have reported a concerning uptick in cases since wedding.

The number of coronavirus cases at the York County Jail in Alfred rose from 18 to 54 last week – a 35-case increase that affected nearly all sectors of the detention center.

York County Sheriff William King told Bangor Daily News that 35 inmates had been infected, 16 corrections officers, two county government staffers and one employee with the Maine Department of Health and Human Services assigned to the jail.

As of Friday, jail officials were still waiting on around 85 other test results. 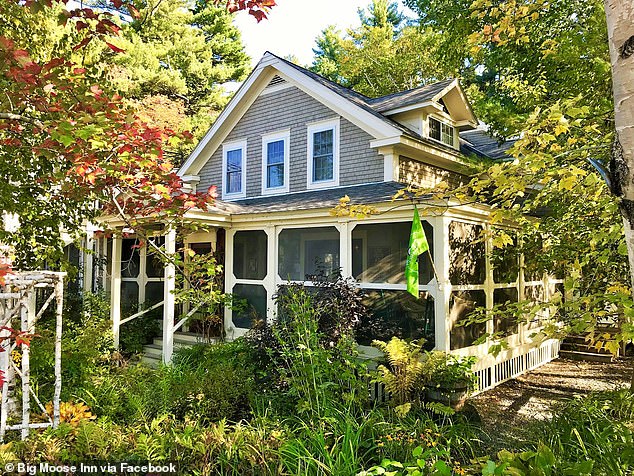 A jail employee had attended the wedding and was among one of the first employees to receive a positive diagnosis.

The facility housed 99 inmates as of July 31 after officials shrank county jails by 40 per cent early in the pandemic to curb infection.

Health experts noted inmates at jails and prisons were particularly vulnerable because they’re overcrowded, typically unsanitary and have a limited supply of cleaning products.

The other group hit by the recent outbreak were residents at Maple Crest Rehabilitation Center, a nursing home in Madison.

Nine cases have been reported at the nursing home a month after the center celebrated being ‘free from COVID-19.’

Officials have not reported any additional cases yet, but nursing homes and elderly citizens were also noted as vulnerable during the pandemic. 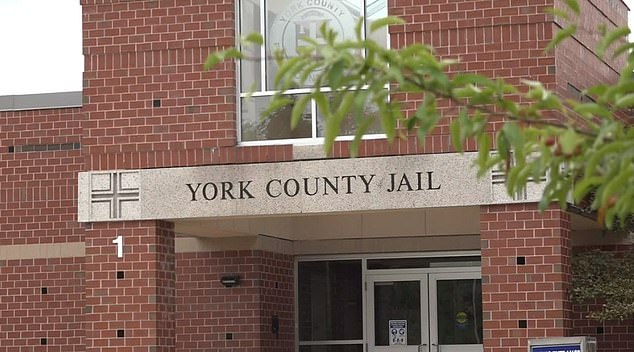 At York County Jail (pictured), 35 inmates had been infected, 16 corrections officers, two county government staffers and one employee with the Maine Department of Health and Human Services

The Life Care Center in Kirkland, Washington, was the site of a devastating outbreak that killed at least 37 residents and was linked to more than 30 cases.

Public health experts previously identified elderly citizens as one of the groups most at-risk of catching and dying from the virus.

DailyMail.com has reached out to the Maine CDC for further details about the outbreak.

On Friday, Maine officials reinstated the Big Moose Inn’s health license and the owner issued a statement that attempted to explain why they violated health guidelines.

The initial violation notice, obtained by Press Herald, found that employees at Big Moose Inn were not wearing masks, social distancing was not observed and tables were not six feet apart.

In response, owner Laurie Cormier claimed her establishment misinterpreted local health guidelines and the overcrowded wedding was a misunderstanding.

‘It is important to note that because Big Moose Inn has separate rooms for dining as well as outdoor seating, the facility’s approved capacity during this time is 80 persons,’ wrote Cormier, WAGM-TV reports.

‘We understood that there could be no more than 50 persons in our largest room. We did make an error in the interpretation of that rule.

‘Our interpretation was that we could take a wedding party of more than 50 persons, and split them between two rooms as long as it didn’t exceed our total capacity or a specific room’s capacity.’

Cormier added: ‘The State – perhaps, rightfully so – assumes that individuals from a larger group would ignore the room restrictions, and take the opportunity to co-mingle.

‘Our interpretation of the rule put the Big Moose Inn in violation of the gathering of people over the maximum number allowed by Maine DECD guidelines.’

The statement said that all staffers were tested or self-quarantining. None of the servers who worked the wedding party have tested positive.

‘Our employees have received 23 negative tests, two tests are still outstanding, and five self-quarantined. We have, however, had two employees test positive since the post-wedding dinner,’ wrote Cormier. 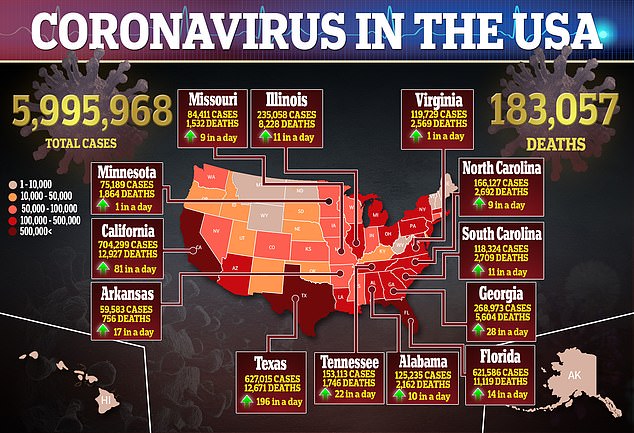 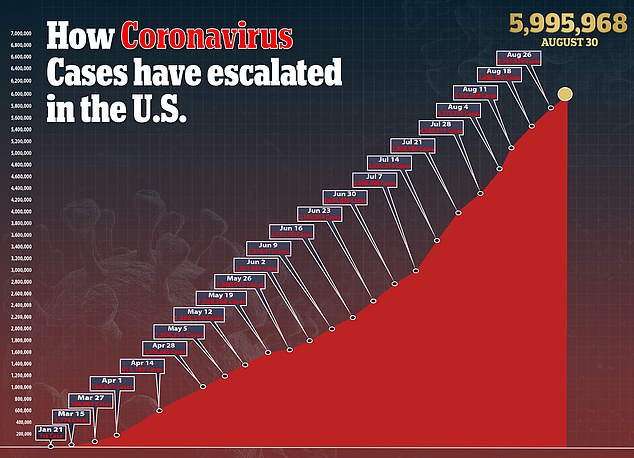 ‘Internal contact tracing suspects the employees picked it up from an outside source. Those who tested positive have completed their quarantine.’

While the United States has amassed the largest number of coronavirus cases in the world, Maine’s cases and deaths have remained relatively low compared to other states.

There have been 4,500 cases and 132 deaths over the course of seven months.

Penobscot County, where Millinocket is nestled, has recorded 214 confirmed cases, 15 probable cases and 6 deaths as of Monday morning.

Nearly 30 people have been hospitalized with coronavirus and 191 have been listed as recoveries.