Interior designer battles ‘super-prime’ property boss in court claiming she undersold her Regent’s Park mansion for £10.3m and left her £1.75m out of pocket

A luxury interior designer who sold her London mansion for £10.3million is suing the estate agency that managed the sale for failing to secure a better offer – after the original asking price was set at £14.5million.

Tiggy Butler, who specialises in restoring historic multi-million pound homes, claims she was left out of pocket following the sale of her large neo-classical house, which overlooks Regent’s Park in the centre of the capital.

Rokstone was the first to bring a claim after Ms Butler refused to pay the firm its £318,000 worth of commission, despite allegedly giving the agents ‘fulsome praise’ for their work leading up to the sale.

Tiggy Butler (pictured outside court), who specialises in restoring historic multi-million pound homes, claims she was left out of pocket following the sale of her large neo-classical house, which overlooks Regent’s Park in the centre of the capital 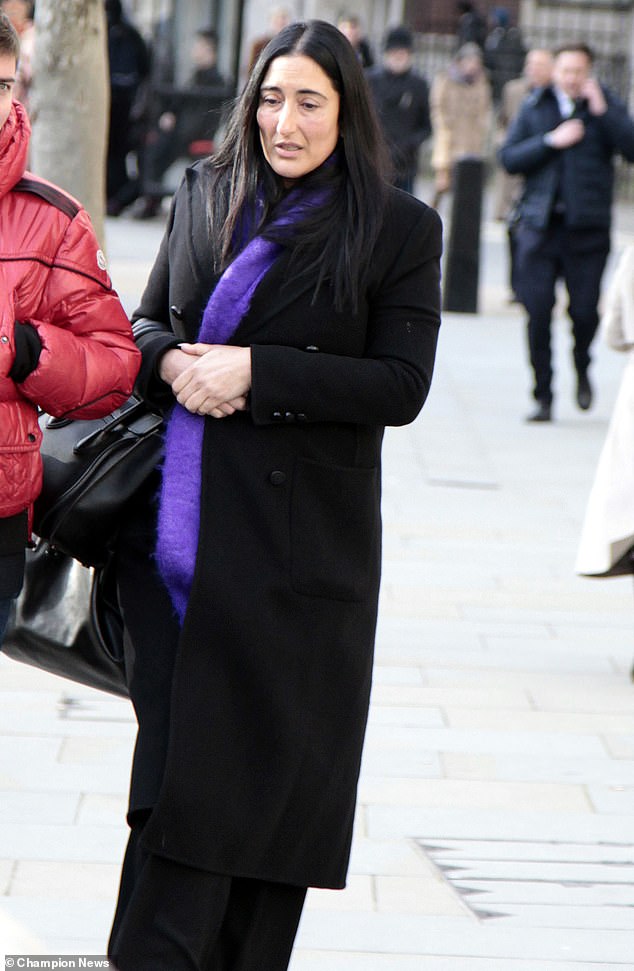 The designer is now rowing at the Central London County Court with ‘super-prime’ property specialist Becky Fatemi (pictured outside court), the boss of Rokstone Ltd, which sold Ms Butler’s property

But Ms Butler said she owes Ms Fatemi’s agency nothing and decided to countersue, claiming the agents were in breach of contract because they missed chances to sell her house for more, leaving her up to £1.75m out of pocket.

Ms Fatemi and Ms Butler are now facing off before Judge Alan Johns, with Ms Fatemi’s agency demanding its commission and Ms Butler seeking the extra cash she claims her home should have sold for.

The court heard Ms Butler bought her house in Chester Terrace in 2014 and spent two years restoring it to its former grandeur before putting it on the market in 2016 for £14.5m.

Ms Fatemi’s agency was instructed in 2019 after the house failed to sell for three years, despite the best efforts of several other agents.

Daniel Petrides, for Rokstone Ltd, told the judge that the house still remained unsold in October 2020, by which time Ms Butler was in ‘dire financial straits’ and facing the imminent prospect of the house being repossessed by her mortgage company.

Having been informed of the situation, Ms Fatemi’s agency dropped the asking price to £11.6m and by February 2021 had sold the house and its contents for £10.3m to tycoons from Saudi Arabia.

But Ms Butler subsequently refused to pay the agency the £318,452.01 commission Ms Fatemi claims it is owed.

Stephen Innes, for Ms Butler, told the judge that she is unwilling to pay the commission, claiming that the contract with the agency is non-enforceable because the terms were not clearly explained to her in writing, as prescribed by the Estate Agents Act 1979.

Additionally, she claims Ms Fatemi’s agency in fact owes her money, alleging that a failure to ‘act with reasonable care and skill’ led to her losing money on the sale.

She claims that had the agents acted properly the house could have been sold for £11m in March 2020, saving her a fortune in interest payments and leaving her now a total of £1,747,490 out of pocket.

But Mr Petrides denied all the claims made against Rokstone and asked the judge to order Ms Butler to pay the commission.

‘The claim itself is…relatively straightforward. However, matters have been complicated by the introduction of a factually convoluted but ultimately spurious counterclaim which the defendant seeks to set off against her contractual liabilities,’ he told the judge.

He said Rokstone had put the house through a ‘thorough and pro-active marketing process,’ that all formal offers were shown to Ms Butler and that ‘the most significant obstacle to achieving a speedy sale’ was her own conduct.

‘Following completion of the sale, the defendant – who had hitherto been fulsome in her praise for the considerable work which Rokstone…had been doing to market the property on her behalf, and had repeatedly confirmed her understanding that commission would be payable – instructed her conveyancing solicitors, Forsters LLP, not to pay the commission out of the completion monies. The commission still remains unpaid. 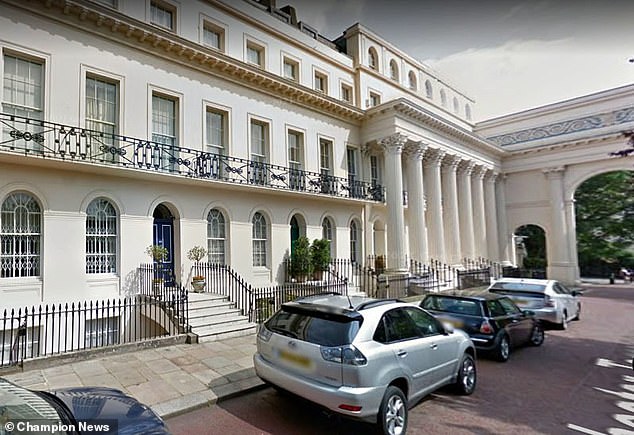 The court heard Ms Butler bought her house in Chester Terrace (pictured) in 2014 and spent two years restoring it to its former grandeur before putting it on the market in 2016 for £14.5m. However it failed to sell for three years before Ms Fatemi’s agency was instructed to try and move the property

‘The defendant does not deny that she failed to pay the commission. However, she now seeks to dispute the legal enforceability of the contract due to an alleged failure to provide certain explanatory information about the commission arrangements required by s.18(1) of the Estate Agents Act 1979.

‘Rokstone does not accept that the defendant was not supplied with the required information.’

In the witness box, Ms Fatemi told the judge that Ms Butler was under ‘serious financial constraints’ by the time the house was finally sold.

‘She was a month away from getting the house repossessed. A lot of our efforts and energy went into making sure that didn’t happen,’ she added.

However Mr Innes told the judge: ‘The claimant’s personnel are aggrieved at the non-payment of commission, in circumstances where they did work hard to achieve a sale; they will undoubtedly point to the defendant’s effusive expressions of gratitude for that work at the time.

‘The court will appreciate that expressiveness and gratitude are very much in the defendant’s nature and that at a time of urgent financial pressure to sell the property, she was heavily dependent on the claimant’s efforts.

‘At the time, she was not aware of the matters of complaint which she now advances in these proceedings.

‘The defendant had poured her resources and her creative energy into buying and renovating the property to create a stunning home and ultimately to provide financial security for her and her family.

‘The delay in selling it and the reduced selling price have been financially disastrous and emotionally devastating for her.’