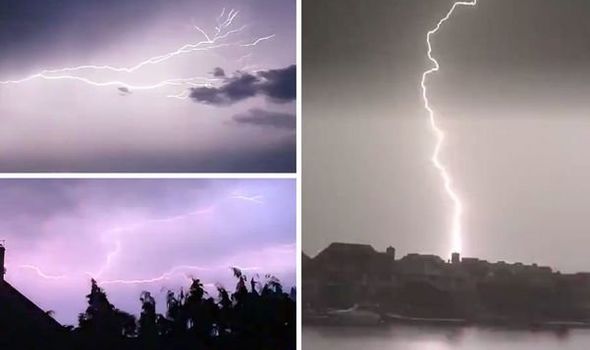 Thunderstorms have arrived in Britain as the Met Office issued two days of yellow weather warnings for storms and flooding. Despite torrential rain and hail in the forecast, weather enthusiasts were charmed by fork lightning. Thunder and lighting were spotted over Brighton last night with further reports in Norfolk and Birmingham.

The humidity and high pressure in the south have caused storms to spark across the south of the UK.

A yellow weather warning covers a majority of south England spreading as far as Devon and Manchester.

One said: “Nature is incredible. Storm bedevils the skies off the coast above Newhaven, witnessed from our house 2 miles inland. 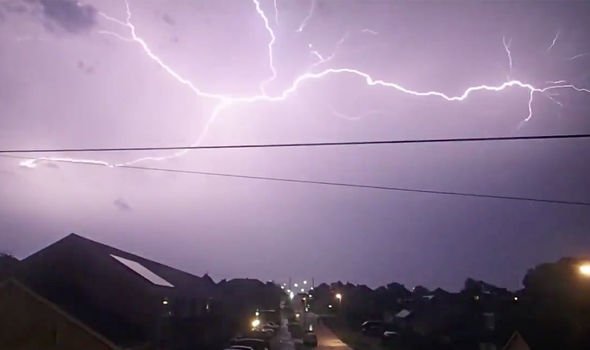 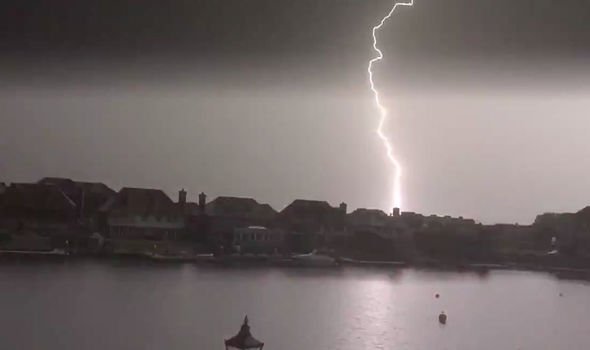 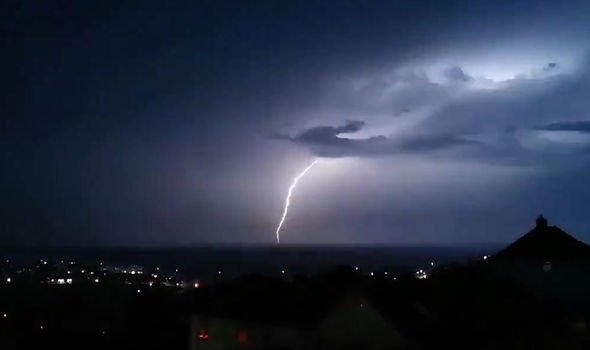 “The likes of which I’ve never before seen in this country.”

Another added: “Lots of lightning showing up over the English Channel from Brighton seafront.”

Met Office meteorologist Craig Snells told Express.co.uk: “Thunderstorms are expected to develop across the day today, as early as this morning with rumbles of thunder.

“However the bulk is expected to occur during the warning period from 6pm tonight until 9pm tomorrow. 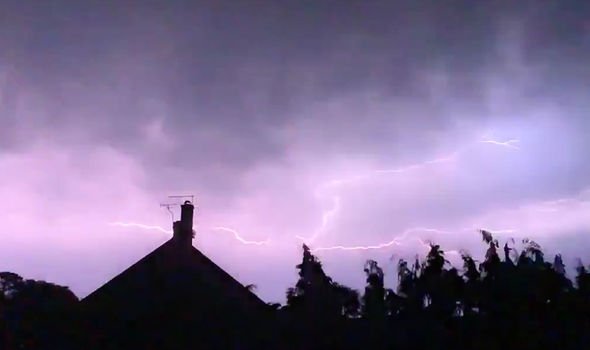 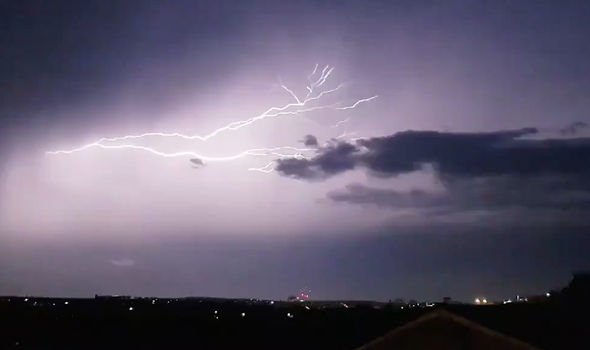 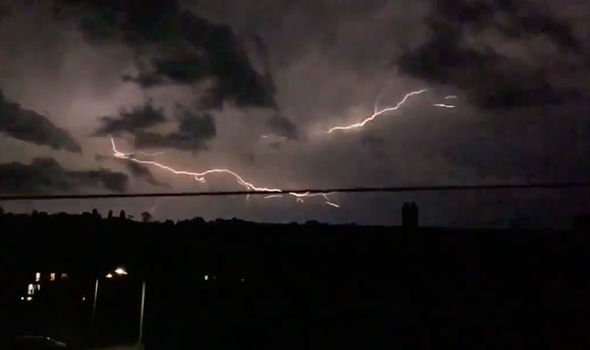 “There will be several episodes of thunderstorms, which will wax and wane, and may be accompanied by 15-50 mm of rain in some areas, which after last weeks weather could cause localised flooding.

“It is localised flooding which is the main concern, especially after the heavy rain last week.

“For some areas, the ground will be saturated, which could cause localised flooding and potentially hazardous driving conditions.

“Thunderstorms today could merge into a prolonged band of heavy rain will spread this evening over the south of England.”