A strongly-worded letter, written by Prince Philip slamming New Zealanders for treating Maoris like ‘museum pieces’ and ‘domestic pets’ has sold at auction for a staggering £3,600- 12 times the asking price.

In a withering critique of the country, the Duke of Edinburgh also suggested New Zealand was ‘overgoverned’ with ‘not much room for initiative’.

The 11 page letter, dated March 8, 1954, was written by the Duke to Australian politician Sir Harold Hartley while he and the Queen were visiting the two countries.

Although it was expected to fetch £300, it eventually sold for 12 times that estimate. 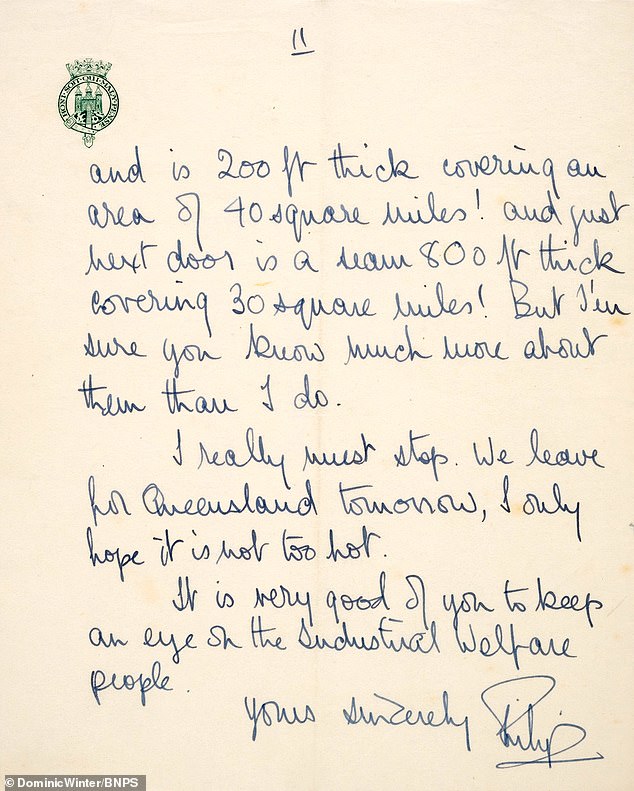 Chris Albury, specialist at Dominic Winter Auctioneers of Cirencester, Gloucs, said: ‘We are confident it is a world record price for any Prince Philip letter.

‘There was worldwide interest in it including from the US, Australia and New Zealand, with the two strongest bidders fighting it out online.

‘It is an incredible price but it was an exceptionally long and interesting letter so it shows that good content can add huge value to an autograph collectable.’

In the letter Prince Philip expressed his fascination with Maori culture and revealed he had read ‘Coming of the Maori’ by Sir Peter Buck, a Maori war hero, doctor, politician and museum director.

He also takes potshots at the Australian political system which he claimed ‘had a genius for getting worked up about trifles while really important issues were stinking under their noses’.

He lamented the fact there were not any Maoris ‘of his calibre’ following his death in 1951 and said their population was growing up ‘without proper leadership’. 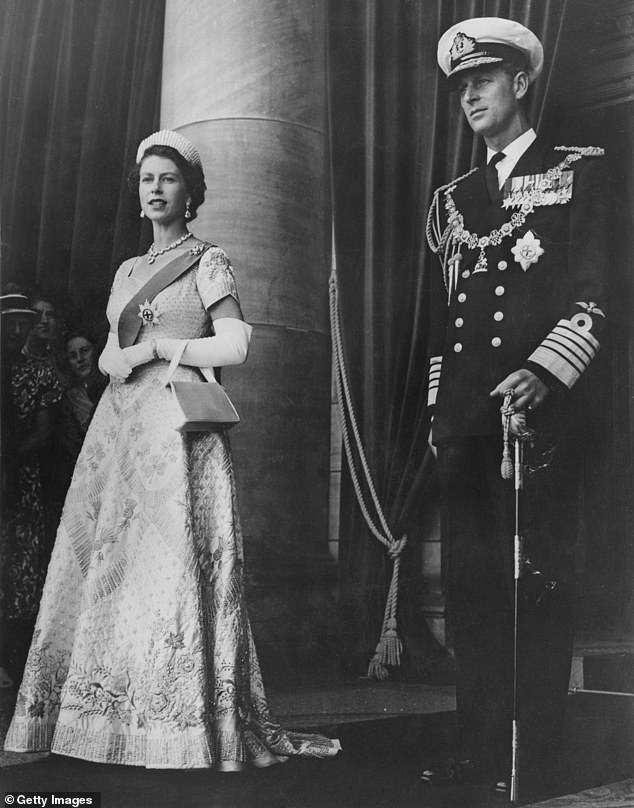 Queen Elizabeth II and Prince Philip leaving Parliament House, Wellington, after the Queen had opened a special session of the New Zealand Parliament, during her coronation world tour, 12th January 1954

He wrote: ‘New Zealand arranged their tour extremely well and we ended up having seen at least something of almost everything…

‘I had a look round the museum, which is very well arranged. I was particularly fascinated by the Maori bit having read Peter Buck’s ‘Coming of the Maori’.

‘There do not appear to be any Maori’s (sic) of his calibre at the moment and the result is that the growing Maori population is growing up without proper leadership.’

He then observed: ‘The New Zealanders appear to regard them (Maoris) somewhere between museum pieces and domestic pets.

‘There seems to be no official policy for them which is at all enlightened.

‘…New Zealand on the whole struck me as over-governed with not much room for initiative – the perfect welfare state in fact!’

Philip was, however, far more complimentary of the country’s inhabitants who were ‘universally charming’ and ‘most considerate’.

He wrote: ‘The people were universally charming and on the whole most considerate.’

Turning his attention to Australia, Philip took aim at the ‘inter-state jealously and state vs federal animosity’ he felt existed which ‘had to be seen to be believed’.

He added: ‘Of course the Federal constitution is quite crazy and should never have been accepted in the present form…

‘They also seem to have a genius for getting worked up about trifles while really important issues are fairly stinking under their very noses.’