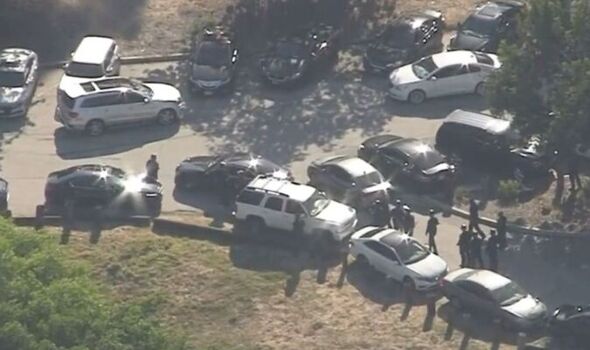 According to officials and witnesses, multiple shooters opened fire at the park injuring at least seven people.

Officers were called at 3:51pm local time on Sunday to attend to an active shooter at the park and officials have now added they believe that it involved multiple gunmen in a gang-related incident.

Spokesman for the Los Angeles Fire Department, Brian Humphrey said that at least four men and three women were shot and taken to nearby hospitals.

He added that at least one of the men and one of the women were in a critical condition and that the incident occurred near a car show at the park.

The Fire Department stated: “At least three of the patients are confirmed to have sustained gunshot injury, including one male and one female, both transported in critical condition.

“There are no other patients remaining at the scene. The incident circumstances, patient demographics, affiliation and precise nature of each patient’s injuries have yet to be confirmed.”

One dispatcher described the incident saying “the whole park is a crime scene” after witnesses described hearing dozens of shots ring out.

No arrests have yet been made and the city has been put on a citywide tactical alert by the LAPD due to the sheer number of officers on scene.