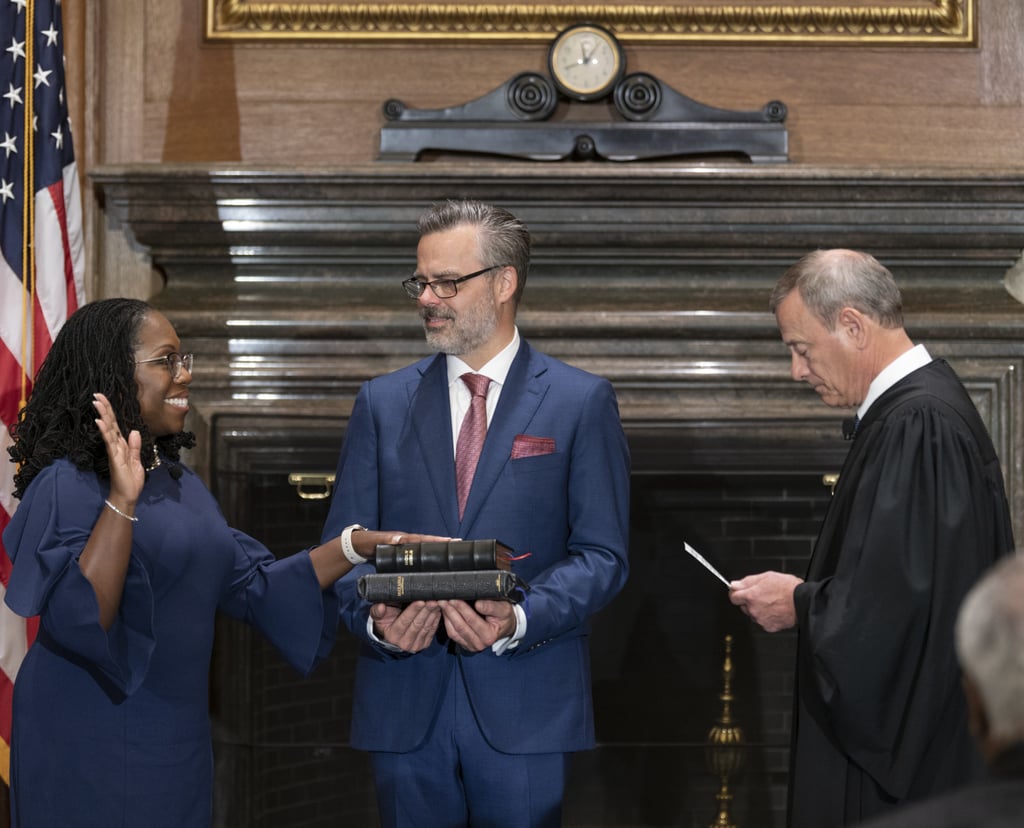 Ketanji Brown Jackson is officially a Supreme Court justice. The accomplished 51-year-old judge, who’s the first Black woman to serve on the high court, was sworn in on Thursday, a day after Justice Stephen Breyer announced his retirement date. At the swearing-in ceremony in front of Justice Jackson’s husband and two daughters, Chief Justice John Roberts administered the constitutional oath, and Justice Breyer, the judicial oath. While a formal ceremony will take place in the fall, Roberts said the oaths would allow Jackson to assume her duties, which “she’s been anxious to get to.”

Jackson was confirmed to the Supreme Court on April 7, after four days of tense hearings and resistance from several Republican politicians. Biden first nominated the judge in February, fulfilling his promise to nominate the first Black woman as a Supreme Court justice. “It has taken 232 years and 115 prior appointments for a Black woman to be selected to serve on the Supreme Court of the United States,” the justice said following her confirmation in April. “But we’ve made it. We’ve made it. All of us.”

She joins a conservative Supreme Court — with six sitting justices appointed by Republican presidents — at a harrowing time, just days after Roe v. Wade was overturned. Earlier on Thursday, an hour prior to Jackson’s swearing in, the Supreme Court also ruled in favor of conservative states in West Virginia v. EPA, limiting the Environmental Protection Agency’s ability to restrict power-plant emissions and limit its efforts to address climate change.