AMMAN (Reuters) – Jordan’s cabinet on Saturday offered striking teachers pay hikes in a bid to end a damaging nationwide strike that has piled pressure on the debt-burdened country undergoing tough IMF-backed fiscal reforms amid concerns of a new round of demands by army retirees and other public-sector employees. 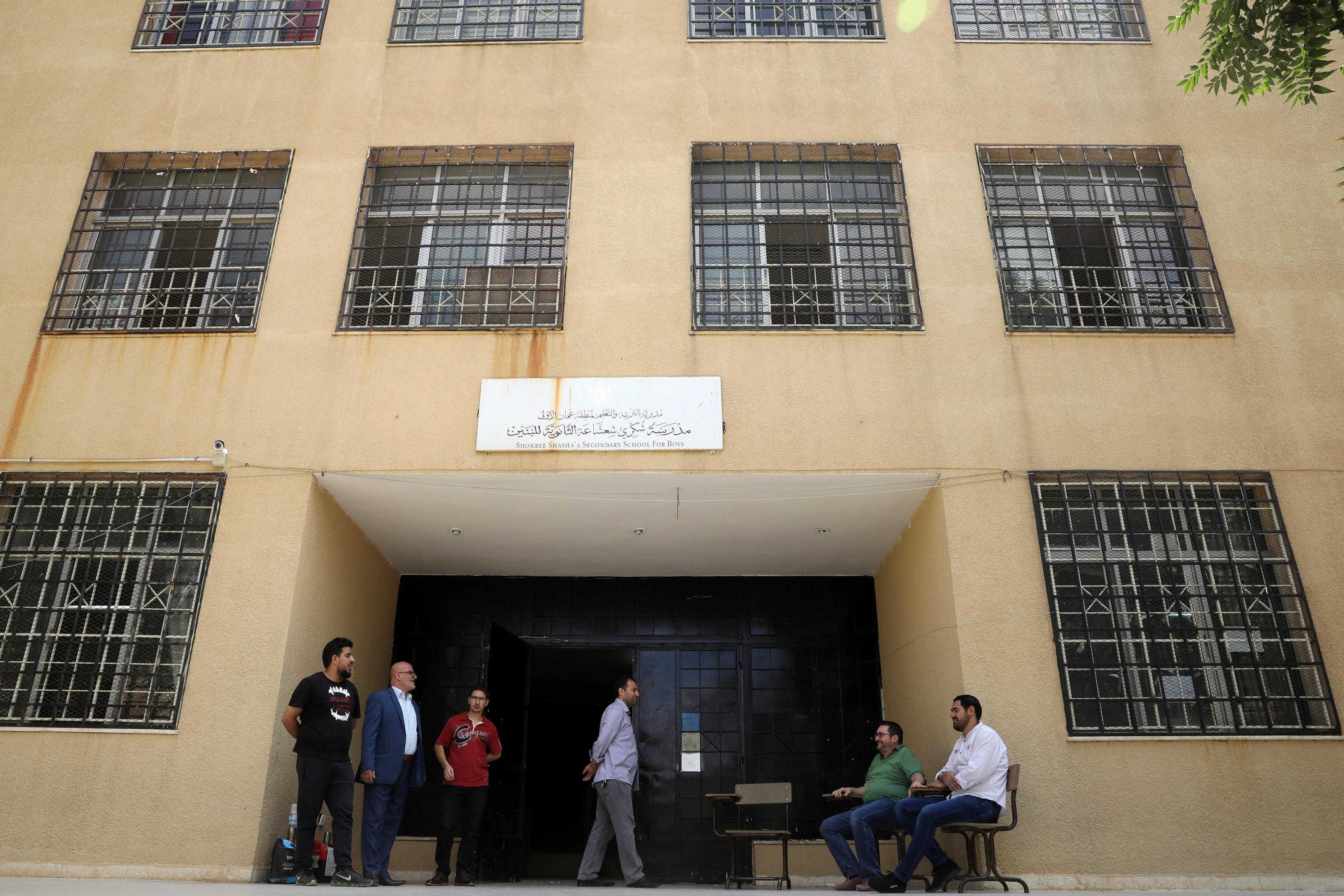 Over one and a half million students in the country’s public schools have been hit by the strike heeded by over 100,000 teachers after the government rejected a demand for a 50 percent pay rise of their basic salaries.

Prime Minister Omar al-Razzaz, facing a barrage of public criticism for his handling of the strike as it enters its fourth week, announced pay increases ranging from 6 to 18 percent.

“It’s high time students go back to school. We hope the union will look positively at these decisions,” Razzaz said, saying that the hikes would take effect at the start of next month.

The union, however, rejected the measure and criticized the prime minister.

“You are imposing a solution from one side. This is an authoritarian method,” Nasser Al Nawasrah, deputy head of the Jordanian Teachers Syndicate, said in a statement. “We donate these bread crumbs to the government.”

The government, which used tear gas to disperse protesting teachers at the start of the strike, says the union’s demands would add to fiscal woes while the country grapples to curb record public debt of around $40 billion. The debt is due at least in part to successive governments’ adopting an expansionist fiscal policy characterized by job creation in the public sector.

Officials say Jordan can no longer afford to sustain a public sector whose salaries eat up the central government’s $13 billion budget in a country with some of the world’s highest government spending relative to its economy.

Strike leaders and the government who met on Saturday in the latest round of talks were in emergency session to discuss the government’s first pay offer in a deepening crisis.

The strike has turned in many of the country’s rural areas and smaller cities that are a traditional heartland of support for the government as a protest against successive governments’ failure to deliver on promises of economic growth.

The government has accused the teachers union of intransigence and of forcing its hand at a time when it says the economy faces a downturn and state finances are stretched.

Some officials have also accused union leaders of harboring the Islamist opposition’s political agenda, a charge which the teachers union denies and says was part of a government smear campaign.

The government fears new pay demands by public sector employees, including doctors, and pension hikes to army retirees would wreck efforts to restore fiscal prudence for a sustained recovery.

Jordan’s King Abdullah ordered the army chief of staff on Saturday to approve a pension rise for some army retirees that would cost another 25 million dinars ($35 million) as a first stage, state media said.