Jobs should be given on merit and not as part of hitting diversity quotas, says veteran broadcaster Sir Trevor McDonald

Sir Trevor McDonald has said he favours people being given jobs on merit rather than as part of hitting diversity quotas.

The journalist, 81, who became the presenter of ITV’s News at Ten in 1992, said: ‘I understand why people do it and why people think about quotas… but there is a philosophical downside about that.

‘It’s awful if you walk into a place and they say “Oh I know why she got that job because they are looking for women”.

I think that is so unfair on the people. Maybe you were the best person for that job and so I am more interested in meritocracy… where someone is employed because they can do the job.’ 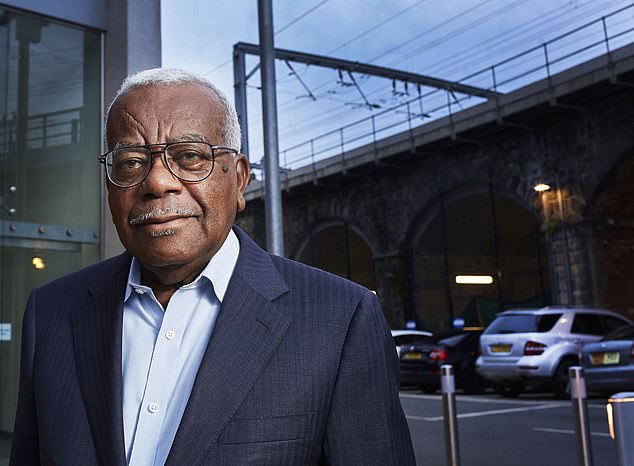 The journalist (pictured), 81, who became the presenter of ITV’s News at Ten in 1992, said: ‘I understand why people do it and why people think about quotas… but there is a philosophical downside about that

During a talk on the Fane production company website, Sir Trevor also admitted he struggled with the fame of being such a prominent black journalist in the UK, saying he handled it with ‘difficulty’.

He said when he joined ITN he had not wanted to be labelled as ‘the black reporter’ and was not going to be ‘relegated’ to doing stories about Bradford or Brixton or the ‘problems of immigration’.

He said he wanted to focus on international politics.

Sir Trevor revealed he had always found reading the news to be ‘terrifying’ and added: ‘I don’t think you ever lose the terror of doing it.’

He said anyone who said it was ‘easy’ was ‘not being very truthful’. The veteran broadcaster, who presented his last ITV News show in 2005, said: ‘I was overawed by the responsibility.

‘I have a very strong almost philosophical sense of news.’

He also recalled going to interview Saddam Hussein and being made to stay in a guest house where the phone lines had been disconnected.

He said: ‘In fact it was quite frightening as I suspect deep down I am a coward.’