The Grand Pour! Jeremy Clarkson and Richard Hammond enjoy £35 bottle of rosé wine during lunch at pub in Notting Hill

They’ve been presenting light-hearted motoring programmes on television together for nearly 20 years.

And Jeremy Clarkson and Richard Hammond showed they still enjoy their time off-screen together, as they shared a bottle of rosé wine while sitting at a pub on a hot day in London’s Notting Hill yesterday.

They had a table indoors at The Walmer Castle, which is owned by David Beckham and Guy Ritchie, as they each had a glass of Mirabeau Pure Rosé, from Provence in France, which is on the menu for £35 a bottle.

The Grand Tour presenters, who worked together on the BBC’s Top Gear from 2002 to 2015, clearly enjoyed their time together at the pub as Hammond gave a few animated hand gestures during the conversation.

The duo then took a little stroll to an awaiting Bentley car where Clarkson discreetly changed his shirt but nearly got caught by a passing lady, to whom he spotted and looked a little sheepish. A driver then took them away. 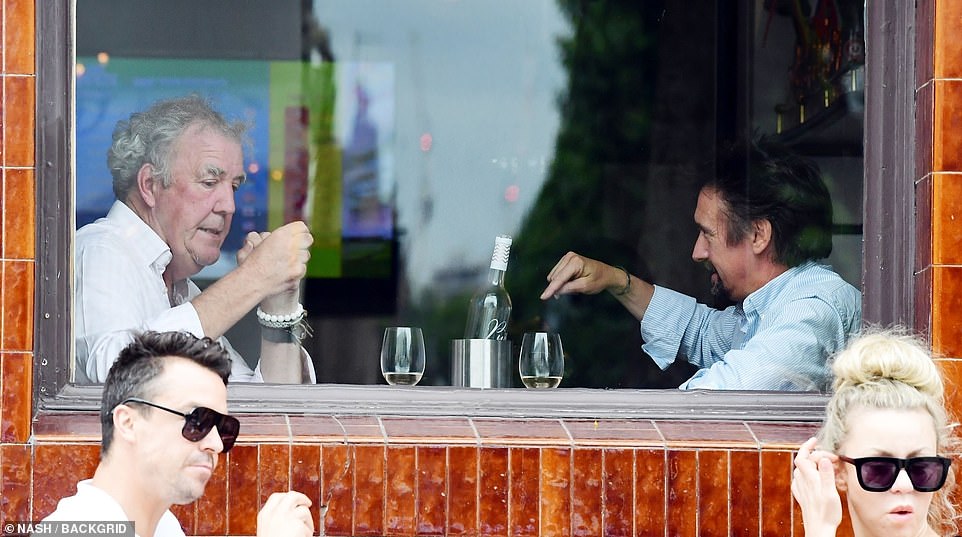 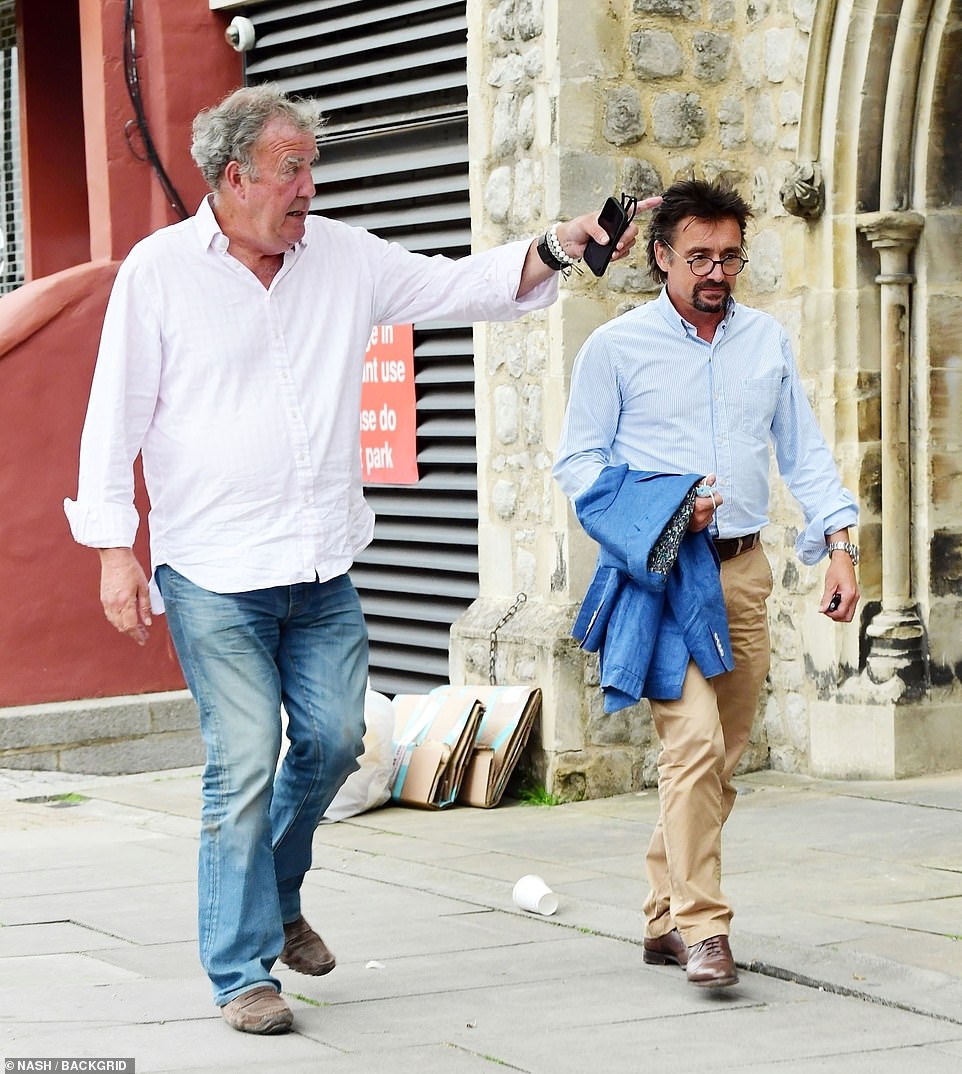 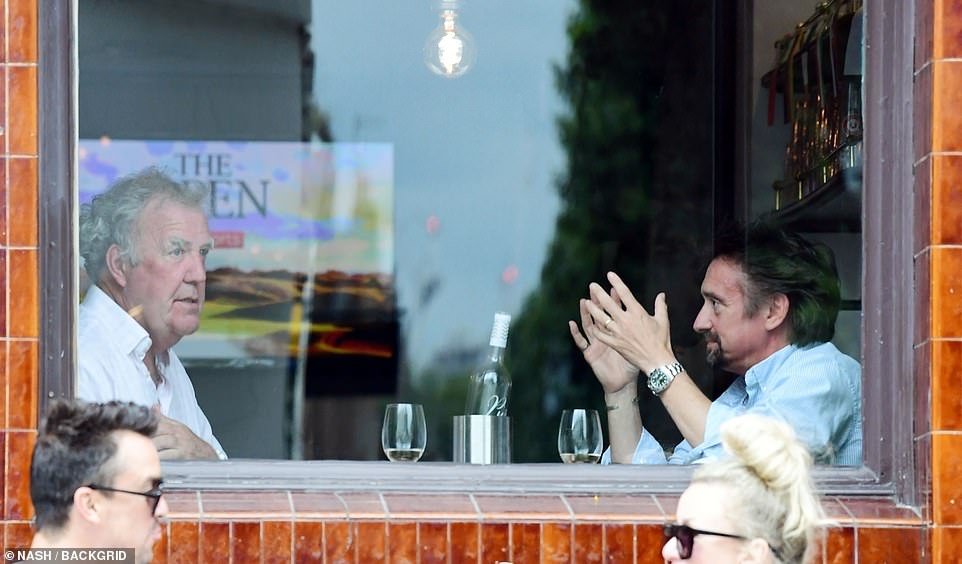 It came one day after Clarkson, 61, and Hammond, 51, joined Alan Carr for a book launch party at The Ned in London on Thursday night, as they supported their friend and Top Gear producer Brian Klein.

Clarkson appears to have settled for a serene farming lifestyle as part of his new Amazon Prime show, Clarkson’s Farm, which has proven to be a big hit so far.

Amazon has described the series as following a ‘year in the life of Britain’s most unlikely farmer and his team, as they contend with the worst farming weather in decades, disobedient animals, unresponsive crops, and an unexpected pandemic’.

It added: ‘Helped only by his gang of agricultural associates, Clarkson quickly discovers that a modern farmer must be conservationist, scientist, shepherd, shopkeeper, midwife, engineer, accountant and tractor driver, often at the same time. 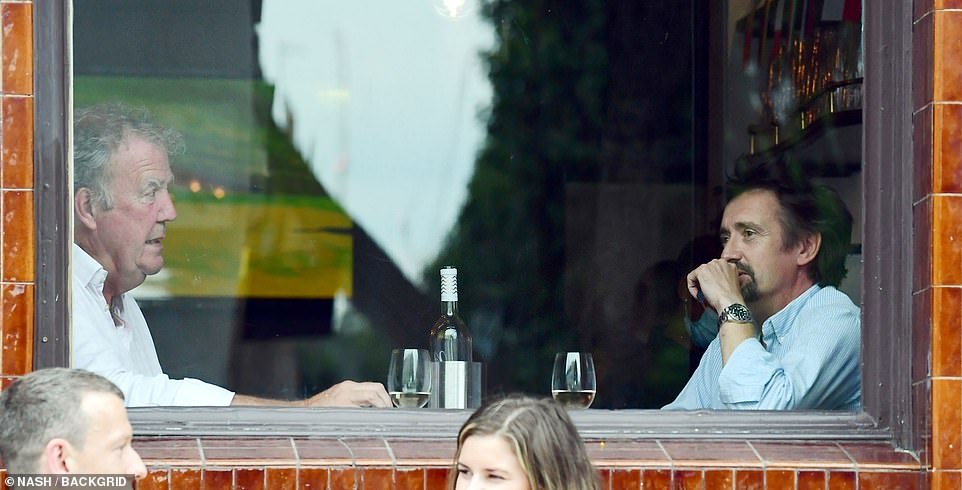 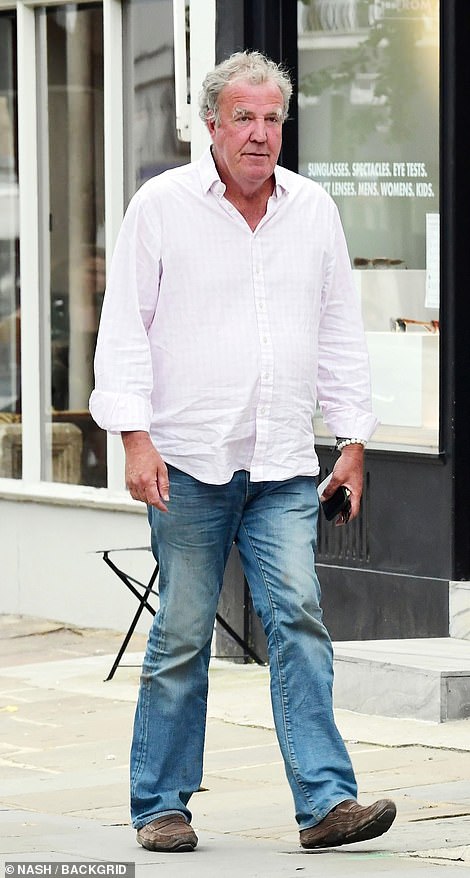 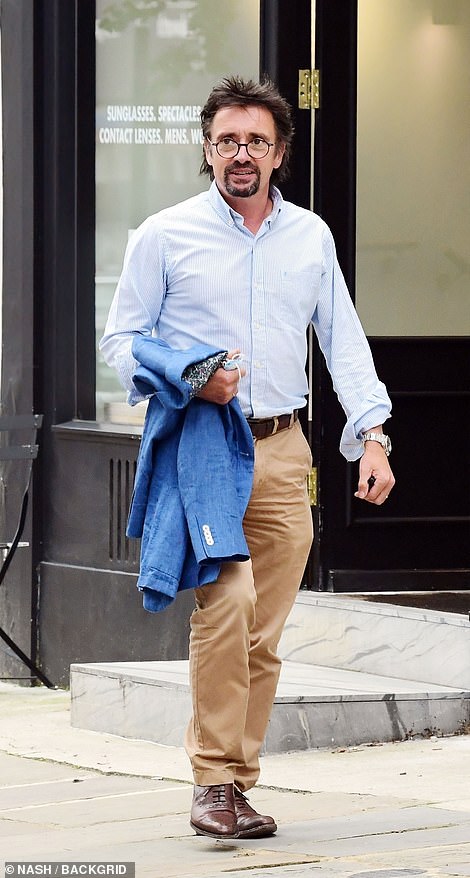 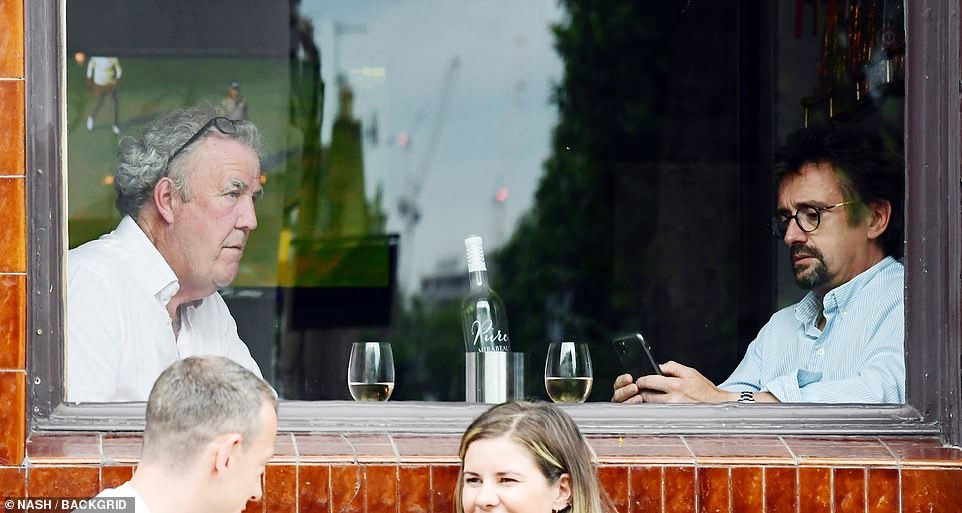 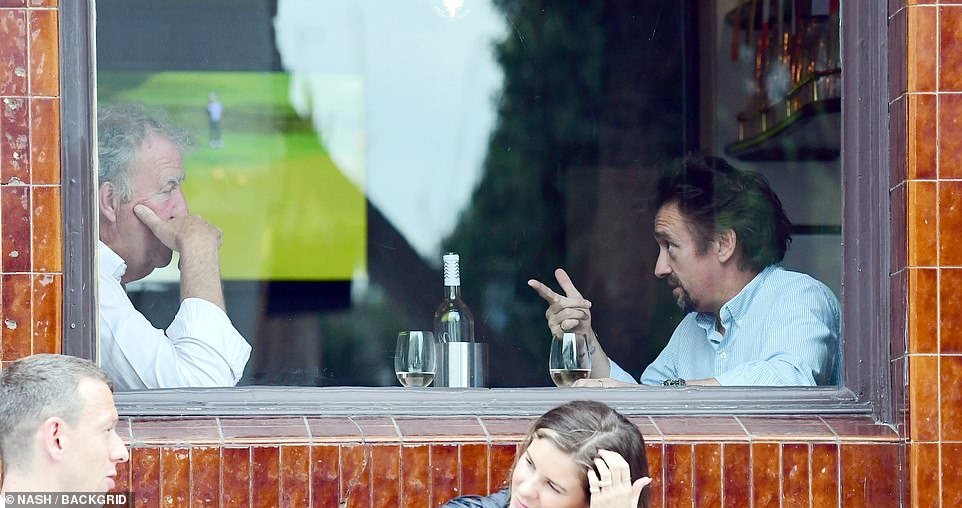 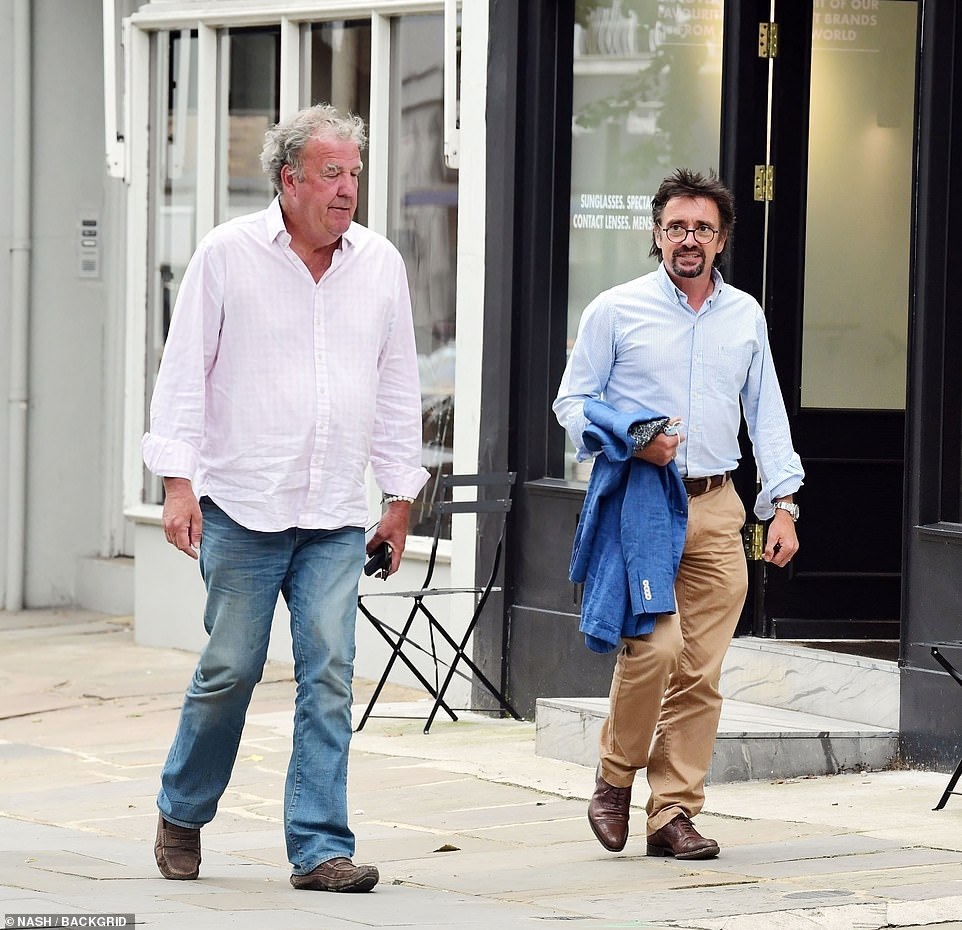 ‘Despite the calamities that ensue, this is most definitely not ‘The Grand Tour goes farming’.

‘Here on the farm the failures have real emotional consequences and Jeremy, completely out of his comfort zone, must lean on others as he strives to grow crops, rear sheep and pull off environmental projects that are close to his heart.’

It comes after Clarkson admitted he is ‘the unfittest’ he’s ever been because he has been ‘drinking himself silly’ during lockdown .

Clarkson, who has been helped by a local farmer named Caleb and his girlfriend Lisa, told The Sun in May: ‘[Caleb] doesn’t drink really so I have to take up his slack. 12 months, Lisa and I have drank ourselves silly. 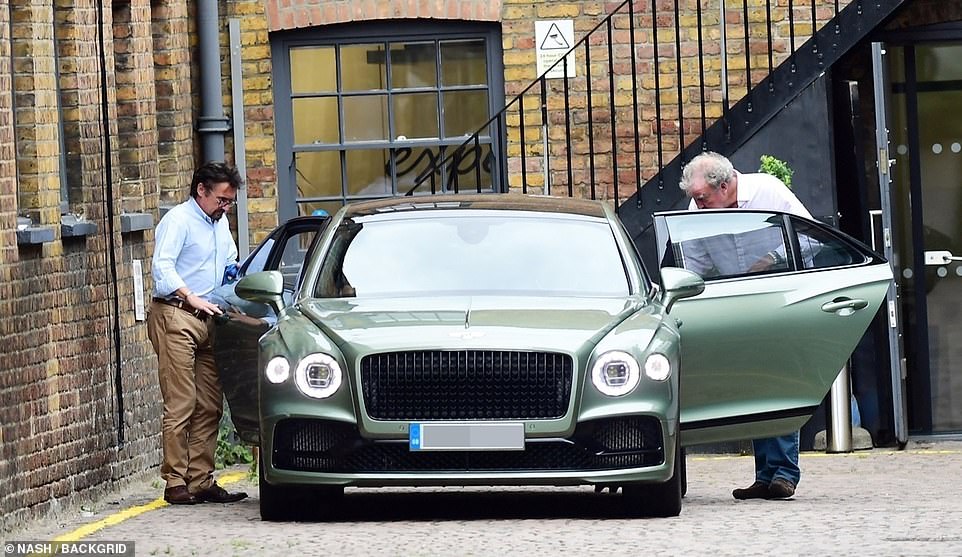 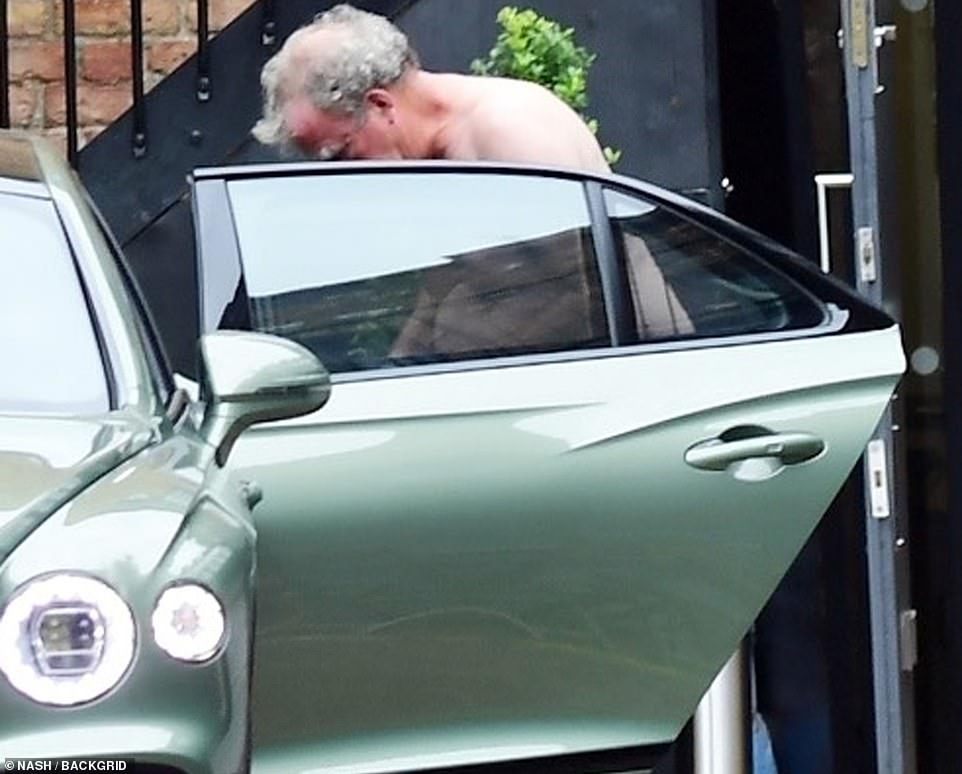 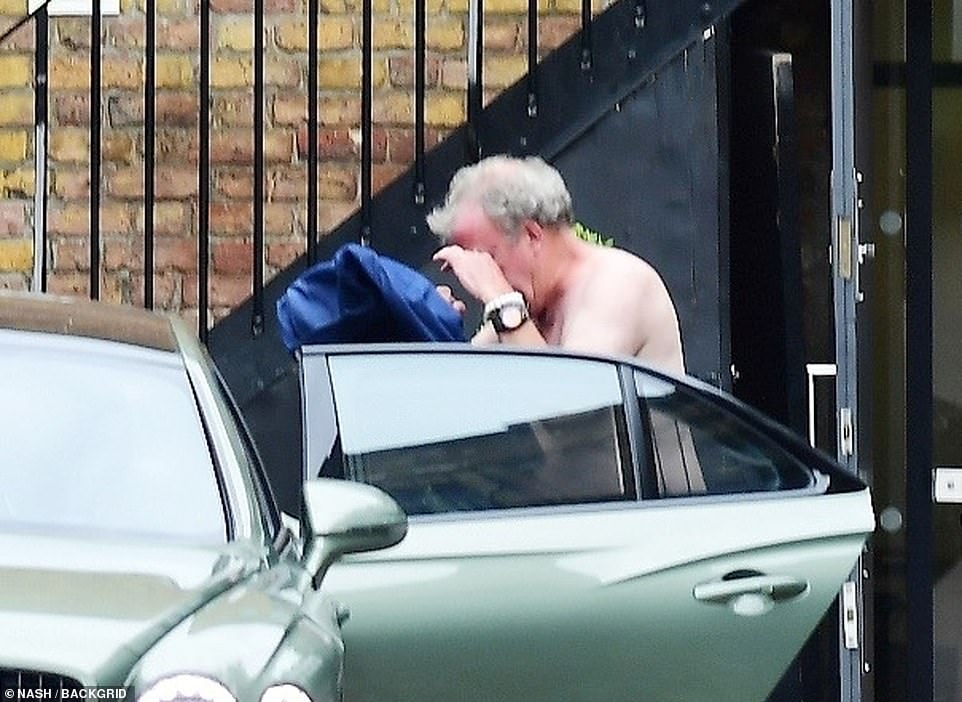 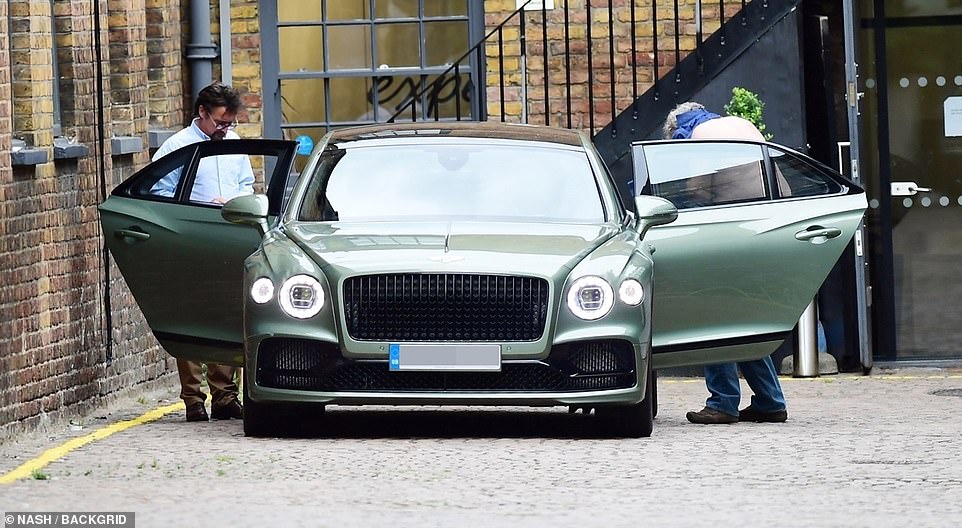 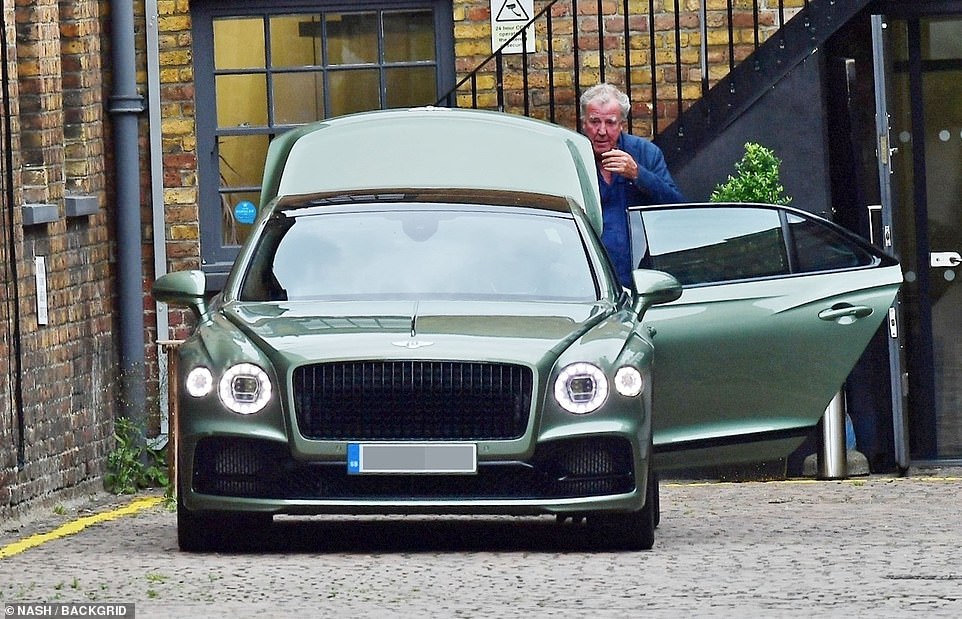 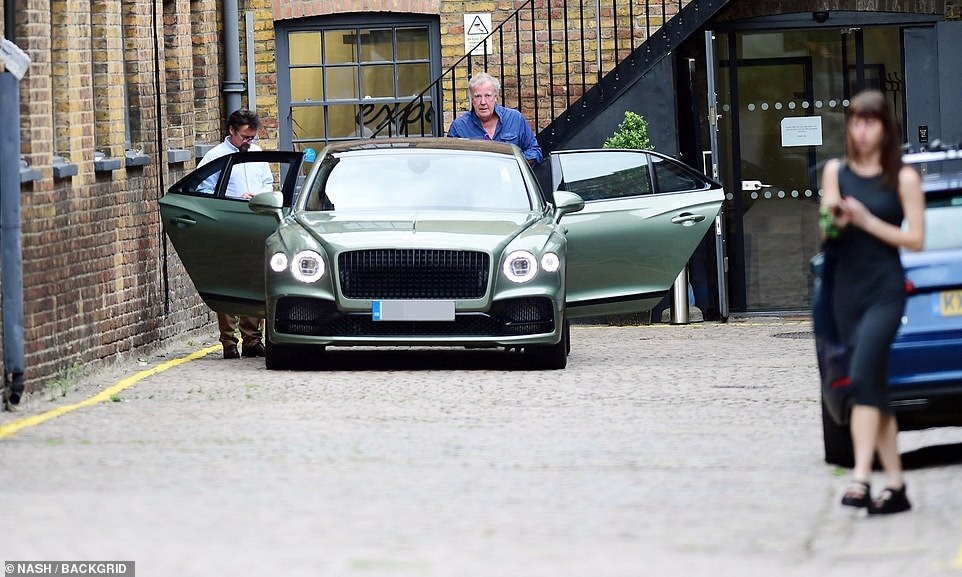 Clarkson nearly got caught changing his shirt by a passing lady yesterday, to whom he spotted and looked a little sheepish

‘When you’re farming one of the joys is the sun going down and leaning on a fence and looking at your sheep or your crops or watch the changing of the seasons.

‘So has it made me fitter? No. And the other thing about farming is how automated it is, you never have to actually walk anywhere, you just drive everywhere it’s fantastic. I’m the unfittest I’ve ever been.’

Although Clarkson has owned Diddly Squat Farm since 2008, he’s only been running it for the past couple of years. And on reflection, the outspoken TV star isn’t sure he’s made the right decision.

The former Top Gear presenter explained: ‘I thought ‘I can do that’. I genuinely thought you put seeds in the ground, weather happens and food grows. So I thought ‘that’s not difficult’, it’s phenomenally difficult.’ 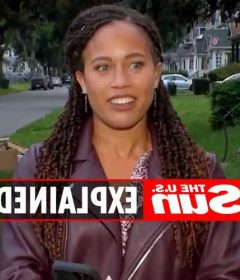