Jacinda Ardern looks to have secured a thumping victory in New Zealand's election, with a second term as prime minister all but assured an hour after the polls closed.

Almost 2 million people had cast their votes before election day – a little under two-thirds of the electorate – in a poll dominated by the COVID-19 pandemic.

The 40-year-old prime minister appears to have successfully framed the election as a referendum on her government's handling of the pandemic and on who New Zealanders should trust to lead the economic recovery. 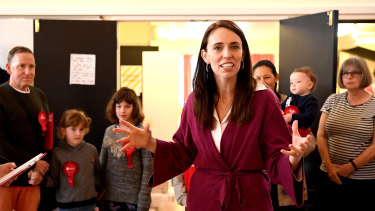 As results rolled in on Saturday evening New Zealand Labour appeared to have won more than 50 per cent of the vote and, on early projections from the Electoral Commission, 65 seats in the 120-member Parliament.

If the trend results are maintained this would be the first time New Zealanders have handed an outright majority to one political party in the Parliament since the country adopted the mixed-member proportional representation (MMP) system in 1996. MMP requires voters to tick a box for a local electorate candidate and another vote for a party list of MPs.

However, Labour's vote could decline and National's rise over the course of Saturday evening as the votes of those who cast their ballots on the day are tallied and it could be a week before the exact make up of the Parliament is determined. 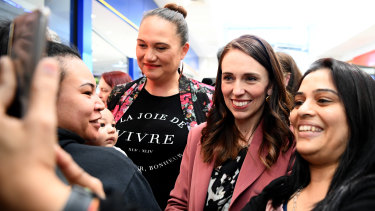 What seems certain is that Ardern will be able to govern with a majority, either outright or in coalition.

There are 72 electorate seats and 48 party list seats up for grabs in the election, which are allocated on a proportional basis to parties that poll more than 5 per cent.

The two big losers in the poll look to be National and New Zealand First. National, led by Judith Collins, was projected to win just 34 seats on early results – down on 56 after the 2017 poll. Deputy Prime Minister Winston Peters' New Zealand First party looked likely to lose all nine of its seats as it was projected to poll less than 5 per cent of the vote and miss out on party list seats.

Other than Labour, the winners in this election look to be New Zealand Greens, who were projected to win one electorate seat and 10 list seats – an increase of three on the total of eight seats it won in 2017 – and the centre right ACT party, which is led by David Seymour.

Ardern's victory follows a cautious election campaign in which she made no big ticket promises and instead framed the delayed contest as one that centred on who New Zealanders trusted to lead the country in unprecedented times.

Since then, the Prime Minister has arguably failed to deliver on her promise to transform politics, as well as having to walk back or slow down promises to build 100,000 new homes, deliver a light rail project in Auckland and tackle child poverty.

While New Zealand First looks set to lose all its seats in Parliament , the Greens could still form a coalition government with Labour and claim a handful of ministries in the next government.