'It's like Indira's come back': Sister of Indian opposition chief makes debut

LUCKNOW, India (Reuters) – Priyanka Gandhi Vadra, the popular sister of the head of India’s main opposition Congress party, made her political debut on Monday with a roadshow drawing thousands in the most populous state months before a general election due by May. 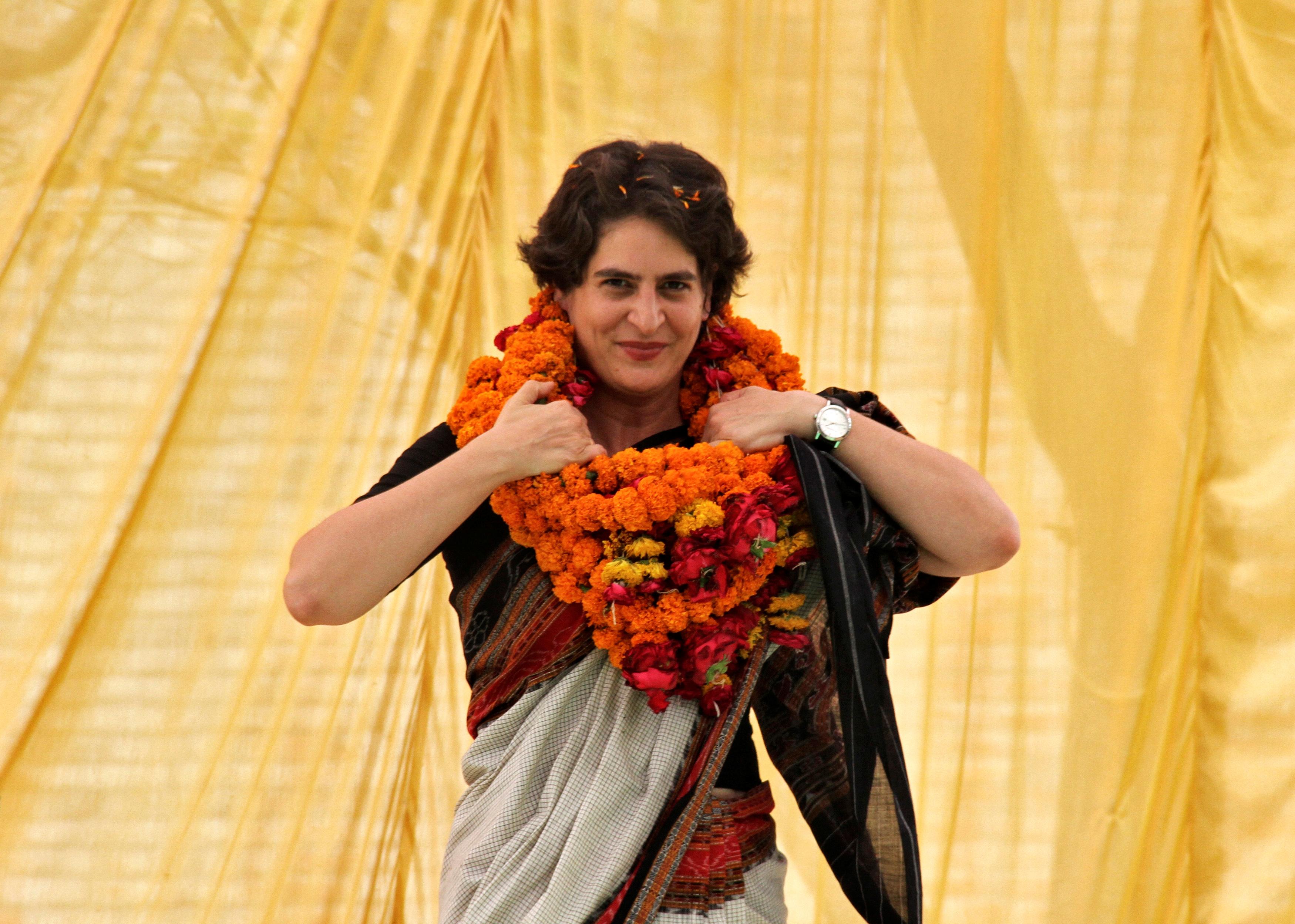 Congress President Rahul Gandhi pulled a surprise last month by appointing his younger sister a party general secretary. She will also be its face in Uttar Pradesh, the state that sends the highest number of lawmakers to the lower house of parliament and is currently dominated by Prime Minister Narendra Modi’s ruling Bharatiya Janata Party (BJP).

But a string of BJP defeats in state elections late last year and rising discontent over a weak farm economy and lackluster jobs growth have weakened Modi’s position, which an increasingly aggressive Congress is looking to capitalize on.

The 47-year-old Priyanka – she is usually referred to by just her first name – bears a striking resemblance to her grandmother, former Prime Minister Indira Gandhi, and is known for her gifts as a speaker able to connect with voters. Congress hopes that the eyeballs she’s able to generate will turn into votes.

“It’s like Indira Gandhi has come back,” said Fuzail Ahmed Khan, 45, a Congress supporter. “The state’s farmers want Rahul Gandhi to be prime minister, Priyanka to be chief minister.”

Posters of Priyanka lined the streets of the state capital, Lucknow, and hundreds of Congress supporters, accompanied by drummers, chanted her name after she emerged from the airport with her brother.

The siblings later waved at supporters from atop a bus as it slowly made its way out of the airport for the 12-mile roadshow.

Congress officials hope Priyanka’s entry into politics will improve its chances across Uttar Pradesh, a vast agrarian state of 220 million people that the BJP nearly swept in the last general election in 2014, winning 73 of the 80 seats there.

Although Priyanka has helped manage elections for her brother and her mother, former Congress chief Sonia Gandhi, she has never held an official party post until now.

“I hope that we can together start a new kind of politics,” she said in an audio message shared by Congress.

Since the announcement of Priyanka’s entry into politics, India’s financial crime-fighting agency Enforcement Directorate has questioned her husband, Robert Vadra, for several hours in a case relating to alleged ownership of 1.9 million pounds ($2.45 million) of undisclosed assets abroad. His lawyer and Congress have dismissed the charges as politically motivated.

Priyanka, who drew more than 42,000 followers soon after joining Twitter on Monday, will spend three days in Lucknow meeting workers from more than 40 constituencies.

Described by Congress officials as a gifted orator and a strong manager, Priyanka has been entrusted with resuscitating the party’s organization in the state, where it has endured a succession of crushing results.