Israel-Gaza border ignites in most serious fighting since 2014 war

GAZA/JERUSALEM (Reuters) – Palestinian militants kept up their most intense rocket fire on Israel since the 2014 Gaza war on Tuesday, drawing Israeli air strikes against Hamas’s television station and other targets. 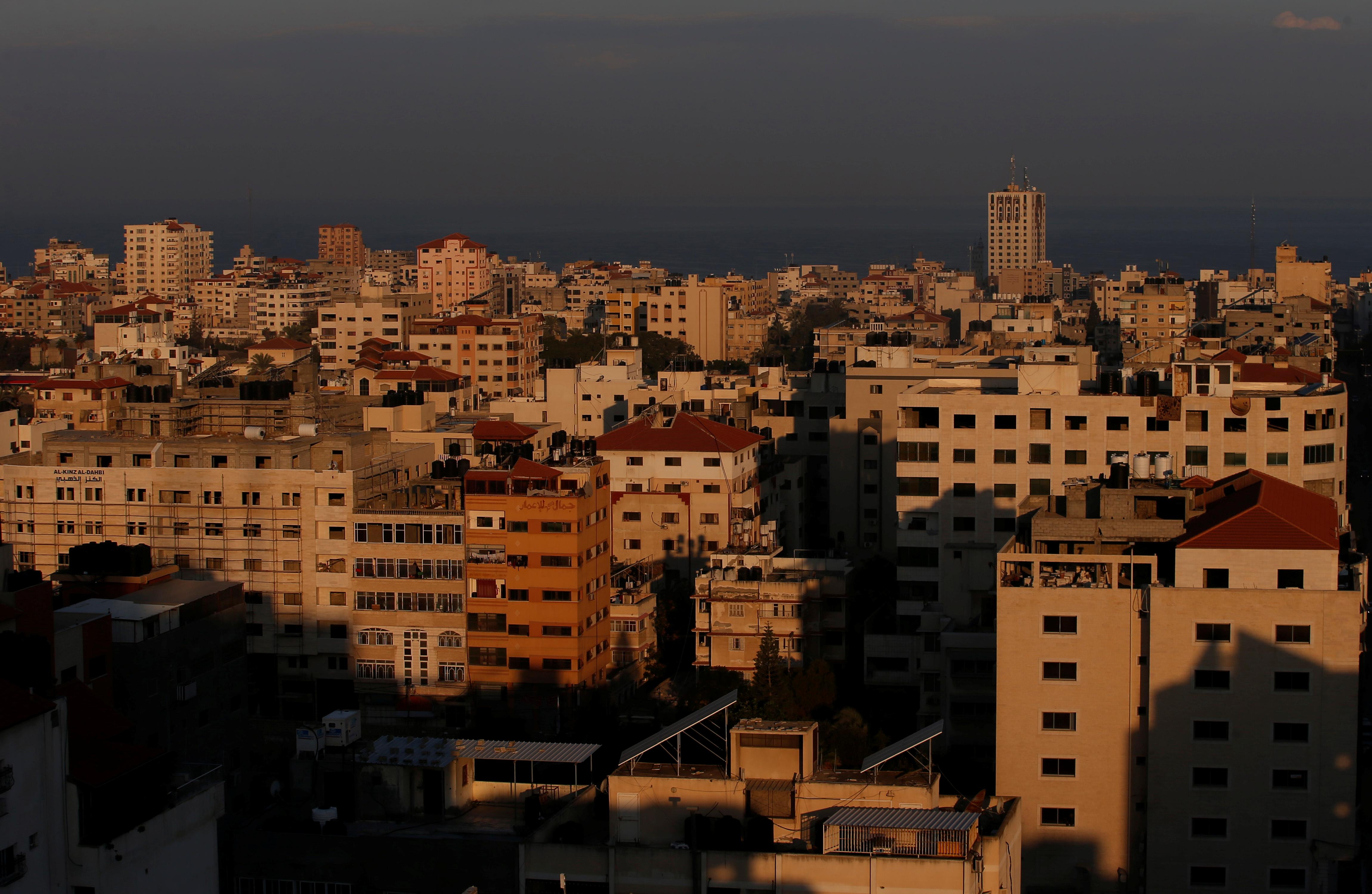 The flare-up, in which five Palestinians, four of them militants, and a civilian in Israel were killed, threatened to derail efforts by the United Nations, Egypt and Qatar to broker a long-term truce and head off another major conflict in the impoverished enclave.

Hamas, Gaza’s dominant Islamist movement, and other armed factions launched more than 400 rockets or mortar bombs across the border after carrying out a surprise guided-missile attack on Monday on a bus that wounded an Israeli soldier, the military said.

Hamas said it was retaliating for a botched Israeli commando raid in Gaza that killed one of its commanders and six other gunmen. An Israeli colonel was also killed in the incident.

Israel responded with dozens of air strikes against Gaza buildings including a Hamas intelligence compound and the Al-Aqsa Television studios, whose employees had received advance warnings from the military to evacuate.

Prime Minister Benjamin Netanyahu convened his security cabinet on Tuesday to discuss Israel’s next moves, and the military said it had sent infantry and armored reinforcements to the Gaza border.

A statement issued by militant groups in Gaza said Ashdod, a major Israeli port, and Beersheba, the biggest city in southern Israel, would be hit next if Israel didn’t cease fire.

Egypt urged Israel to back down. The United States, whose peace mediation has been stalled since the seven-week war in 2014, condemned Hamas.

“The escalation in the past 24 hours is EXTREMELY dangerous and reckless,” tweeted Nickolay Mladenov, a U.N. Middle East envoy. “Rockets must STOP, restraint must be shown by all!”

Lieutenant-Colonel Jonathan Conricus, an Israeli military spokesman, said it estimates that Hamas and the Islamic Jihad group have more than 20,000 rockets and mortars of varying calibers and ranges that are capable of reaching Israel’s main cities of Tel Aviv and Jerusalem.

Violence has simmered since Palestinians launched weekly border protests on March 30 to demand the easing of a blockade on Gaza and rights to lands lost in the 1948 war of Israel’s founding. Israeli troops have killed more that 220 Palestinians during the confrontations, which have included border breaches.

A Qatari cash infusion of $15 million last week appeared to dampen Gazan anger. On Sunday, Netanyahu said he hoped to reach an “arrangement” to avoid another Gaza war and ease Palestinian economic hardship.

Hamas, which is branded a terrorist group in the West, and Israel have fought three wars in the last decade.