NEW DELHI/MUMBAI (Reuters) – Rural parts of India have begun to see a surge in novel coronavirus infections, as millions of migrant workers returning from big cities and industrial hubs bring the virus home with them, according to data collected from seven Indian states. 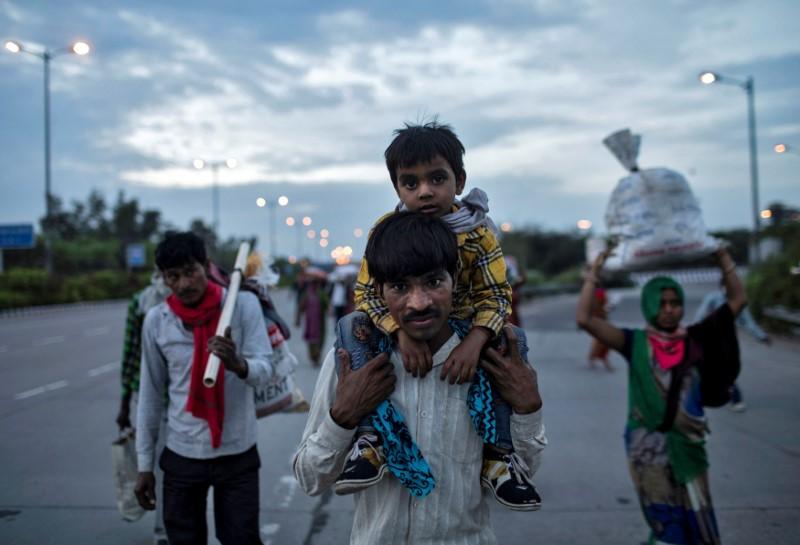 Officials said the spike in cases was a fresh challenge for the country’s health authorities, even as they struggle to check the outbreak in cities amid the easing of a months-long lockdown. Confirmed cases in India crossed the 200,000 mark on Wednesday. Some experts say that a peak remains weeks away.

Dr. Naman Shah, an epidemiologist and physician advising a federal government coronavirus task force, said rural outbreaks could be “devastating” given the inadequate number of doctors and health facilities.

“High levels of co-morbidity, high levels of under-nutrition and a weak health infrastructure, that’s just the recipe for high mortality,” said Shah, who is based in rural central India.

In the eastern state of Bihar, official data showed that of the 3,872 coronavirus cases recorded until June 1, 2,743 were linked to migrants workers who returned after May 3, when the government began to run trains and buses to reduce the exodus on foot.

All transport in India was suspended in late March, when Prime Minister Narendra Modi announced a nationwide lockdown in an attempt to contain COVID-19, the lung disease caused by the virus.

Most of those workers who tested positive in Bihar came from India’s capital New Delhi and the more industrialised western states of Maharashtra and Gujarat, the data showed.

“After May 2, whatever positive cases we have got, almost 90% of them are migrant workers,” Kulkarni told Reuters. The state currently has 752 confirmed cases, up from 111 on May 1.

As migrant workers fan out to their villages, some states with an existing heavy burden of cases are facing a second wave of infections.

In Maharashtra, which at nearly 75,000 infections accounts for a third of the total cases in the country, officials in some rural districts said their state-run health centres were struggling with the influx.

“If this pace continues for the next few weeks, then we will have no choice but to take control of private hospitals to treat severe patients,” an official in the rural western district of Satara said.