NEW DELHI (Reuters) – Indian opposition leader Rahul Gandhi has come under fire for “misogynistic” remarks when he asked Prime Minister Narendra Modi to “be a man” and not field a woman, the defense minister, to defend him in debates over a controversial fighter jet deal. 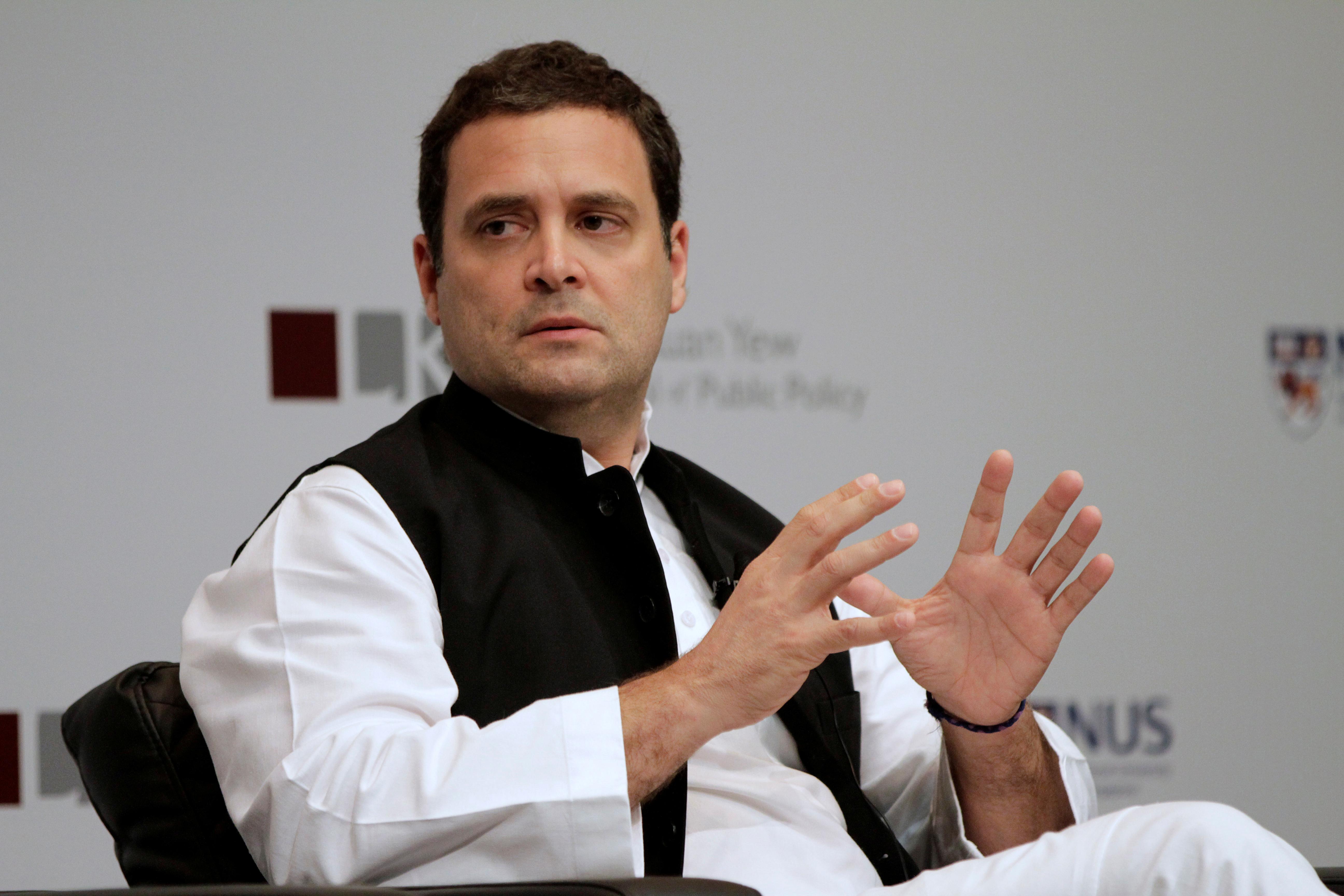 Gandhi, president of the Congress party, on Wednesday mocked Modi for staying away from parliament as it discussed accusations of corruption against the government in a deal to buy 36 Rafale planes from France’s Dassault Aviation and a decision to pick Reliance Defence as a domestic partner.

The government and the companies deny the charges, but the latest controversy has intensified rivalry between Congress and the ruling Bharatiya Janata Party (BJP) ahead of a general election due to be held by May.

Gandhi, the scion of the Nehru-Gandhi dynasty that has ruled India for decades, often calls Modi a “thief” while the prime minister addresses him as “privileged dynast” in most of his public speeches.

“He runs away from the people’s court and asks a woman, Nirmala Sitharaman ji, ‘defend me, I won’t be able to defend myself’”, Gandhi said at a public rally, referring to Modi and using a honorific for Sitharaman.

Sitharaman has not commented but her cabinet colleague, Sushma Swaraj, also a woman, said Gandhi’s comments hit a “new low in the history of Indian politics”.

#BeAMan was one of the most trending hashtags on Twitter and some women posted their pictures holding placards that said: Mr. Rahul Gandhi, real men don’t insult women”.

Congress rejected the accusations of misogyny, saying Gandhi was a “progressive, inclusive and liberal leader” and that the party believed in gender equality. It added the reference to “woman” by Gandhi was an “innocent figure of speech”.

But the National Commission for Women, a statutory body that fights for women’s rights, condemned Gandhi’s comments.

“The remarks made are extremely misogynistic, offensive, unethical and show an extreme disrespect towards the dignity and honour of women in general,” the commission said in a notice.

The controversy came a day after Indian cricketer Hardik Pandya apologized for comments made during a high-profile talk show aired on Sunday, when he bragged about “hitting” on women and telling his parents about them.

“Honestly, I got a bit carried away with the nature of the show,” Pandya, currently with the Indian team playing in Australia, said on Twitter. “In no way did I mean to disrespect or hurt anyone’s sentiments. Respect.”