THIS is the incredible moment hero cops and bystanders pulled a man from a burning car after a frightening car wreck.

The fiery aftermath of a six-vehicle crash was captured on video in Dallas, Texas, on September 19. 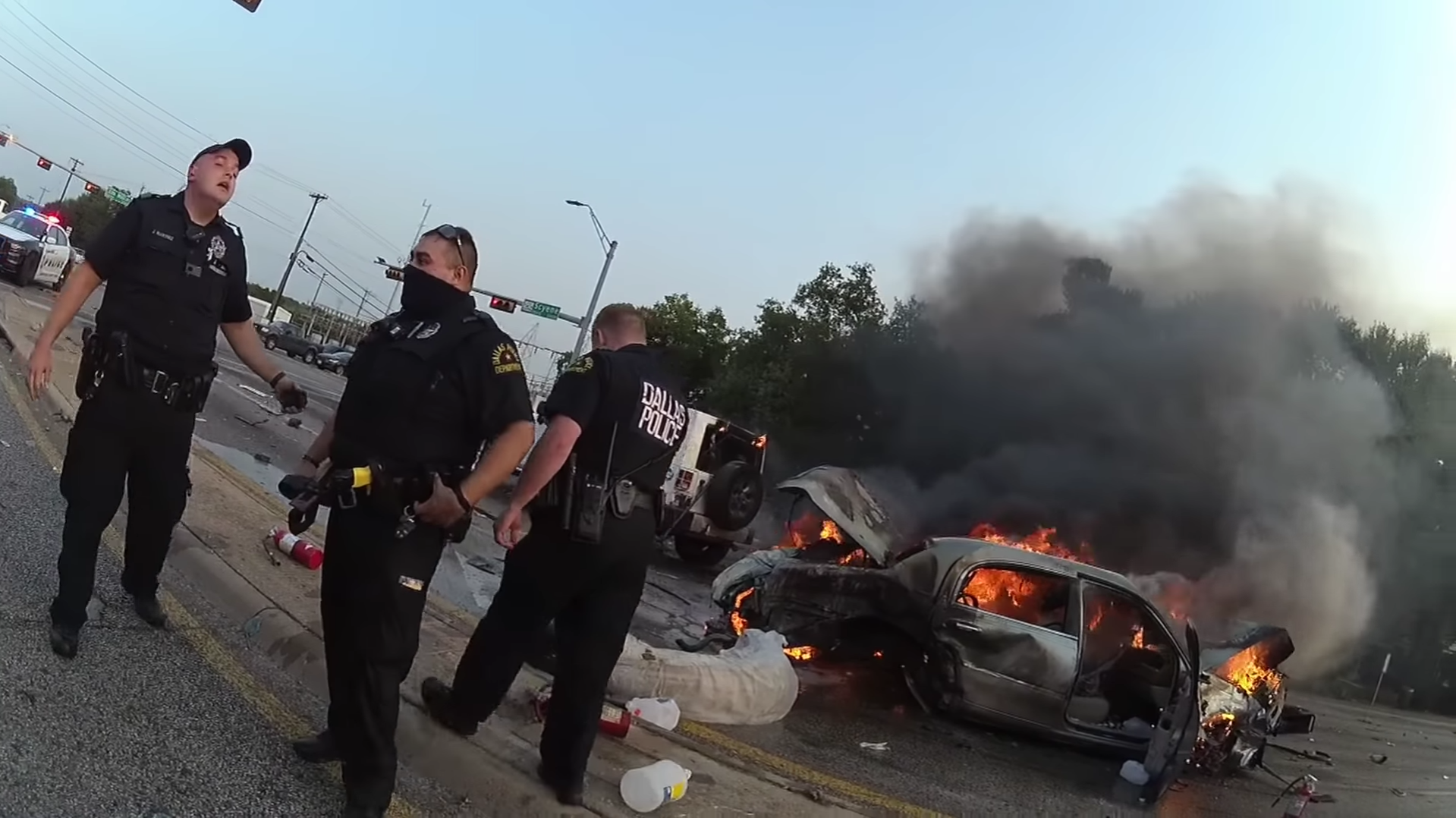 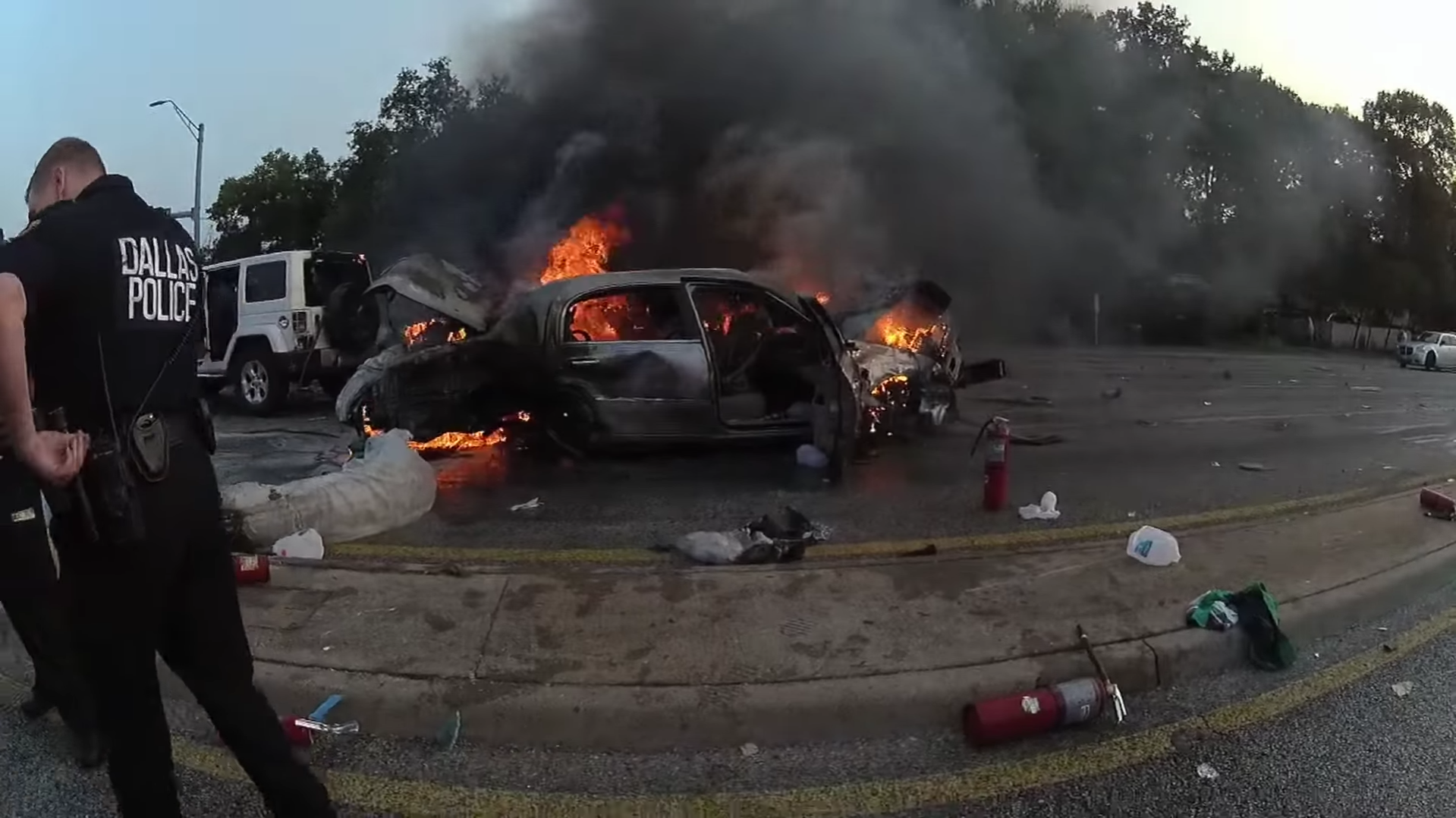 The heroic rescue of the male trapped inside the vehicle was caught on one of the officer's body cameras.

"At 6.43pm, officers working the Southeast Patrol Division saw a black cloud of smoke after answering a call near the 6900 block of Scyene Road," the Dallas Police Department said in a news release.

"They went to investigate and saw that there was a major accident involving multiple vehicles."

All three immediately jumped into action when they arrived on scene – as good Samaritans were attempting to help the man inside and keep the fire from spreading.

It was a community effort to pull out the man – who obtained major burns to his body, police said.

He was transported to a nearby hospital after he was taken out of the car. 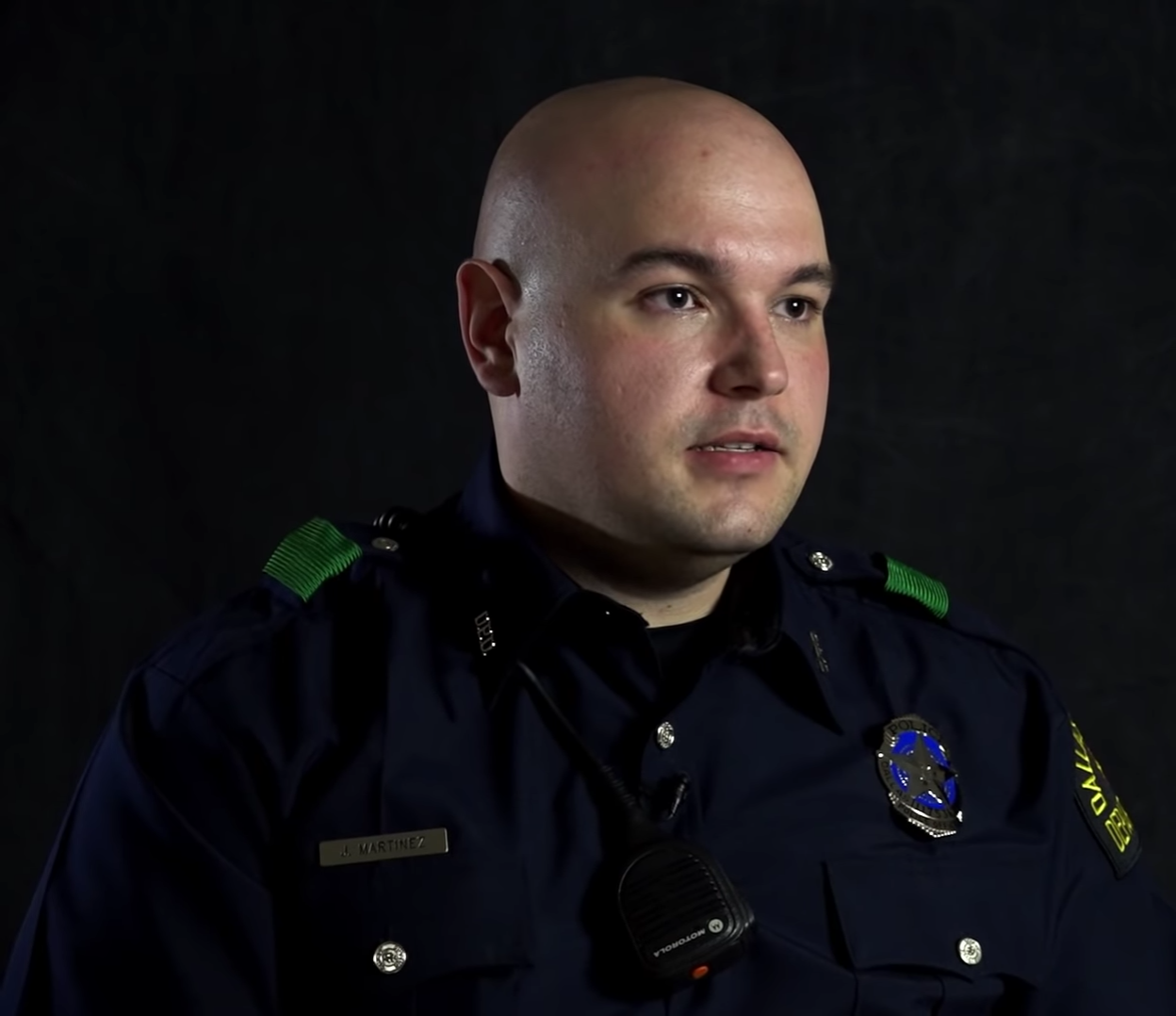 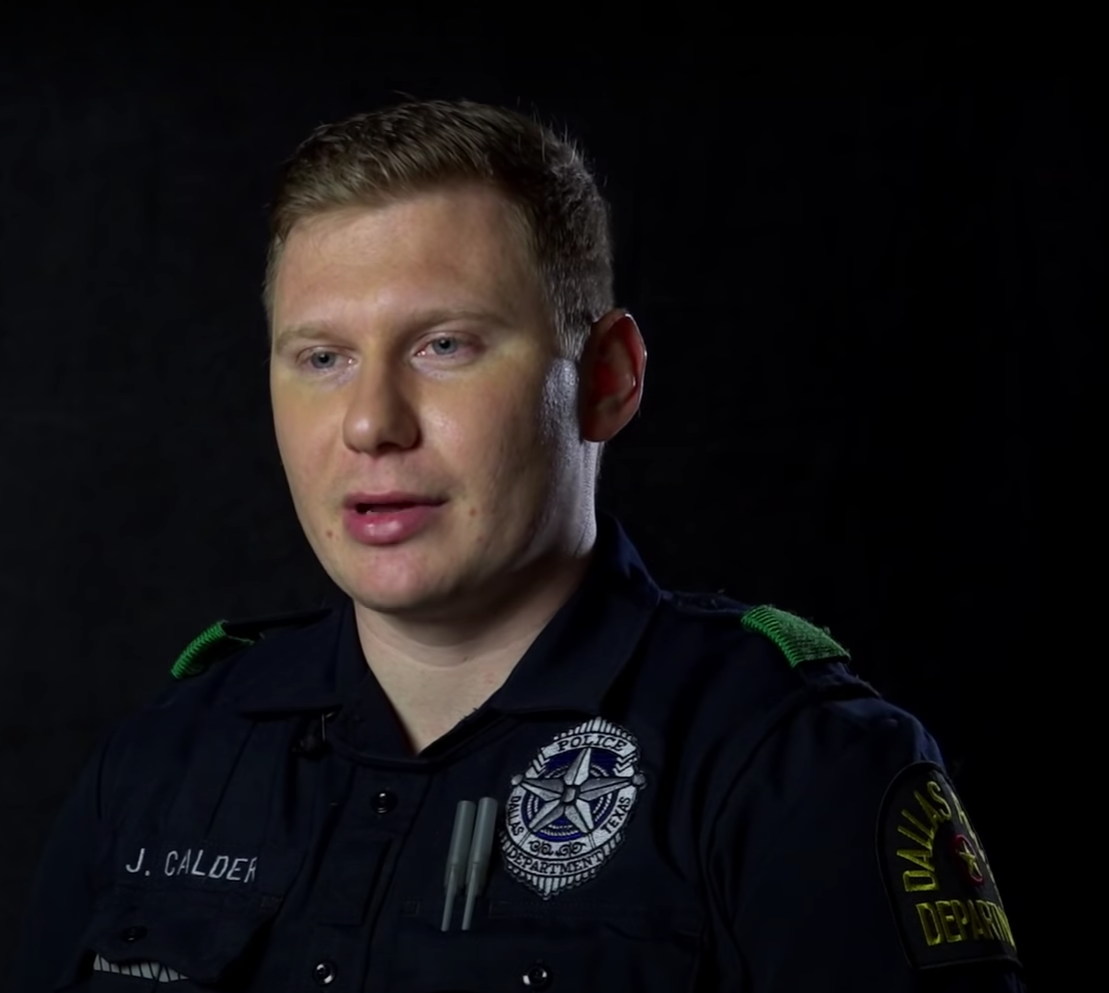 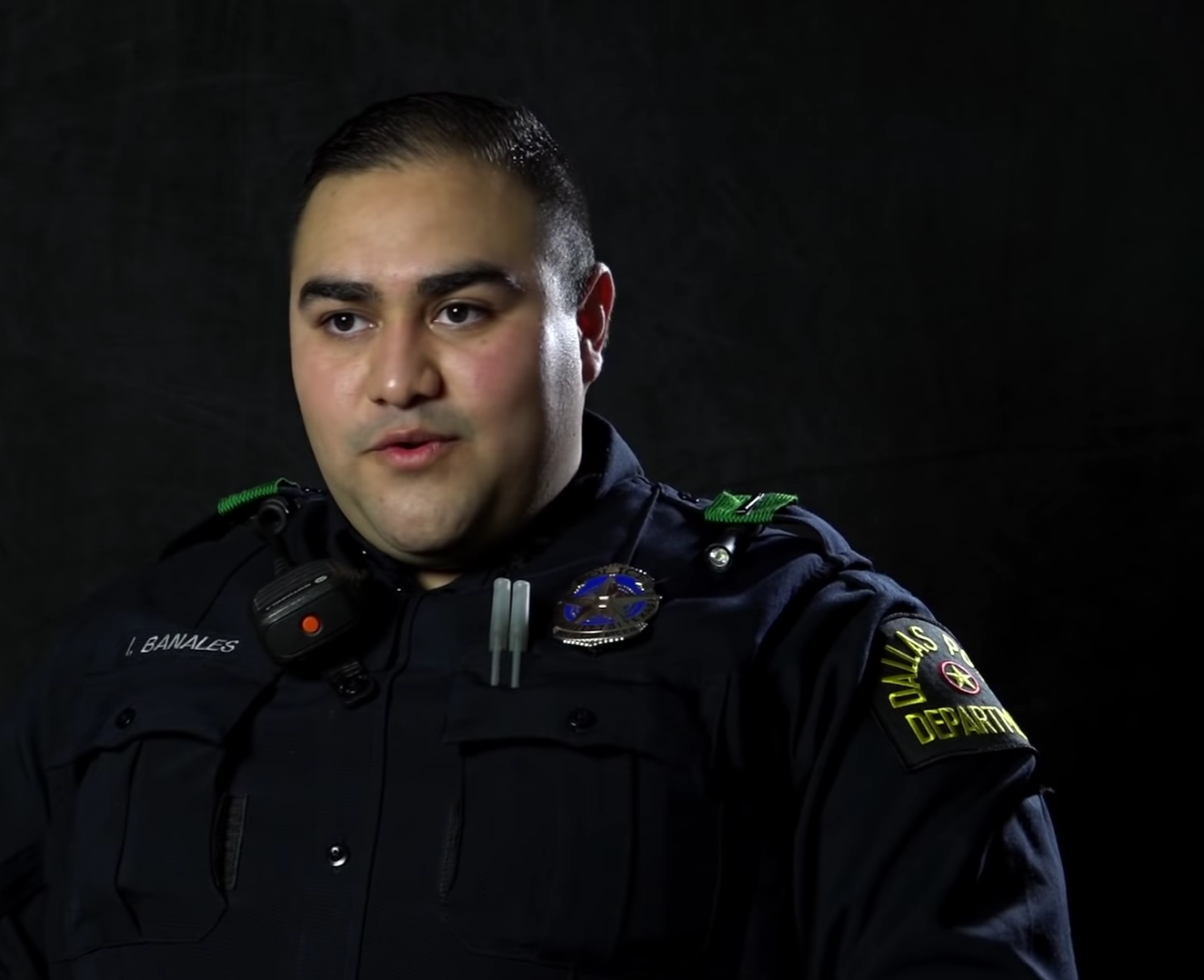 According to Officer Calder, the car was "melting and dripping" on him when he made his way into the smoke-filled car to help the victim.

He recalled the car being "hot like an oven" and the smoke immediately "taking all vision away" as he went in to help.

The intense smoke and heat prevented his initial efforts from being successful, so his fellow officers and community members broke the vehicle's windows.

Officer Israel Banales recalled that the man in the car was falling in and out of consciousness before the rescue.

It wasn't until one of the helpful strangers used a knife to cut the seatbelt – which led to the victim to be pulled out of the car.

Officer Martinez said: "Three officers alone pulling on this guy wouldn’t have made it.

“It was the combination of the citizens putting their lives on the line, getting closer to that car, helping pull the gentleman out of the car, using water, using resources that they had." 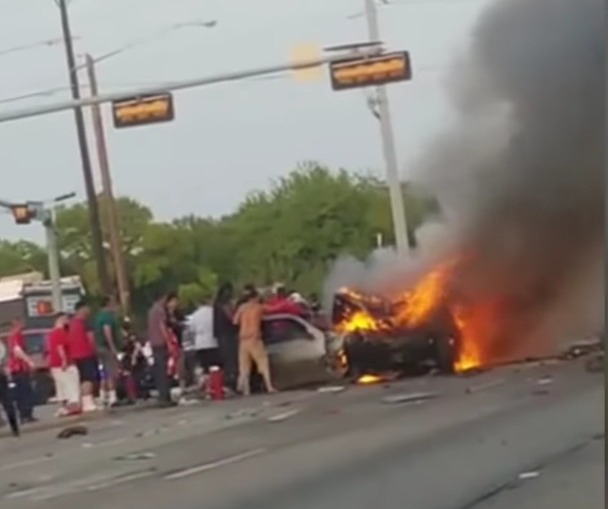 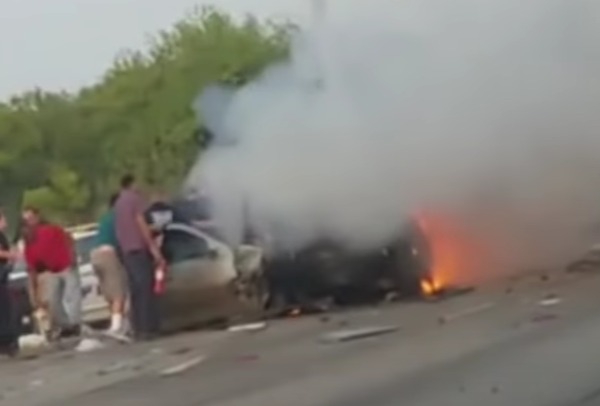 After the rescue Officer Calder said: “It’s my job. I know everybody I work with in law enforcement would have done the exact same thing that I did."

Authorities are still investigating the cause of the crash.