Hurricane Delta MAP: System to ‘re-strengthen’ as hurricane barrels over Gulf of Mexico

The NOAA’s National Hurricane Center (NHC) released its latest advisory for Hurricane Delta at 1pm CDT (7pm BST), and the NHC warned the system currently has maximum sustained wind speeds of 100mph – making Delta a Category 2 hurricane on the Saffir-Simpson Wind Scale. But the NHC has warned the system is likely to “re-strengthen” over the coming days.

On Friday Hurricane Delta is expected to make landfall on the US Gulf Coast.

Before Hurricane Delta made landfall on Wednesday morning about 40,000 people were evacuated in the Yucatán Peninsula, and now residents along the US Gulf Coast have now been urged to prepare for Hurricane Delta’s arrival.

Louisiana Governor John Bel Edwards has requested a pre-landfall Federal Declaration of Emergency in a letter to President Trump.

Mr Edwards said: “Hurricane Delta is a dangerous storm that will bring strong winds, heavy rain, life-threatening storm surge and flooding to coastal Louisiana, and I am hopeful President Trump will quickly approve my request for a federal emergency declaration.” 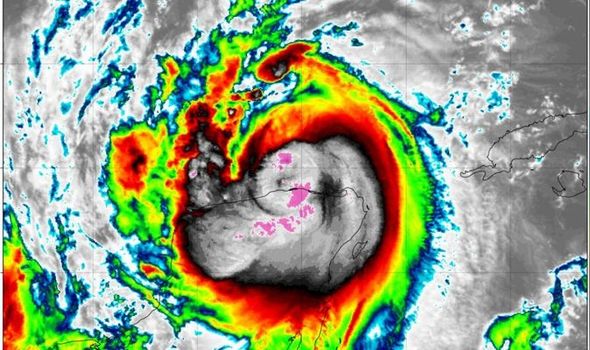 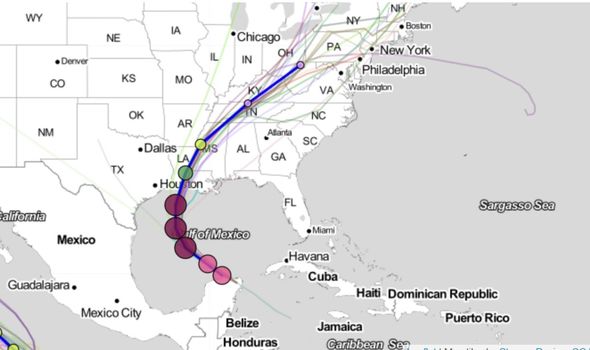 What is Hurricane Delta’s latest path?

As of 1pm CDT, Hurricane Delta was located about 115 miles west of Cabo Catoche, Mexico, and about 65 miles east-north-east of Progreso, Mexico.

The system was moving toward the northwest at speeds nearing 17mph, and a northwest motion is “expected over the next 24 hours”. 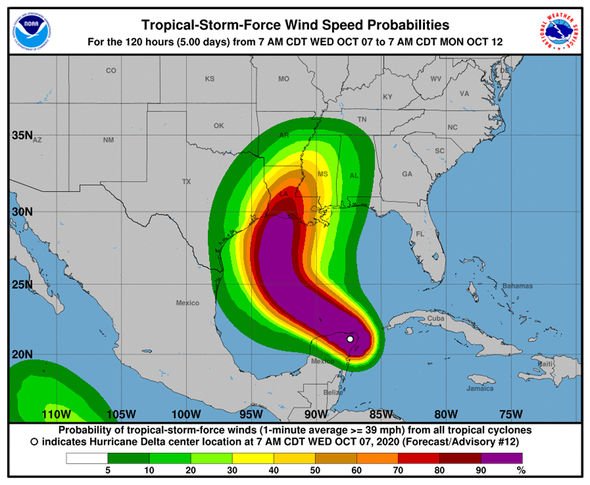 When Hurricane Delta passes over the southern and central Gulf of Mexico throughout Thursday, the system is expected to strengthen to major hurricane wind speeds again.

However by Friday as the system makes its way to the northern Gulf coast “some weakening” is predicted by the NHC.

Accuweather wrote in their live forecast updates: “As Hurricane Delta, a Category 2 storm on Wednesday morning, begins pulling away from land and heading on its course toward the U.S., it is forecast to go through more strengthening – possibly back up to Category 4 force.

DON’T MISS:
NASA satellite images show US under attack from nature on both sides [PICTURES]
Yellowstone volcano: Swarm of 125 quakes ripped through US park [REPORT]
‘Sign of magma rushing to surface’ identified in Yellowstone warning [INSIGHT]

“A big factor in that strengthening will be the water surface temperatures across the Gulf of Mexico.

“Warm water can be fuel for hurricanes and, right now, the Gulf is very warm.”

The NHC has issued hurricane and storm surge warnings for swathes of the northwestern and northern Gulf Coast.

The next complete NHC advisory for Hurricane Delta is expected at 4pm CDT. 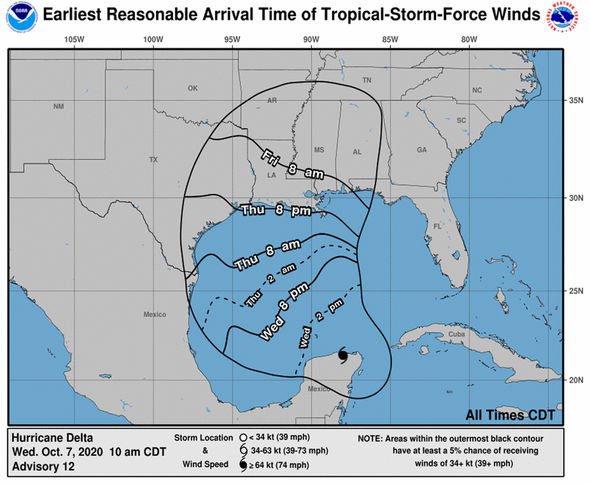 What warnings are in place?

The NHC has issued watches and warnings in the following areas:

A Hurricane Warning is in effect for:
Tulum to Dzilam Mexico
Cozumel

A Hurricane Watch is in effect for:
High Island Texas to Grand Isle Louisiana

A Tropical Storm Warning is in effect for:
Dzilam to Progreso Mexico