Berlin: Kremlin critic Alexei Navalny has been discharged from the Berlin hospital where he has been treated for poisoning after falling ill on a domestic flight in Siberia last month and then being airlifted while still in a coma. 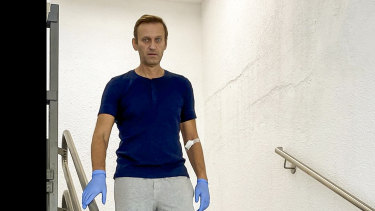 "The patient's condition had improved sufficiently for him to be discharged from acute inpatient care," the Charite hospital said in a statement on Wednesday, Germany time.

"Based on the patient's progress and current condition, the treating physicians believe that complete recovery is possible. However, it remains too early to gauge the potential long-term effects of his severe poisoning," it added. 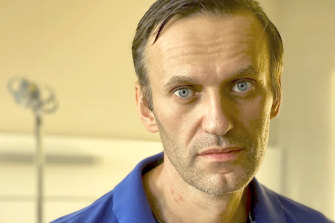 Russian opposition leader Alexei Navalny has been discharged from hospital after treatment for poisoning.Credit:Instagram/AP

Berlin says tests in Germany, France and Sweden have determined Navalny was poisoned with a Novichok nerve agent and the West has demanded an explanation from Russia.

Moscow has said it is yet to see evidence of a crime and has declined to open an investigation so far, instead opening a pre-investigation probe. The Kremlin has denied any involvement.

"The decision to make details of Mr Navalny's condition public was made in consultation with the patient and his wife," the hospital said.

Navalny last week said he wanted to go home to Russia once discharged, despite having fallen victim to several poisoning incidents in recent years.