HONG KONG (Reuters) – Hong Kong police threatened on Monday to use live bullets if “rioters” used lethal weapons and committed other acts of violence, after the latest flare up during five months of anti-government protests in the Chinese ruled city.

The police statement followed fresh clashes outside a university in the center of Hong Kong where protesters were hunkered down behind makeshift shields and hurled petrol bombs at police in a standoff blocking a vital tunnel link.

Police had said on Sunday one officer had been treated in hospital after being hit in the leg by an arrow and another had his visor struck by a metal ball although he was not hurt.

The violence, which has convulsed the Asian financial hub, has posed the gravest popular challenge to Chinese President Xi Jinping since he came to power in 2012. Xi has said he is confident Hong Kong’s government can resolve the crisis.

In Monday’s statement, police warned people who were described as rioters to stop using lethal weapons to attack officers and to halt other acts of violence, saying police would respond with force and possibly live bullets if necessary.

Demonstrators, angry at what they see as Chinese meddling in the former British colony, have said they are responding to excessive use of force by police.

“The protesters have been reacting to the police,” Joris, 23, a civil engineer, told Reuters. “We haven’t fought back as much as we could. I would be prepared for jail. We are fighting for Hong Kong.”

On the major road link next to Hong Kong Polytechnic University, police vehicles with water cannon advanced on barricades set up by protesters but pulled back when petrol bombs were thrown.

Police had said on Sunday that police had fired a bullet, without giving details about the latest use of live ammunition. Police had shot and critically wounded a protester on Nov. 11.

Chinese soldiers in a base close to the university were seen on Sunday monitoring developments with binoculars, some dressed in riot gear, Reuters witnesses reported.

Chinese troops in shorts and T-shirts, some carrying red plastic buckets or brooms, had emerged from their barracks on Saturday in a rare public appearance to help clean up debris. 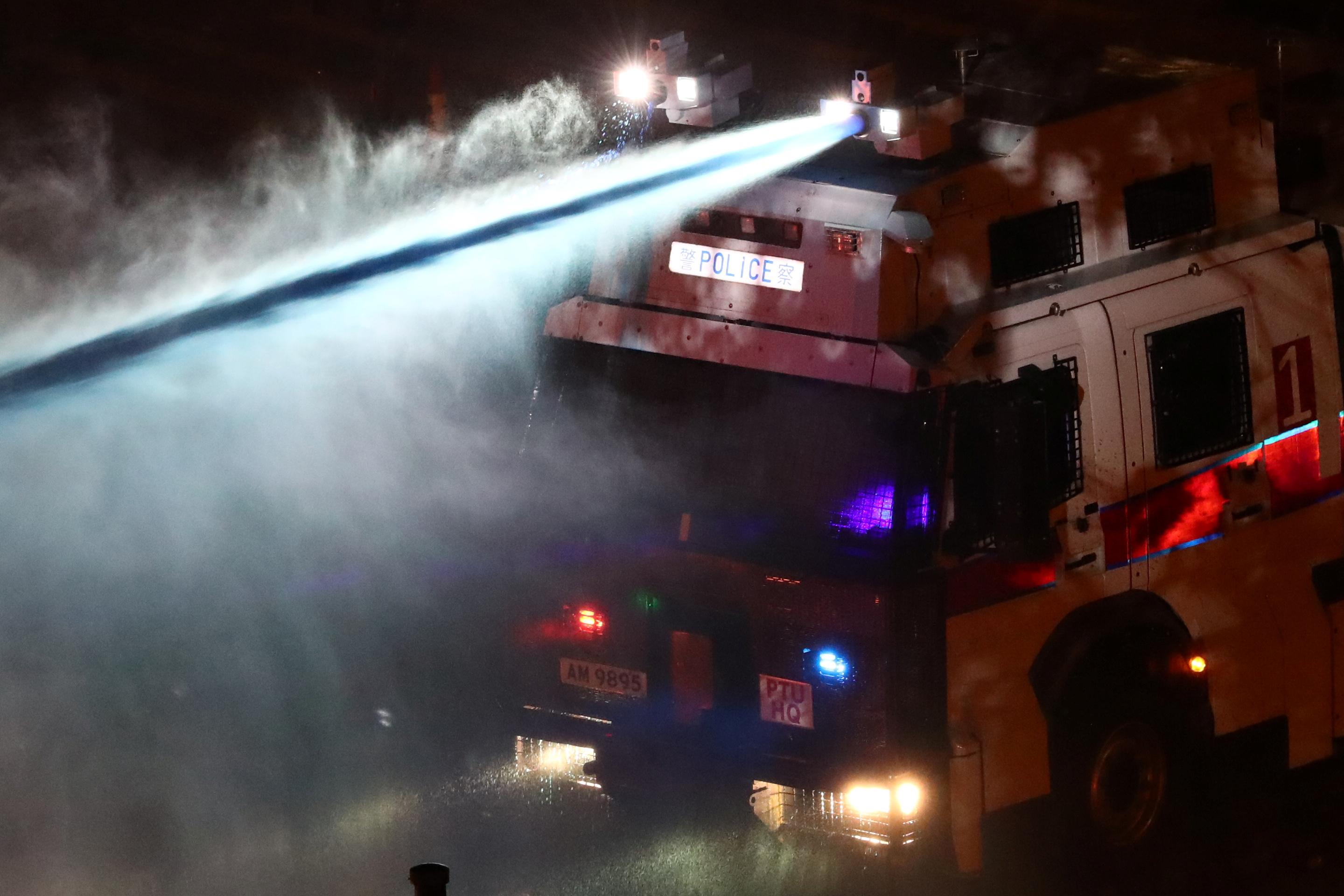 The presence of China’s People’s Liberation Army (PLA) soldiers on the streets, even to clean up, risks stoking controversy about Hong Kong’s status as an autonomous area.

Protesters say the Communist Party is threatening freedoms guaranteed when Hong Kong returned to Chinese rule in 1997. Beijing denies interfering and has blamed foreign influences for the unrest.

Chinese troops have appeared on Hong Kong’s streets only once since 1997, to help clear up after a typhoon last year.