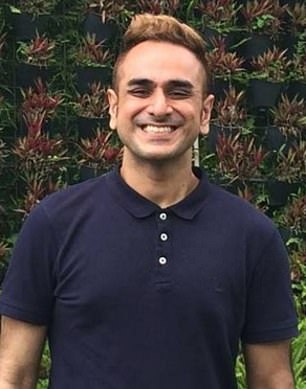 Hargobind Tahilramani, 41, allegedly used a high-pitched voice and accents on the phone to scam hundreds of aspiring stars out of an estimated £1.5 million (US $2 million)

Hargobind Tahilramani, 41, used a high-pitched voice and accents on the phone to scam hundreds of aspiring stars out of an estimated £1.5 million (US $2 million), Westminster Magistrates’ Court heard.

He targeted good-looking muscular men and even duped some into having phone sex with him by convincing them to read through raunchy sex scenes, according to the FBI – who want to try him in the US.

Tahilramani was arrested by police in Manchester where he was staying in a hotel, in the early hours of 26 November after a year long probe by the FBI.

The alleged fraudster was active for up to seven years according to the current indictment, in a scam so elaborate it has now been optioned for a HarperCollins book deal, it is said.

He smiled throughout the brief hearing and spoke only to confirm his details as the court heard he would not be seeking bail.

Prosecutor Catherine Rose said: ‘Chief Magistrate Emma Arbuthnot dealt with it on 27 November. I don’t think it has been allocated yet.’

Rachel Scott, defending, said: ‘He is in custody and I’ll repeat this when he comes into court but on the last occasion I asked for him to be produced so it could facilitate the more leisurely taking of instructions.

‘There won’t be a bail application so today is effectively a callover.

‘We’re working towards 30 January for the full extradition request, this being a provisional request from the United States government.

‘In my submission there’s no sensible case management that can take place without the full extradition request.’

District Judge David Robinson told Tahilramani: ‘The lawyers told me this is a hearing which the USA seeks your extradition and we’re working towards a date when the full request will be served for 30 January.

‘In the meantime I’m told you were produced today for your lawyers to take instructions but there is no application for bail.

‘I’m remanding you in custody while we work towards the date of 30 January.

‘There are substantial grounds for believing if I bailed you, you would fail to surrender. When you appear on 30 December you will appear via prison video link.’

Agents and industry workers are said to have received calls offering the opportunity of a lifetime shooting a blockbuster film in Indonesia between 1 January 2013 and 31 August 2020.

But upon arriving in Jakarta having paid thousands on fake travel services and other bogus fees, it became clear they had been duped.

Tahilramani was undeterred by the global pandemic, continuing the scheme while global coronavirus travel bans were in place until 31 August, prosecutors claim.

The indictment against him states that ‘between 1 January 2013 and 31 August 2020 [he] did conspire with others to dishonestly and intending thereby to make a gain for himself and cause loss to another by directing a worldwide fraudulent scheme pretending to be well known entertainment industry executives and their representatives in order to lure individuals employed in the entertainment industry to Indonesia where they would be tricked into paying exorbitant fees.’

Tahilramani, of Manchester, is charged with conspiracy to commit fraud by false representation.

He will return for a further hearing on 30 December ahead of the disclosure of the full indictment which is expected on 30 January. 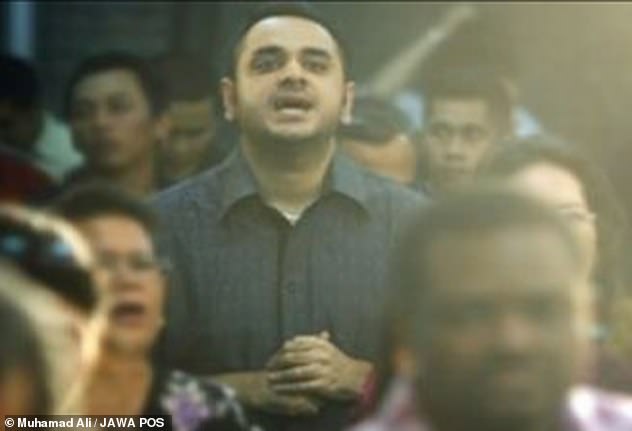 Tahilramani is accused of picking handsome, muscular men as his primary targets, and has even tricked some of them into having phone sex with him by asking them to read out a sex scene from a fake movie script