Home » World News » Heavily pregnant woman, 22, dies along with unborn baby after 'child is cut from her womb by another woman'

Heavily pregnant woman, 22, dies along with unborn baby after 'child is cut from her womb by another woman'

A PREGNANT mom died in after another woman allegedly cut the baby from her womb, cops said.

Officers with the New Boston Police Department found Reagan Hancock, 22, dead inside the Texas home around 10:20 a.m. on Friday, cops said in a news release. 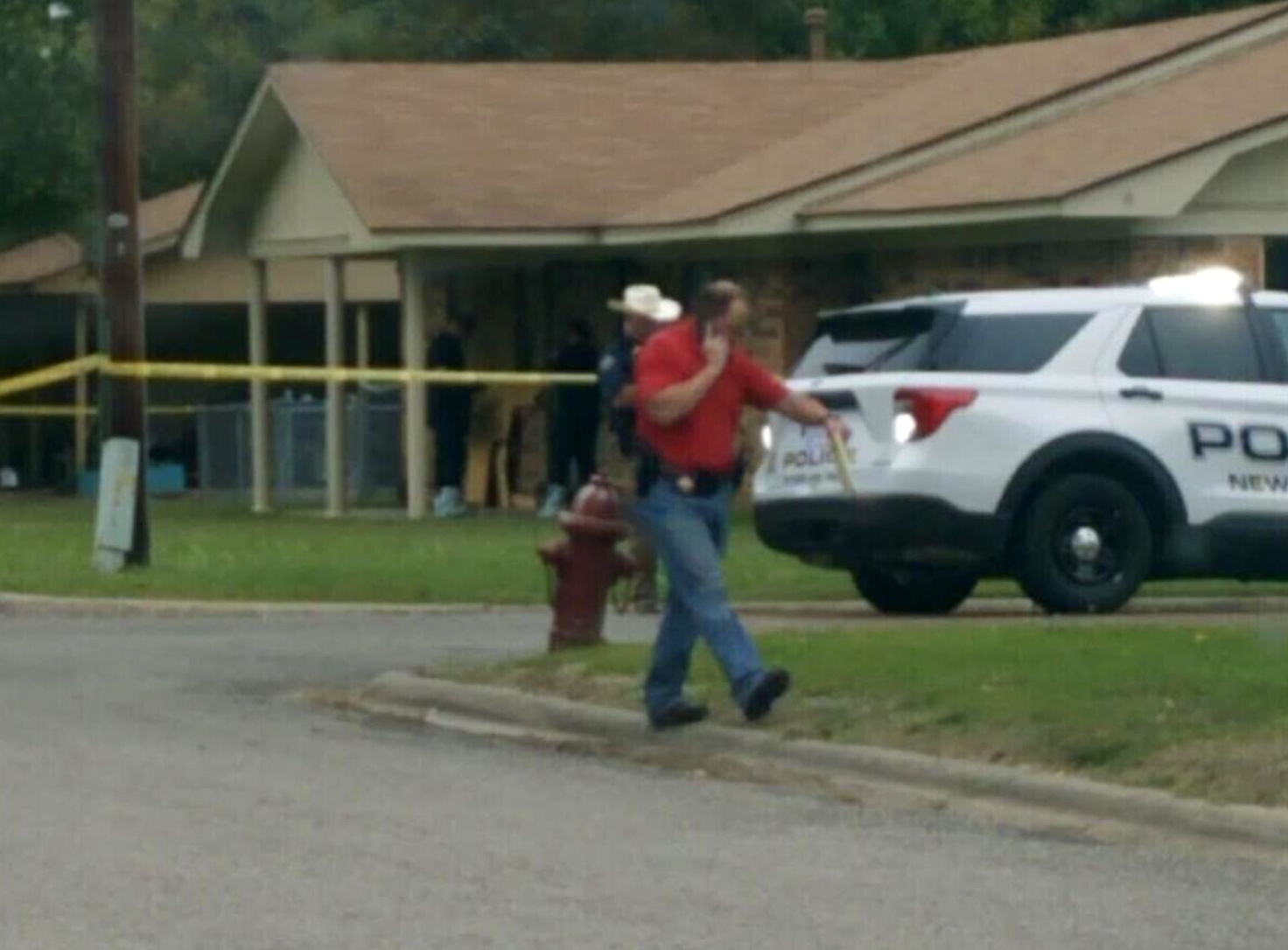 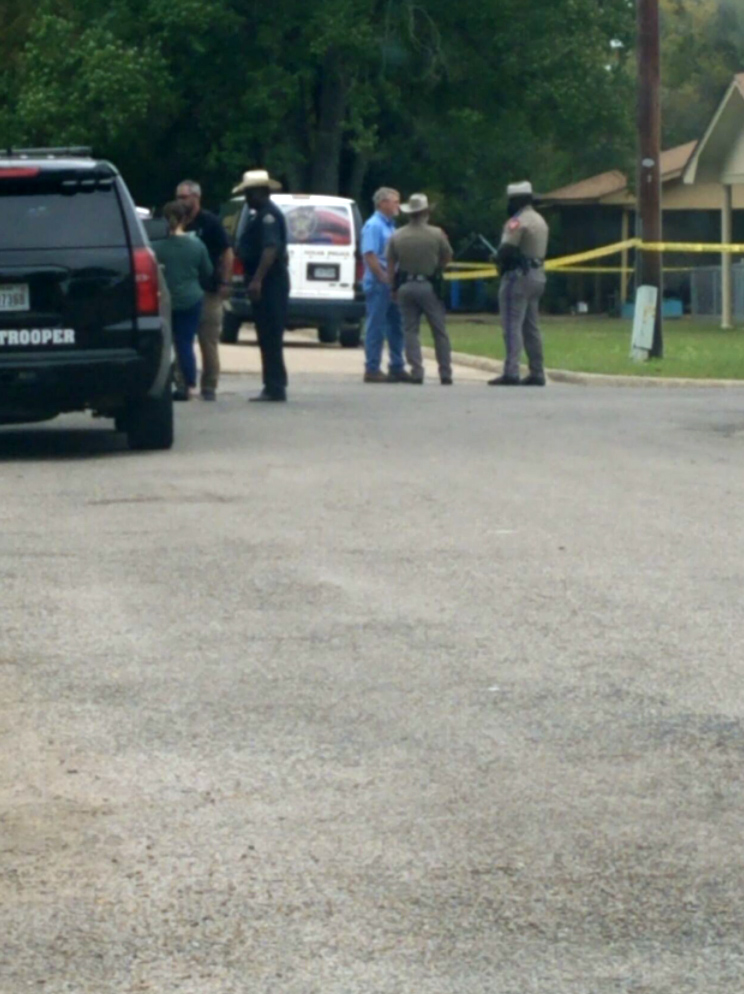 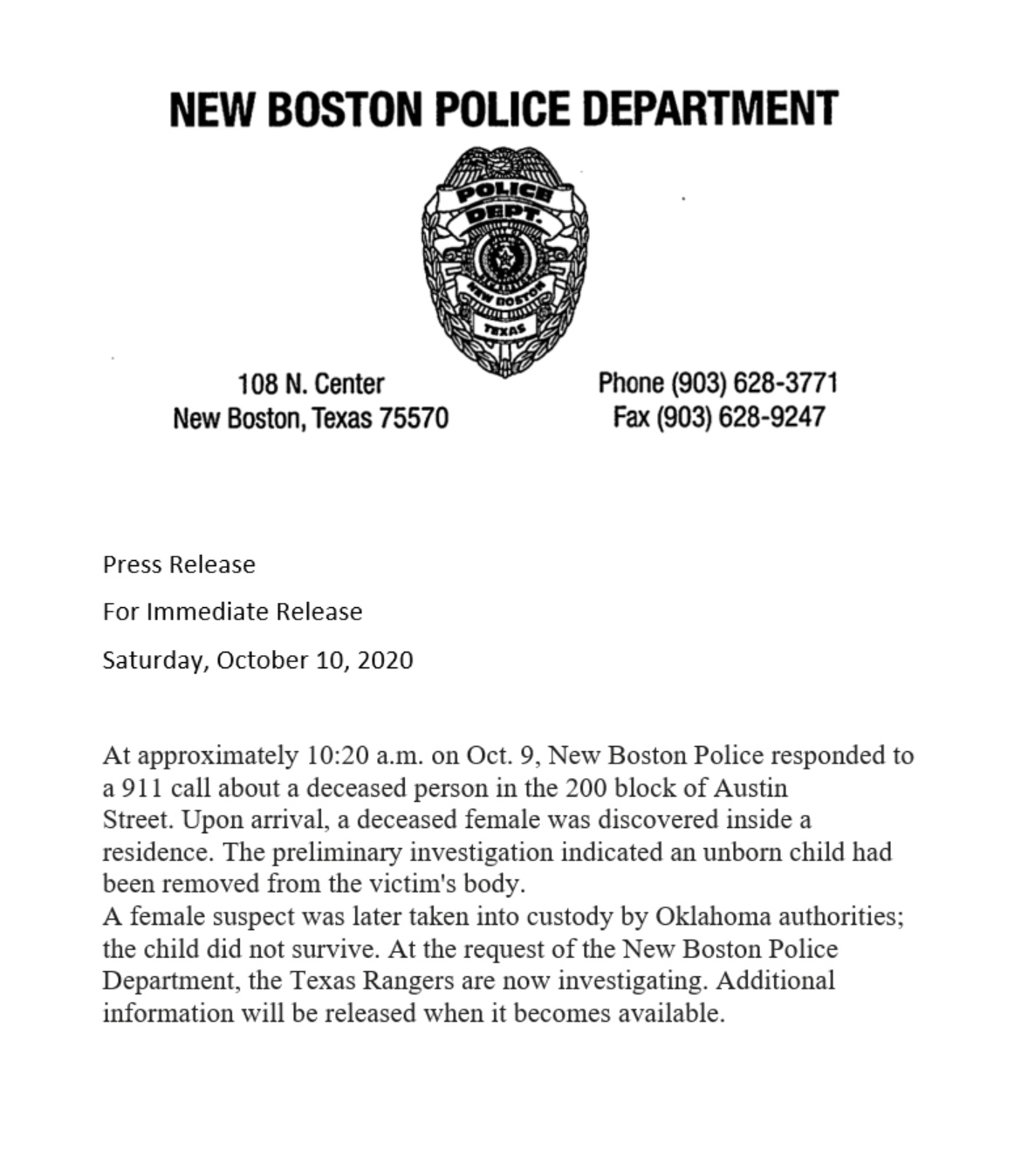 Investigators discovered that an unborn baby had been cut from Hancock’s body, cops said, and a female suspect was later arrested by authorities in McCurtain County, Oklahoma just across the state border.

“The child did not survive. At the request of the New Boston Police Department, the Texas Rangers are now investigating,” cops said.

The woman was charged with the kidnapping and murder of an unborn child and more charges are expected, KLTV reported.

Hancock was identified as the victim by her mother in social media posts on Facebook.

“God please save us from this hurt we have,” Jessica Brookes posted.

A fundraiser created via PayPal indicated that the woman who allegedly killed Hancock was known to the young mom.

“Reagan Hancock and her unborn baby were selfishly killed by someone Reagan considered a friend. We are trying to raise money for Homer and their daughter,” the post reads.

In an editorial in the local newspaper, the Bowie County Citizens Tribune, writer Kenny Mitchell published a moving tribute to the family.

“It is my prayer this morning that Reagan’s family can find a way to feel that compassion in the coming days. It doesn’t really make the pain go away, the pain and loss will always be there, but it will soften it just enough to allow them to survive it,” Mitchell wrote.

On August 6, Hancock posted that her excitement about the upcoming birth of her “SWEET BABYGIRL” with her husband, Homer Hancock.

“She already acts like her daddy & big sister. We cannot wait for our Braxlynn Sage to be here. Daddy is definitely outnumbered,” she wrote.