Hamas says it will fire rockets at Israeli towns of Beersheba, Ashdod if raids on civilian buildings in Gaza don’t stop.

The armed wing of Hamas says it will step up attacks and fire rockets at the Israeli towns of Ashdod and Beersheba if Israel continues to carry out air raids on civilian buildings in Gaza.

At least five Palestinians were killed in Israeli attacks on the besieged enclave since late Monday in the worst violence between the two sides since the 2014 war.

The escalation came after at least seven Palestinians were killed on Sunday in a covert Israeli operation, to which Hamas responded with rocket fire from Gaza.

Hamas’ warning that it would extend the range of its rocket fire was issued on Tuesday, hours after a rocket from Gaza killed an Israeli man in a direct hit on a residential building in the coastal town of Ashkelon.

The rocket was fired after an Israeli air raid destroyed Hamas’ Al-Aqsa TV building in Gaza on Monday evening. 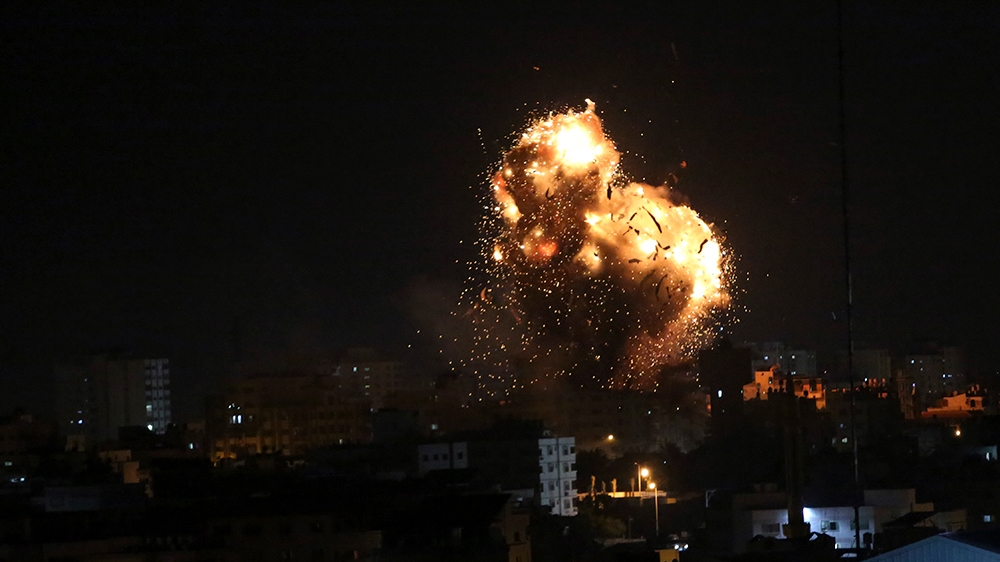 The spokesperson for the Hamas military wing said in a statement that Ashkelon “has entered the range of fire as a response to the bombing of civilian buildings in Gaza”.

“Occupied al-Majdal (Ashkelon) is now in our cross hairs in response to the shelling that targeted civilian buildings in Gaza … Ashdod and Beersheba are the next targets if the enemy continues to bombard civilian buildings,” Abu Ubaidah said on Twitter.

Of the three cities, Ashkelon is closest to Gaza.

Hamas said in a statement that its fighters were able to hit the bus near the settlement of Miflasim using a Kornet anti-tank guided missile.

It affirmed that the operation came in response to Israel’s raid east of Khan Younis on Sunday evening, during which seven Palestinians were killed.

Speaking to Al Jazeera, Ali Abunimah, cofounder of the Electronic Intifada website, said the video served as a warning to the Israelis.

“What we saw today on the video was Hamas had within its sights a bus full of Israeli soldiers. It could’ve fired at that bus when it was full – which would have been an entirely legitimate attack against a military target.

“Instead it allowed all the soldiers to disembark the bus, all except one who was injured, in order to send a message to Israel that ‘look, we have the capability to inflict tremendous damage to you, but we do not want an escalation’,” Abunimah said.

The Israeli army did not comment on the video.

Abunimah added that Israel was targeting the people of Gaza with “terror, bombing and killing”.

“But they’ve also subjected their own Israeli population to the retaliatory operations of the Palestinian resistance factions,” Abunimah told Al Jazeera.