A group of youths who brutally attacked a Morrisons security guard outside a store are being sought by police.

The attack was caught on film and is believed to have been filmed in Leeds, West Yorkshire.

The horrific clip shows the yobs shouting at the security officer before launching at him, throwing several punches.

He tries to kick back, but is unable to and is then forced against a wall before the youths begin to to shout obscenities. 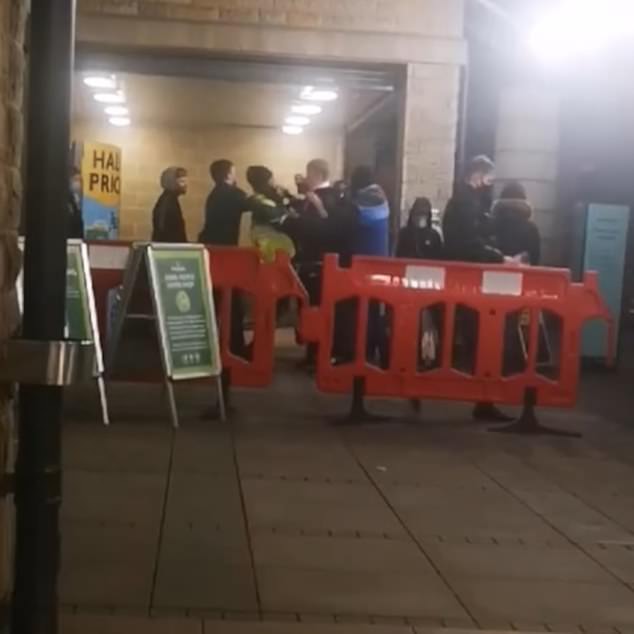 The video, believed to have been taken in Leeds, West Yorkshire, shows the group confronting the lone security officer outside the Morrisons store 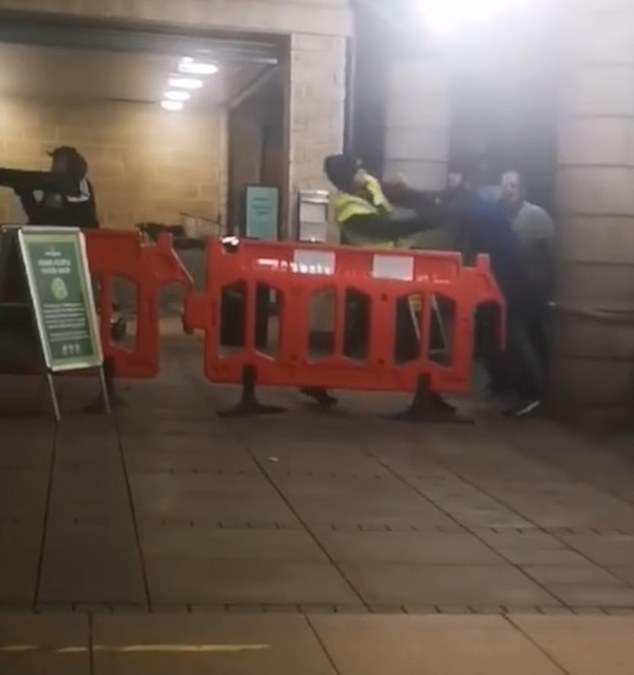 Another shouts: ‘He’s disabled man. You black b*****’ as one of the group attempts to enter the store.

A police spokesman confirmed they are looking for four men and a woman in relation to the incident which was caused when they were asked to leave over a prior incident.

The dramatic scene was captured by Charlene Horsman who uploaded the footage to Facebook captioned with: ‘It’s all kicking off at Morrisons Kirkstall.’

GJ Riggs said: ‘Absolutely appalling behaviour. The staff don’t get paid enough to put up with this s***.’ 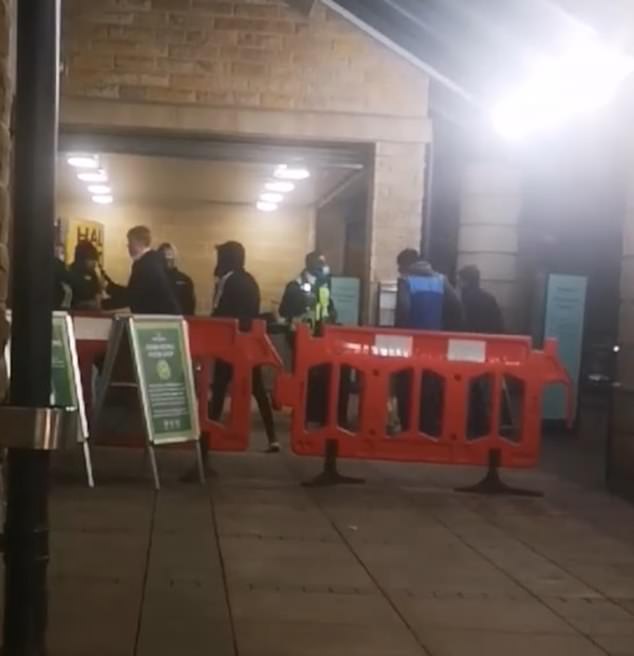 Olivia Lowry commented on the post: ‘I saw this happen and called the police for them.

‘There was some argument going on and then they all started on that one security guard.

‘Poor guy got thrown on the ground, it was pretty horrible.’

A spokesman for West Yorkshire Police said: ‘At 5.29pm yesterday (12/1) police were called to the Morrisons store, in Savins Mill Way, Kirkstall, where a group had assaulted staff after being asked to leave due to previous offending.

‘Officers attended but the suspects, four men and a woman, had left the scene. Officers conducted a search of the area but were unable to locate them.

‘Three crimes have been recorded in relation to the incident – racially-aggravated assault, assault and affray.’

A spokesman for Morrisons added: ‘We do not tolerate any form of anti-social behaviour in our stores.’ 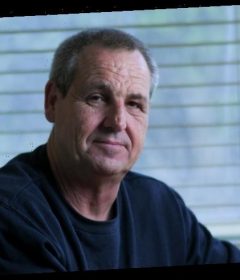 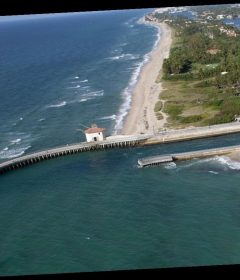