A former television reporter who became homeless and dependent on drugs and alcohol after a mental breakdown has been jailed for almost eight years after killing a friend in a drunken car crash.

Trent Evans had a successful career and worked in newspaper and television newsrooms around Australia, most notably at Channel Seven, where he was a reporter, newsreader and producer. 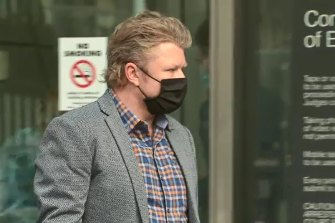 But after he suffered a mental health breakdown while living and working in Queensland in 2016, he left his job and returned to Melbourne, where he became homeless, was dependent on the drugs ice and GHB and regularly abused alcohol.

On February 27 last year, after he and Rex Willox drank several bottles of champagne over four hours at the latter’s Toorak home, Evans drove his friend’s Mercedes-Benz and lost control at high speed in Barkly Avenue, Burnley, crashing into a timber power pole.

The impact of the crash killed Willox, 44, who was in the front passenger seat, and snapped the power pole at its base. Police believe Evans was driving at 112km/h – almost double the speed limit – and he later recorded a blood-alcohol reading of 0.1, the County Court heard.

Evans, 45, was on Thursday jailed for seven years and 10 months after pleading guilty to culpable driving causing death. He must serve five years and two months before he is eligible for parole. 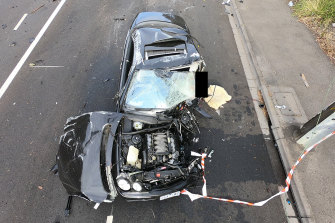 The impact of the crash in Barkly Avenue, Burnley.Credit:County Court

Judge Gregory Lyon said Evans told police at the scene he drove the car because he was the “more sober” of he and Willox.

“As a consequence of your level of intoxication, you were incapable of exercising proper control over the car you were driving,” Lyon told Evans, who watched the hearing on a video link from jail.

“The speed at which you drove and the alcohol in your system at the time you drove each constitute a very serious breach of the criminal law in their own right.

“However, when they are combined they make the objective seriousness of your offending very grave indeed.” 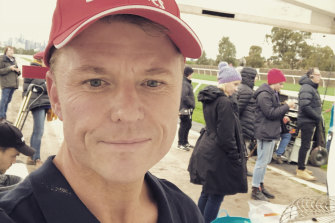 Willox’s sister declined to file a victim impact statement because, Lyon said, she feared she would struggle to find the words to express her grief. Those words, the judge said, were an “eloquent summary” of the loss she felt.

Evans, the court heard, was remorseful and would never forgive himself for the pain and sadness he had caused his friend’s family.

But the crash wasn’t the first time Evans had driven after too much to drink. He had past speeding offences dating back to 1995 and three drink-driving convictions between 2003 and 2005, one of which nearly landed him in jail.

He didn’t drive for a decade after the last of those convictions, but in 2016 the stresses of his work caused a breakdown, and he spent time in a mental health hospital. Later, he was assaulted while living rough.

Evans has been diagnosed with a personality disorder, but Lyon couldn’t rule the former journalist’s impulsiveness and other personality traits prompted his offending. The judge instead found Evans’ moral culpability to be high.

Evans was diagnosed with post-traumatic stress disorder after the crash and the judge acknowledged his time in prison would be onerous.