AN IRISH teen has died after suffering head injuries in a horror 10ft fall from a light tower on the island of Lanzarote.

The boy, aged 15, has been named locally as Mikey Leddy, from Navan, Co Meath. 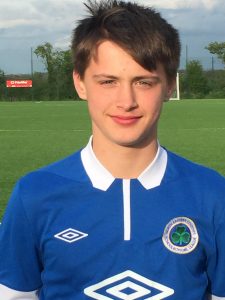 He died at the Jose Molina Orosa Hospital in Arrecife on the Spanish island on Tuesday evening after being injured in a freak fall in the holiday resort of Puerto del Carmen.

The teen had been on holiday with his family, and the incident occurred in the early hours of Monday morning on an avenue called Avenida de las Playas.

Mikey was taken to hospital in a critical condition after striking his head on the ground when he lost his balance while on a light tower.

He is understood to have fallen around 10 feet.

The teen went into cardiac arrest and was initially revived at the scene by police and paramedics who carried out CPR on him, before he was rushed to hospital – where he sadly passed away.

He was the kind of lad who would be strong and well-able; you would want him on your team. A popular figure – just a good lad.

Local Fianna Fail councillor Padraig Fitzsimons, who knew Mikey through the local GAA club, told news agency the Press Association that the community in Navan was shocked by his death.

He described the teen as a "likeable lad" and a "good team player" who had "loads of ability".

"He was the kind of lad who would be strong and well-able; you would want him on your team. A popular figure – just a good lad.

Cllr Reilly said: “It’s a terrible tragedy to happen to a well-known Navan family and my heart goes out to his siblings, Mikey’s dad Damien and his mum Aisling who is part of the Kelly family from Slane.

“Mikey was a very popular young man who had a huge circle of friends and a was great footballer with the O’Mahony’s GAA Club.

Cllr Reilly went on: "The whole town is devastated with the dreadful news that he's passed away."

He said that the family was well-respected and well-known in the town of Navan because they are involved in sporting organisations.

"The town is devastated by it, actually, that a young guy like this, just out with the family on holidays, can lose his life so simple," he added.

Fine Gael Cllr Yemi Adenuga said: “It’s a terrible situation and I ask everyone to think of Mikey’s family at this moment.” 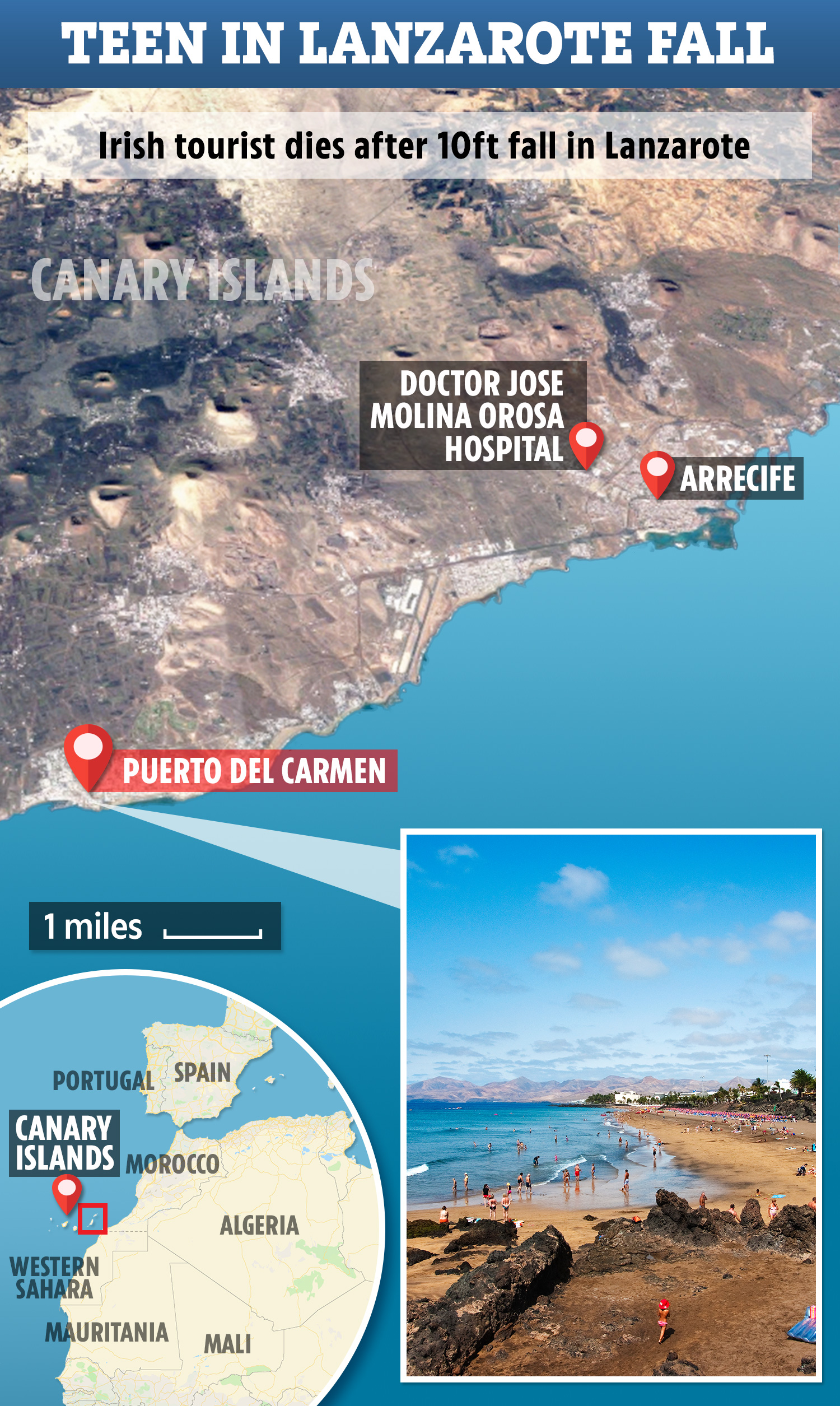 'UNTIL WE MEET AGAIN'

Friends have been posting their sympathies on Mikey’s Facebook page where one friend wrote: “R.I.P a cara Mikey Leddy may god take care of you now and give your family the strength to get through this.

"Until we meet again.”

"Our thoughts and deepest sympathies are with the Leddy family and Mikey's many friends and teammates.

Johnstown Football Club described the young footballer as a "champion" with a "fighting spirit".

In a tweet, the club wrote: "It is with great sadness our own Mikey Leddy has passed away this afternoon, the tragic event that has happened in the last 48 hours has shocked us all.

"We would ask that everyone remembers Mikey for the champion he was and his fighting spirit. He will be with us in our minds and spirit forever."

Ross Symonds posted on the club’s Facebook page: “It’s been an honour to coach Mikey for the last 4 years.

“He was a character, always gave 200 percent for his team mates, a lovely kid and a true champion for Johnstown… may you rest in peace Mikey Leddy, you will be missed but not forgotten.” 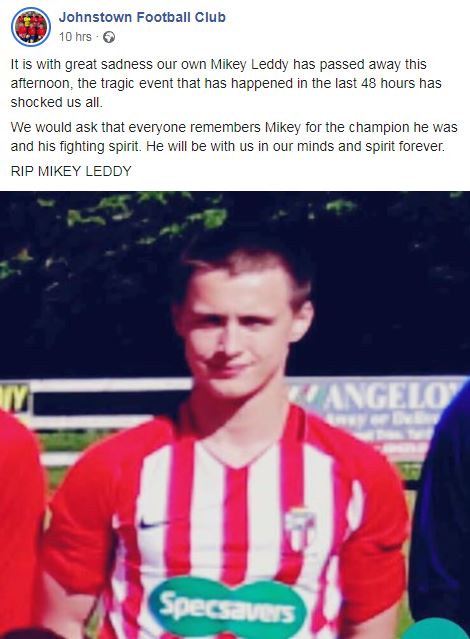 The Department of Foreign Affairs said it is aware of his death and is providing consular assistance.

A police investigation is underway in Puerto del Carmen, 10 minutes drive from the airport and a popular sunshine destination for Irish holidaymakers, on Lanzarote’s east coast.

It has been transformed from a small fishing village to the busiest resort on the island. 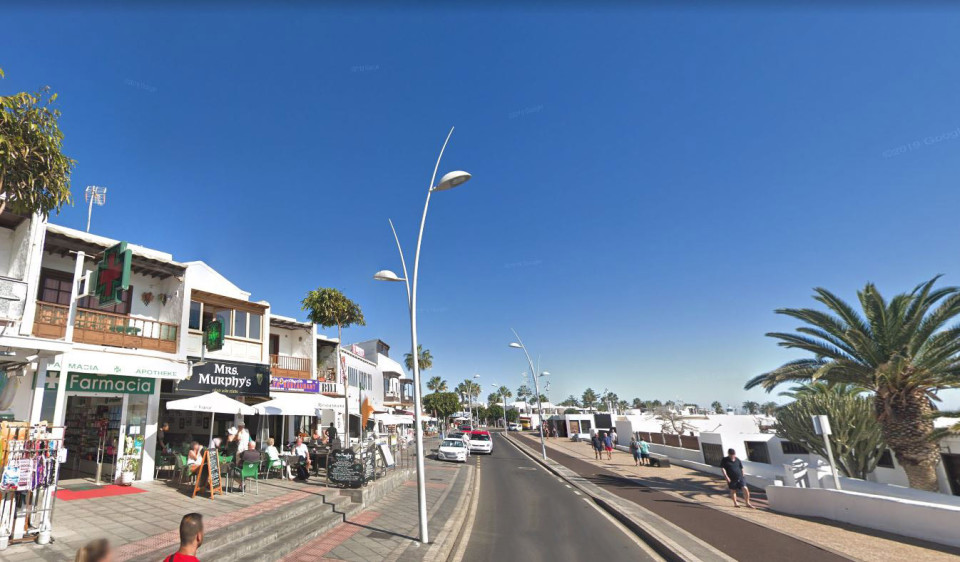 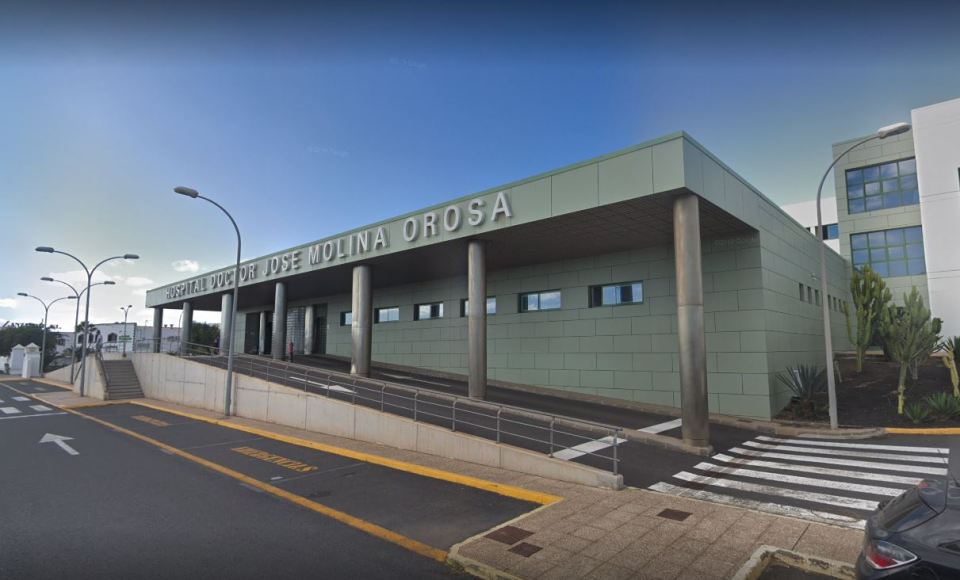