BRASILIA (Reuters) – Amid growing global condemnation, Brazil’s President Jair Bolsonaro said on Friday he may mobilize the army to help combat a record number of fires sweeping through the Amazon rainforest.

The Trump administration said it was “deeply concerned” about the wildfires and European leaders ratcheted up criticism of Brazil’s handling of the crisis, which now looks set to be discussed at a summit of G7 leaders in France this weekend.

French President Emmanuel Macron’s office went so far as to accuse Bolsonaro of lying when he downplayed concerns over climate change at the G20 summit in June, and said that France would now oppose the E.U.-Mercosur farming deal struck in June between the European Union and the Mercosur countries of Brazil, Argentina, Uruguay and Paraguay.

Stung by the international outcry, Brazil distributed a 12-page circular, exclusively seen by Reuters, to foreign embassies, outlining data and statistics defending the government’s reputation on the environment.

Having first dismissed the fires as natural, then blaming non-governmental organizations without evidence for lighting them, Bolsonaro struck a more serious note on Friday, saying he would summon top cabinet members to tailor a response.

Asked by reporters in Brasilia if he would send in the army, he said: “That is the expectation.”

Agriculture minister, Tereza Cristina Dias, insisted that Brazil was “taking care” of the Amazon, and that international concerns over the fires should be cooled down.

“The news is worrying, but I think we have to lower the temperature. The Amazon is important, Brazil knows that, and Brazil is taking care of the Amazon,” Dias told reporters.

Forest fires in the Brazilian Amazon, which accounts for more than half of the world’s largest rainforest, have surged 83% in number this year, according to government data, destroying vast swathes of a vital bulwark against global climate change.

The government agency INPE has registered 72,843 fires, the highest number since records began in 2013. More than 9,500 have been spotted by satellites over the past week.

Although fires are a regular and natural occurrence during the dry season at this time of year, environmentalists blamed the jump on farmers clearing land for pasture.

Farmers may have had at least tacit encouragement from the firebrand right-wing president, who took power in January.

Bolsonaro has repeatedly said he believes Brazil should open up the Amazon to business interests, allowing mining, agricultural and logging companies to exploit its natural resources. 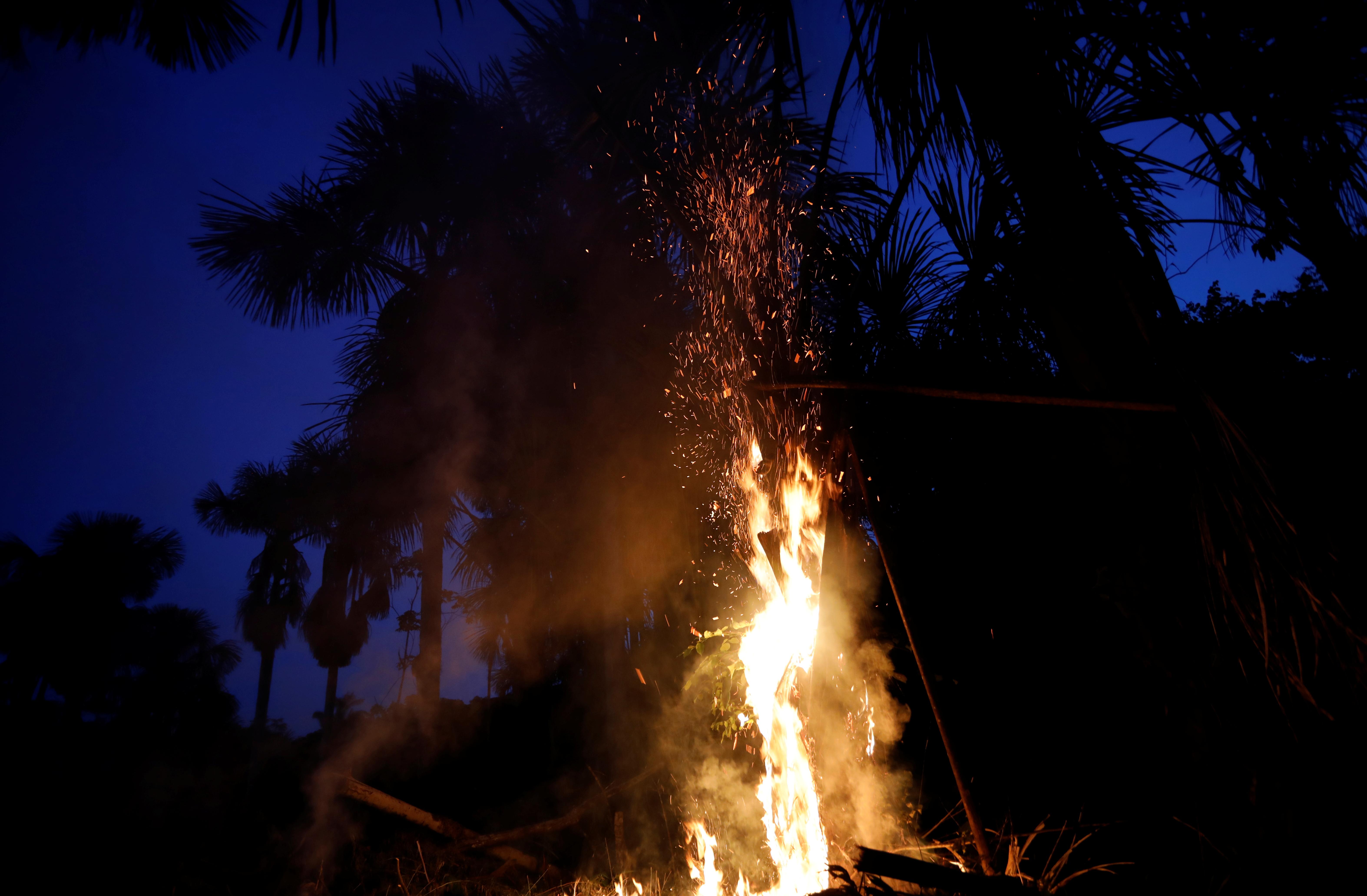 On Thursday, Bolsonaro admitted for the first time that farmers may be behind some of the fires.

The president is set to meet with a team that includes the defense and environment ministers and the foreign minister at 3 p.m. local time (1800 GMT).

As the fires burned, foreign pressure continued to grow. Several hundred activists protested outside the Brazilian embassies in Paris and London on Friday.

British Prime Minister Boris Johnson tweeted that the fires were “not only heartbreaking, they are an international crisis,” while a spokeswoman said Johnson would use the summit of G7 leaders this weekend to call for a renewed focus on protecting nature.

German Chancellor Angela Merkel and France’s Macron also believed the fires should be on the G7 agenda.

Irish Prime Minister Leo Varadkar said Dublin would also vote against the E.U.-Mercosur deal, which will not be officially ratified for another two years.

“There is no way that Ireland will vote for the EU-Mercosur Free Trade Agreement if Brazil does not honor its environmental commitments,” he said in a statement.

Alexandre Antoine, director of science at Britain’s Knew Royal Botanic Gardens, urged that import sanctions be imposed on Brazil because of the fires. 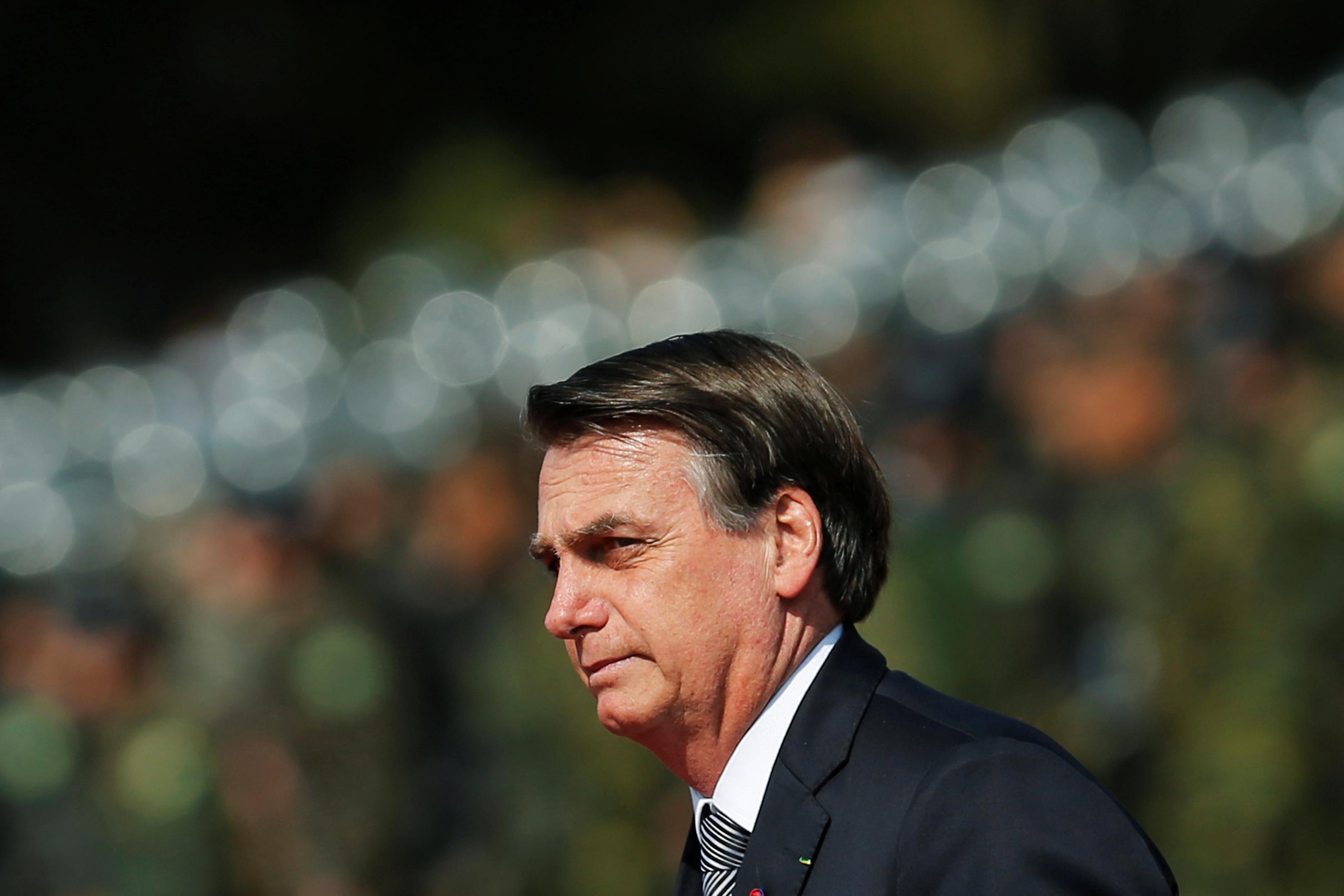 “Immediate action is necessary to extinguish the current fires and prevent future ones,” the Brazilian scientist said.

On Thursday, Bolsonaro responded angrily to what he saw as foreign interference.

“These countries that send money here, they don’t send it out of charity. … They send it with the aim of interfering with our sovereignty,” he said.