BBC star turned pastor, 44, launched sex attacks on 33 men and boys while they slept at church camps or events and filmed victims urinating and showering over 30-year reign of terror

A former BBC presenter and church pastor carried out 40 sex offences against 33 men and boys over three decades – with most of his victims asleep at the time.

Benjamin Thomas, 44, of Flint, preyed on his victims in North Wales, Shropshire, London and Romania, with his crimes starting when he was only 14 or 15 years old.

The married father-of-three targeted his victims when they were asleep but most of them had ‘no idea’ they had been sexually assaulted, Mold Crown Court was told.

Simon Rogers, prosecuting, said Thomas had recorded some victims as they used the toilet or bathroom, which he admitted was for ‘his own sexual gratification’.

Thomas’s youngest victim was 11 and the oldest 34, with many of the sexual assaults taking place at Christian camps and other church-related events. 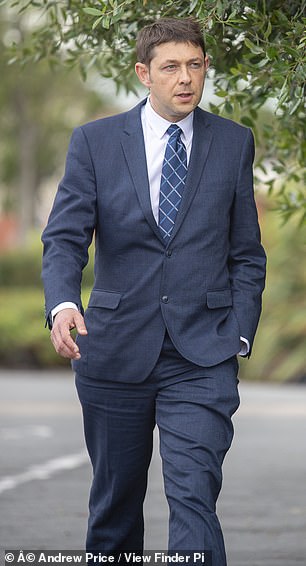 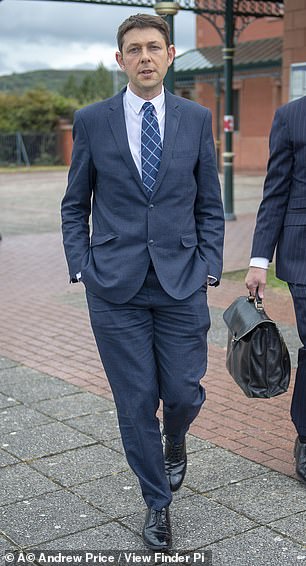 Benjamin Thomas (pictured at Mold Crown Court on June 19) preyed on his victims in North Wales, Shropshire, London and Romania

Mr Rogers said one victim had talked with Thomas before going to bed ‘about Jesus overcoming the devil’, before waking in the night ‘to the bed shaking’ and ‘felt the blankets’ tighten.

This happened three times and on the third occasion he ‘jolted up in bed’ and switched his mobile phone light on and found Thomas ‘slumped between the sheets and looking flustered’.

Mr Rogers said: ‘The defendant said, ‘there was three of them, they went round and round.’ The [victim] then jumped into his car and left, because he was so scared.’

In a statement read to the court, one victim described feeling angry, hurt, disgusted, let down and violated. He said: ‘His face won’t leave my thoughts.’

Another said he forgave Thomas. He said: ‘I don’t know what Ben has in his heart but I do know if Christ is in his heart I will see him in heaven.’

The court heard that on some occasions Thomas told his victims he had been ‘sleepwalking’ after he sexually assaulted them.

When interviewed by police, Thomas said that if his victims stirred he would stop ‘because he did not want them to know what he was doing.’

He was asked what benefit he got from sexually touching his victims and he replied: ‘I’d derive sexual pleasure from that, that’s part of my offending.’ 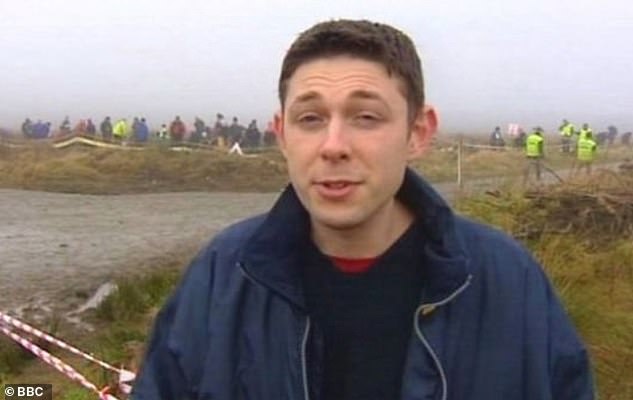 Thomas  worked for BBC Wales as a reporter and a presenter on Ffeil, the Welsh language news programme for young people, and on Wales Today

But many others couldn’t recall being assaulted and were ‘shocked’ and ‘sickened’ when told by police that Thomas has confessed to his crimes. Other victims have never been traced.

On one occasion, Thomas had placed a mobile phone in a washbag so he could film boys urinating and taking a shower.

He had done so for his ‘own sexual gratification’ and watched the videos back several times but not shared them with anyone.

Thomas admitted ten counts of sexual activity with a child, eight sexual assaults, and four attempts to commit sexual assault at a previous hearing in July.

Some of the offences date back to 1990, but the most recent offences happened at the end of last year shortly before he was arrested. 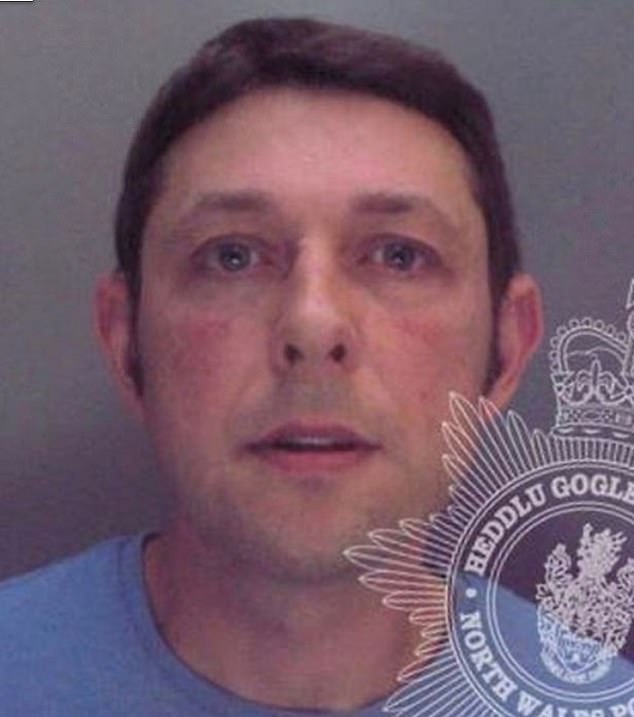 The married father-of-three targeted his victims when they were asleep, the court was told

A series of victim impact statements were read to the court.

One victim said: ‘I feel completely violated by Ben in that he took advantage of me in such a manner.

‘He assaulted me and used me for his own sexual gratification, this is very difficult to comprehend.

‘I feel for his family, especially his wife and children, it must be a nightmare for them.’

Thomas had been bailed ahead of today’s sentencing hearing but was subsequently remanded in custody last month at his own request.

‘There’s the exemplary character and good things he has achieved in his life but the very bad things he was doing at the same time.’

He worked for BBC Wales as a reporter and a presenter on Ffeil, the Welsh language news programme for young people, and on Wales Today.

He left the BBC in 2005 to preach on the streets of London, before returning to Wales in 2008 as pastor of the Criccieth Family Church in Gwynedd. 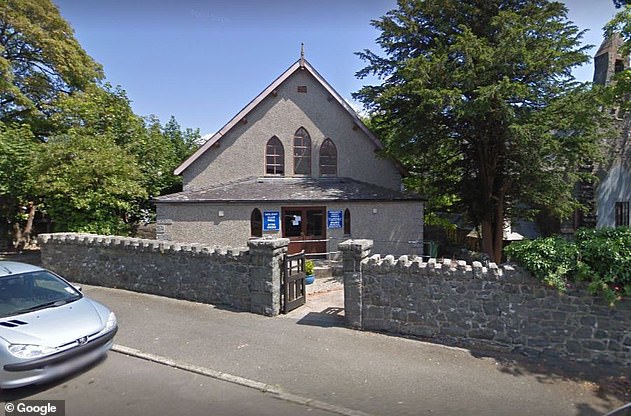 A S4C programme screened in 2009 told of Thomas’s journey to the capital, where he ran a small evangelical church at the back of a cafe in Covent Garden, and his subsequent return to rural Wales with his wife Bethan – daughter of former Welsh Secretary Alun Michael – and their three children.

He resigned from his post at the Criccieth Family Church last year after his arrest last September.

In a statement following his conviction, the church said: ‘His arrest last September came as a complete shock to the church, the community in Criccieth and beyond.

‘Ben came highly recommended to this church and his safeguarding checks were satisfactorily completed during his time with us.

‘We are now devastated by the revelation of such sin and grieve over the pain caused to the innocent victims, the betrayal and deception.’

‘It is an awful breach of the trust placed in him by the victims and their families, and I cannot begin to imagine what impact the revelation of his offending has had on them.’

She added: ‘North Wales Police are very grateful for the strength and courage shown by all victims and their families; this has greatly assisted our investigation to ensure justice has been done.

‘I am also grateful to the Evangelical Church and their safeguarding team for their assistance during the investigation.’

The hearing continues and Thomas is expected to be sentenced on Friday.