The Transportation Security Administration found a dog inside a carry-on backpack that was “accidentally sent through the X-ray” at a Wisconsin airport this week.

In a Tuesday tweet, TSA Great Lakes shared an image of the backpack in a bin at airport security and its X-ray – which shows the outline of a dog inside the traveler’s carry-on at Dane County Regional Airport (MSN) in Madison, Wisconsin.

TSA spokesperson Jessica Mayle confirmed to USA TODAY that the small dog, which was a Dachshund Chihuahua mix, was alright when it came out of the machine on Sunday, “just a little skittish.” Mayle explained that the traveler was “unaware” about the screening protocol required for animals and did not tell TSA officers prior.

“After (the dog) was discovered by the X-ray operator, the officer explained the proper process to the passenger and confirmed she had disclosed she was traveling with the pet to the airline,” Mayle wrote in an email to USA TODAY on Wednesday. “After her bags were cleared, she proceeded to her gate.” 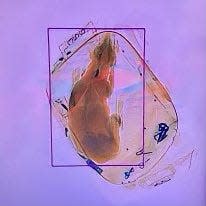 Mayle said the agency chose to share this story in hopes of reminding people about the rules and guidelines for traveling with animals at airports.

According to the TSA website, animals should never be put through an X-ray tunnel.

Flying with a dog for the first time? We asked a vet for advice.

Flying with a dog? Here’s how to ensure a smooth flight for your pet

When going through security, dogs and cats, for example, can either be screened privately in a separate room or walk with a traveler through the metal detector on a leash, TSA spokesperson Lisa Farbstein previously told USA TODAY. An empty pet carrier will still need to go through security’s X-ray to ensure there are no prohibited items.

Each airline’s policy for traveling with animals is also different, so check with your carrier before you get to the airport about carry-on policies and/or special shipping options. Different rules apply to certain pets.

A dog was accidentally sent through the X-ray @MSN_Airport this week. When traveling with any animal, notify your airline & know their rules. At the checkpoint, remove your pet from the bag and send all items, including the empty carrier, to be screened in the machine. (1/2) pic.twitter.com/JLOStCDsir

It’s also crucial to make sure that a pet carrier is properly ventilated, to ensure the animal’s safety.

What’s everyone talking about? Sign up for our trending newsletter to get the latest news of the day

This week’s incident doesn’t mark the first time the TSA has found a pet in a traveler’s luggage. Last month, a cat was found inside a traveler’s checked luggage at New York’s John F. Kennedy International Airport.