Shocking video shows moment dangerous driver, 27, narrowly misses girl riding her bike while he is being chased by police as he is jailed for 10 months 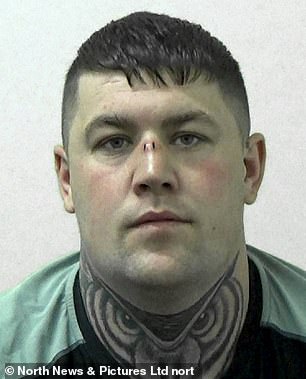 Adam Pallister, 27, was jailed by Newcastle Crown Court after he admitted dangerous driving during a police chase in August

This is the shocking moment when a dangerous driver narrowly missed a child riding her bike while he was fleeing from police.

Adam Pallister has jailed after he drove recklessly close to the path which the girl was riding on, before heading down a residential street on August 21.

Pallister, 27, who was uninsured and without a licence, also jumped a series of red lights during the chase.

Appearing at Newcastle Crown Court on November 16, Pallister was sentenced to ten months imprisonment after pleading guilty to dangerous driving, having no insurance, and no licence.

He was also banned from the roads as a result of his actions, which have been condemned by Sergeant Matt Sykes of Northumbria Police.

Pallister, of Boldon Colliery in County Durham, refused to pull over during the chase from South Shields to Jarrow.

Mr Sykes said: ‘The footage of Pallister’s driving speaks for itself – and could so easily have resulted in serious injury or a fatality. 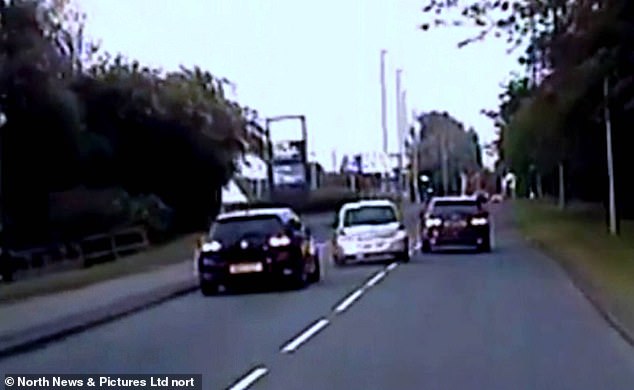 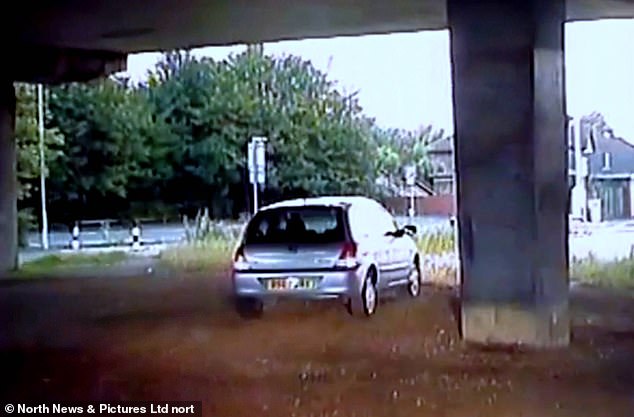 At one stage during the chase, Pallister attempted to drive off road in an attempt to lose the police

‘Pallister can be seen driving through red lights, travelling on the wrong side of the road and even going off-road in a desperate bid for freedom.

‘The most harrowing moment comes as he sharply turns into a residential street. Had he done so a few seconds later, he could have hit a young child who was riding her bike and approaching the junction.

‘There is absolutely no excuse for Pallister’s behaviour and I am pleased that he has now been banned from the roads. He proved he cannot be trusted to adhere to the laws of the road.

‘We will continue to take appropriate action against those who flout the law and put the lives of other road users and our communities in danger.’ 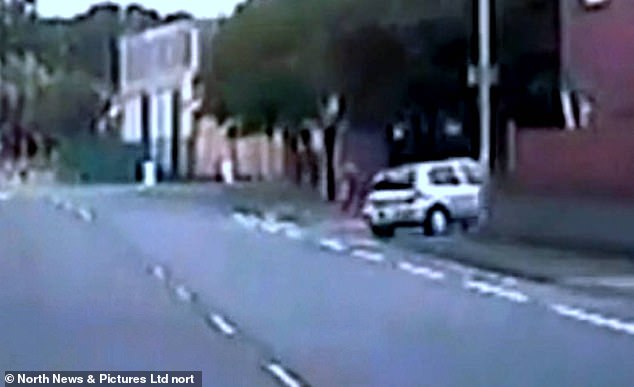