A crippled spider named Peggy who was nursed back to health has been released into the wild.

Elina Walsh, from Townsville, Far North Queensland, went viral after she found the huntsman with six legs missing and adopted her earlier this year.

Ms Walsh documented Peggy’s recovery on a popular Instagram page and used the platform to share a video of the spider being set free on Sunday. 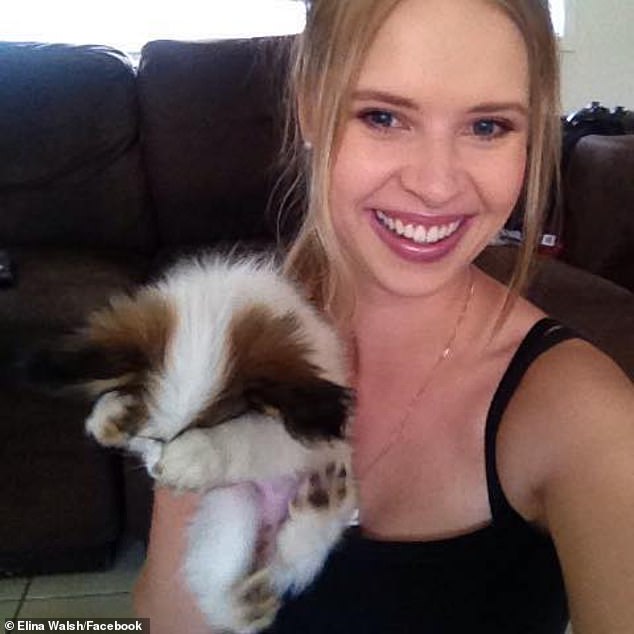 Elina Walsh (pictured), from Townsville, Far North Queensland, adopted a two-legged spider named Peggy in June and nursed the huntsman back to health 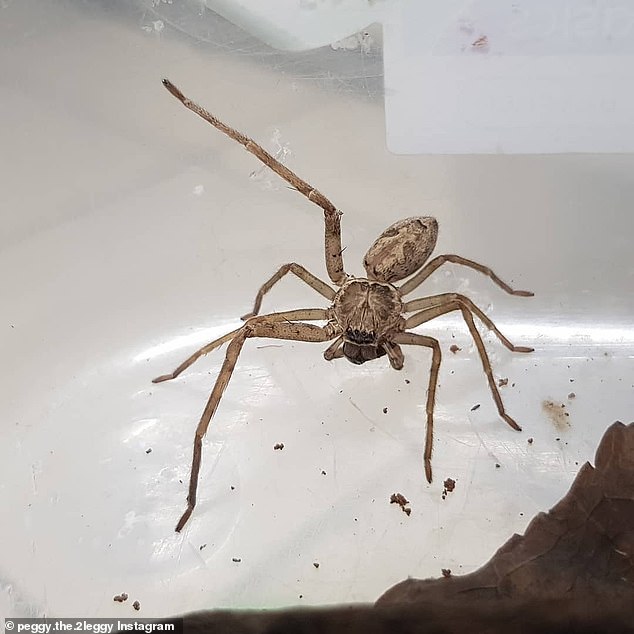 Ms Walsh helped Peggy (pictured) regrow her legs and the spider was released into the wild on Sunday. Peggy’s recovery was documented on Instagram and amassed 4000 followers

The footage showed Peggy darting around her enclosure, with all eight legs regrown, before running out of the container and into a garden.

‘Judging by how fast Peggy ran out of there it’s safe to say she was ready to go back outside,’ Ms Walsh said.

‘It is a bit of a bittersweet moment for me but I’m happy she can finally live free like a normal spider again.’

The animal lover found Peggy inside her home and established the Instagram page, which has over 4000 followers, in June.

Ms Walsh hand-fed the emancipated spider cockroaches twice a week and Peggy managed to regrow all her limbs after shedding her skin twice.

The animal lover’s compassion and care also earned her a Hero to Animals Award from animal activist group PETA.

‘Taking care of Peggy the last few months has taught me some new lessons on spiders, and no doubt you guys have learnt something new about them too. 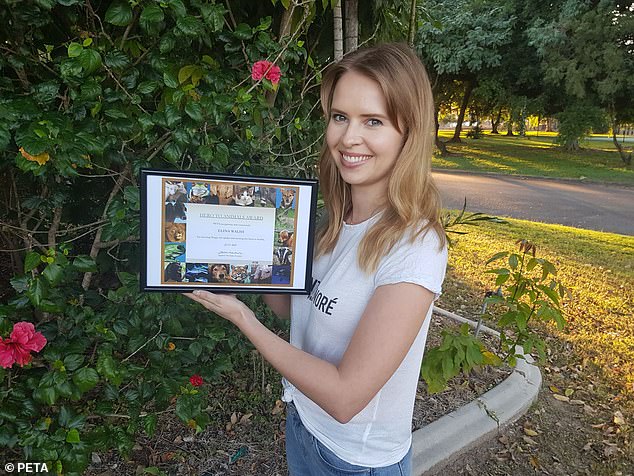 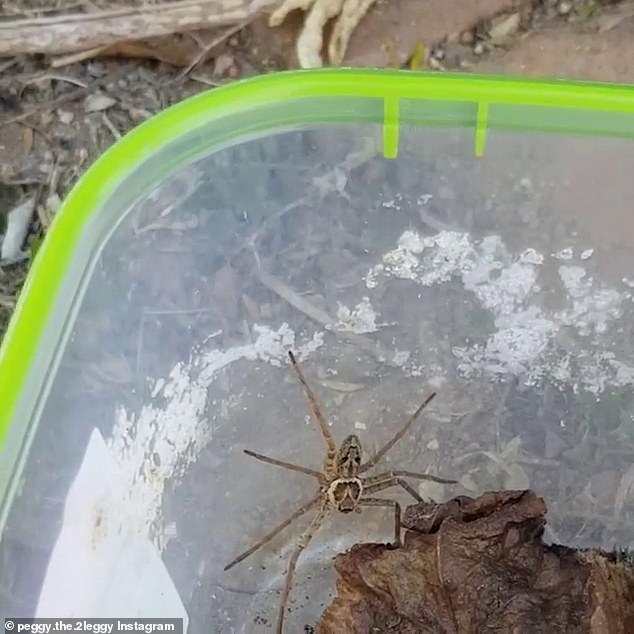 ‘I hope that through Peggy’s story I’ve been able to help others have a more positive view on spiders,’ she explained.

Ms Walsh said she suspected the arachnid had been attacked by a bird or a gecko and was initially going to put Peggy out of her misery.

Early images showed Peggy with just two of her legs when Ms Walsh first started to care for her. 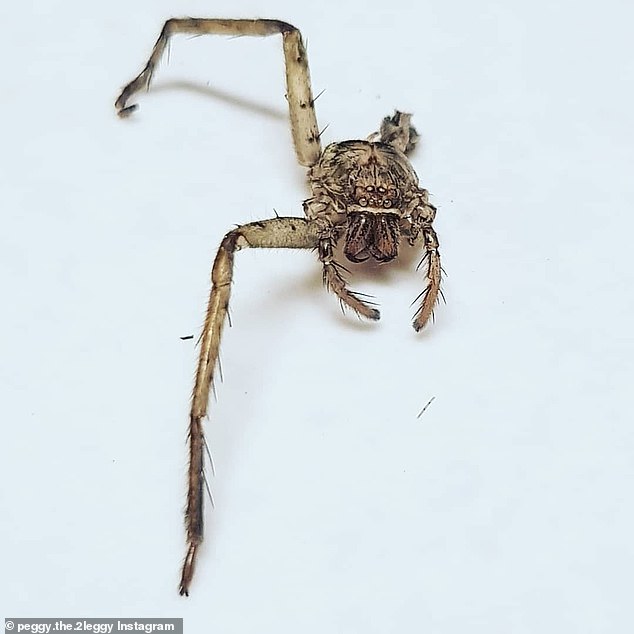 More recent updates showed Peggy in the later stages of her regeneration with her legs regrown and stalking her prey.

PETA spokeswoman Emily Rice said the organisation stumbled upon a Facebook post about Ms Walsh’s efforts and wanted to recognise her.

‘We take our hats off to this compassionate woman, who displayed great care and respect for Peggy and went above and beyond to save her life,’ Ms Rice said.

‘Spiders are sentient beings with a will to live, just like humans, and they all deserve the same kindness and respect that Peggy has been shown by Elina.’

Is the Huntsman Spider dangerous?

The huntsman spider is not considered dangerous to humans.

The spider does possess venom and a bite can cause irritation but they are rarely known to attack.

Huntsman spiders usually choose to run away and hide rather than be aggressive.

They typically survive in homes or in the wild by eating pests including flies and various bugs.

They are native to Australia and similar species of huntsmen spiders can be found in the U.S. and most of the world.