Covid spikes in Benidorm and nearby Spanish town linked to nightlife

Night fever: Covid spikes in Benidorm and nearby Spanish town where cases have TRIPLED in a week are linked to late-opening bars and clubs – as health chief blames youngsters for spreading bug

A popular tourist resort just seven miles from Benidorm is on the verge of a coronavirus lockdown after positive cases trebled in a week.

The mayor of favourite beach destination Vila Joiosa says he will not hesitate to take tough action if residents, particularly young people, fail to heed warnings about social distancing and wearing masks.

Benidorm has come under the same warning from Valencia health leaders who say the young population is now vulnerable and must act ‘with prudence’. 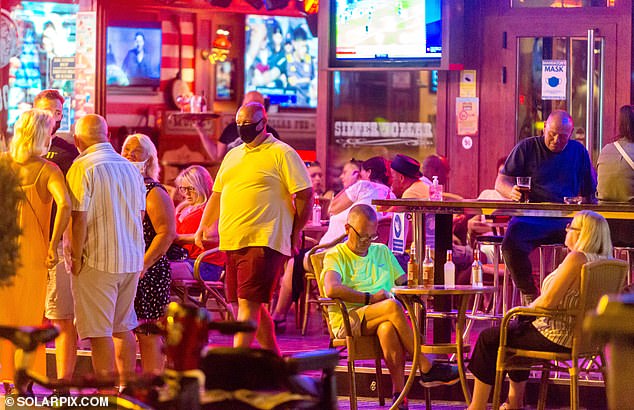 Vila Joiosa’s mayor Andreu Verdú feels youngsters are to blame for the spread of the virus as they are not taking the pandemic seriously enough.

Health chiefs say many of the new positives are asymptomatic so they have no idea they are giving coronavirus to other people.

In the last week of July, Vila Joiosa had just seven cases of the virus but this has now trebled to 21.

The reported cases are mainly linked to the field of leisure and occur among young people.

The local council has asked residents to be responsible to avoid a total lockdown and has stepped up disinfecting of parks and common areas.

The local police are also to step up patrols and will be warning young people about the need to wear masks, as well as controlling social distancing and crowds on local terraces. 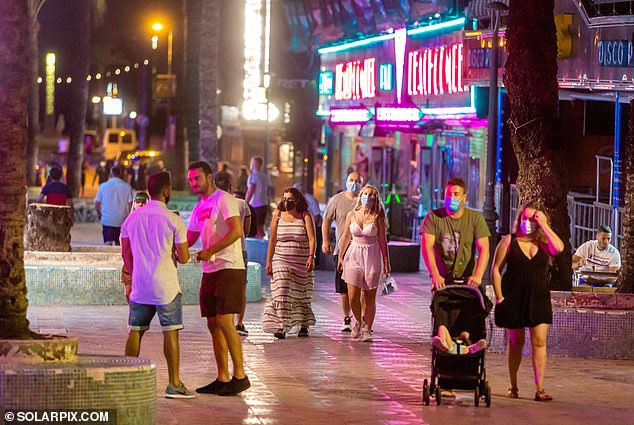 The mayor said: ‘We are calling for caution and prudence and, especially among young population, responsibility as this sector of the population is the one that has become the main transmitter of new cases.’

He stressed that the town’s coronavirus regulations were mandatory, warning: ‘If the increase in infections continues, more drastic measures will have to be taken, confining the town if necessary in order to preserve public health.’

Public health officials say they are ‘very concerned’ about the increase in cases, with regional director Teresa Revilla confirming: ‘There has been a relaxation of social distancing and prevention measures and most of these infections are framed in the field of social and family gatherings.’

Numerous contacts of those infected are currently being traced and tested and told to go into isolation for 14 days, regardless of the result.

The coastal town of Vila Joiosa is just seven miles from Benidorm and it is feared young people might travel into the main resort and unknowingly spread the virus.

Benidorm has seen a low level of coronavirus outbreaks but the latest, with three positives confirmed on Friday, are believed to be linked to nightlife. 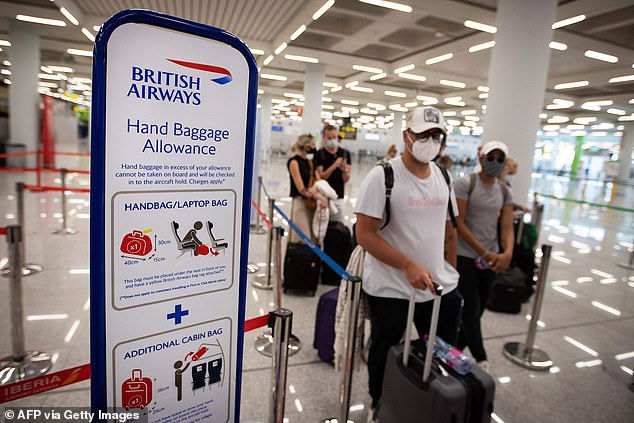 British tourists wait to check in for a flight to London at the airport in Palma de Mallorca on July 27, days after the UK Government introduced new quarantine rules for Spain

In mid-July, four members of the same family tested positive in Benidorm.

Both Vila Joiosa and Benidorm fall within Valencia and health minister, Ana Barceló says the highest number of cases belong to outbreaks in the age group between 15 and 34 years (54.4%).

Most have not shown any symptoms or only been slightly unwell but there have been some hospital admissions.

‘I want to appeal to caution and prudence, especially in the segment of the young population, since it is precisely that sector of the population that has become the main transmitter of new cases,’ she warned.

Anyone planning an event with more than 150 people now has to get written permission from the regional government and prove that all security measures are in place.