Poor couples are damaging children’s lives because they are less likely to get married, report reveals as rugby star Courtney Lawes urges parents to tie the knot to create a ‘stable family’

Couples with lower incomes are damaging children’s lives because they are less likely to get married, a new report has revealed.

The research by the Centre for Social Justice (CSJ) said that poorer couples are more likely to live together and not be married.

The report also criticises the government for failing to support less well off couples in making the choice to commit to each other, leading to higher levels of family instability if they have children, as reported by The Times.

It comes as England rugby star Courtney Lawes called on the Government to incentivise marriage after the newly-released report also showed unmarried couples are four times more likely to split.

The 31-year-old, who plays second row for Northampton, said: ‘A stable family means one where parents are married.’ 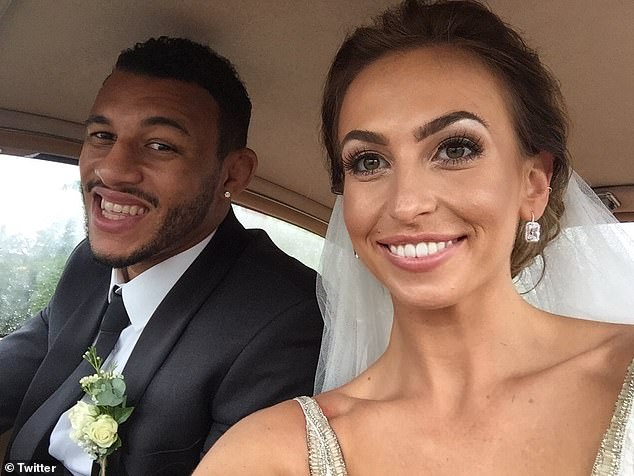 Courtney Lawes, 31, pictured on his wedding day with wife Jessica, called on the Government to incentivise marriage as reports show unmarried couples are four times more likely to split

He revealed how his half-brother didn’t enjoy a stable upbringing like he did, and ended up in jail, according to The Sunday Telegraph.

Lawes was brought up by parents Linford and Valerie, but questions if his sibling’s life could have been different if he had ‘grown up in a more stable home’.

Mr Lawes told Radio 4’s Today Programme on Monday:’ A marriage is a good kind of indicator for the stability of your relationship and maybe as well where you are financially.

‘At the end of the day its about giving your children the best opportunity they are going to have. Being in a marriage does incentivise you to work on things if they are not going well, work on them more.’

He added: ‘I probably wouldn’t be playing rugby now if my mum and dad hadn’t of been together. 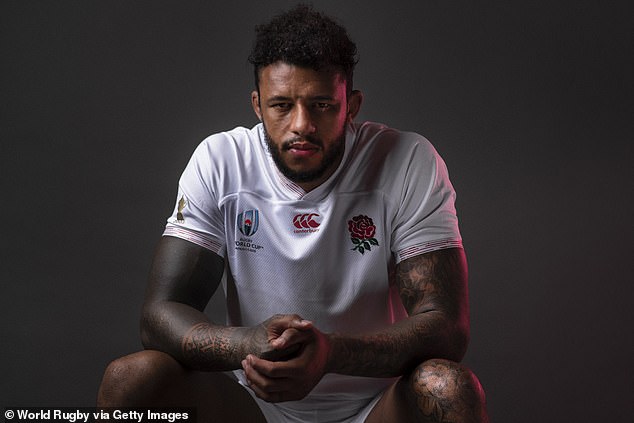 The England rugby star revealed how his half-brother didn’t enjoy a stable upbringing like he did, and ended up in jail

‘You know not coming from a lot of money, if we didn’t have two incomes there was no way I would have been able to do what I was going to do.’

It is also reported that 70 per cent of young offenders come from families where parents have separated.

The CSJ report revealed a teenager growing up in the poorest 20 per cent of households is two-thirds more likely to experience family breakdown than a teenager in the top 20 per cent.

She claimed the marriage ‘gap’ had become a ‘social justice issue’.

The report has accused the Government of ‘blurring the lines’ between marriage and cohabitation as it is revealed data collection does not distinguish between the two.

Addressing the problem could reduce the £51billion per year cost of family breakdown on the NHS, the criminal justice system and the Treasury.